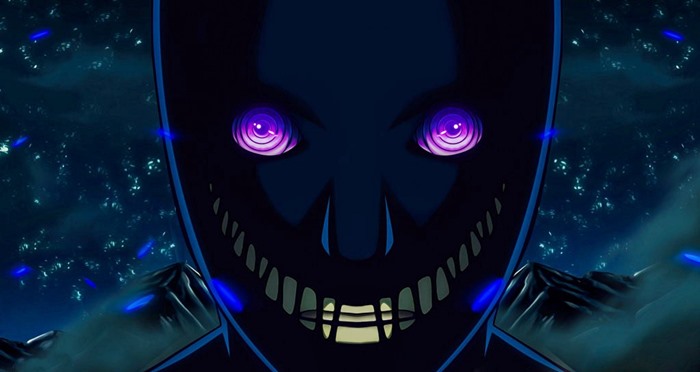 1 ⇒ The name ‘Zetsu’ means ‘tongue’. A fitting name, as Black Zetsu was referred to as ‘Wicked Tongue’ (Dokuzetsu) based on his personality.

3 ⇒ Zetsu wishes to fight people who are likely to leave behind a corpse that will make a good meal.

4 ⇒ Zetsu’s favourite food is chewy people, while his least favourites are konnyaku and jelly.

5 ⇒ Zetsu’s favourite phrase is Independence unbending (Dokuritsu Futo), which roughly means ‘The only one you can count on is yourself’.

6 ⇒ Wherever Tobi (Obito) is, Zetsu is never far behind.

7 ⇒ In the fourth databook, neither kekkei genkai nor kekkei mora is listed among Zetsu’s special characteristics, despite it possessing both through its host bodie’s at different times, and through Senju Hashirama’s cells. Similarly, none of the techniques that Zetsu used listed it as a user.

9 ⇒ After Black Zetsu covered Uchiah Obito’s body, the Uchiha talks to Uchiha Madara and slowly forms what appears to be a Truth Seeking Ball over the back of his left hand, which then pierces through it to become a Khakkara. At the same time, the Black Zetsu seems to vanish from the hand, suggesting that it was turned into the black orb.

10 ⇒ Just before Uchiha Madara absorbed the Ten Tails into himself, a voice spoke to him, wishful him to Absorb me. The God Tree the Ten Tails. Absorb everything. Interestingly, the voice uses katakana, a unique style of speaking only used by the Black Zetsu, while referring to itself using “Ware”, an archaic personal pronoun. In Naruto Shippuden Ultimate Ninja Storm-4, the voice is Kaguya’s.