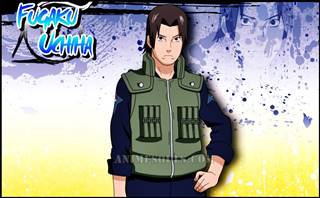 Lajeado Lajeado Fugaku Uchiha is a clan leader, as well as the leader of the Konoha Military Police Force.

Mangekyou Sharingan of Fugaku rise when a close friend died during the Third Shinobi World War.

After the Third Shinobi World War ended his clan members questioned Kakashi Sharingan eye given by Obito. Fugaku allow the eyes remain on Kakashi, as a tribute to the last testament Obito.

When Hiruzen Sarutobi (the Third Hokage) ready to step down, including one candidate Fugaku Fourth Hokage. Although eventually Minato selected.

Fugaku put into ANBU Itachi as a spy, in order to provide information to the clan.

According to the data (Databook), Fugaku blood type is AB. Itachi and Sasuke also has the same blood type.

Fugaku strong enough to control the Nine-Tails using his Mangekyou Sharingan. But he kept it secret because he was afraid of his clan will be asked to use Nine-Tails to attack the village of Konoha.

Although initially told that Fugaku as not appreciate Sasuke and Itachi always praised, but in fact it Fugaku loved Sasuke. It is known from one episode, where Mikoto (the wife of Fugaku) recalled that when she was alone with Fugaku, Sasuke was the one who always talked about Fugaku.

At the fall of the Uchiha, Fugaku and Mikoto did not resist when confronted by Itachi, and let Itachi kill them. Before dying, Fugaku told Itachi that he remained proud of Itachi, and ask Itachi to keep Sasuke. A sad ending.

Okay that’s a fact of Uchiha Fugaku could Animesouls.com If anyone wants to comment, please comment in the box below. Do not forget to share this article, thanks 🙂