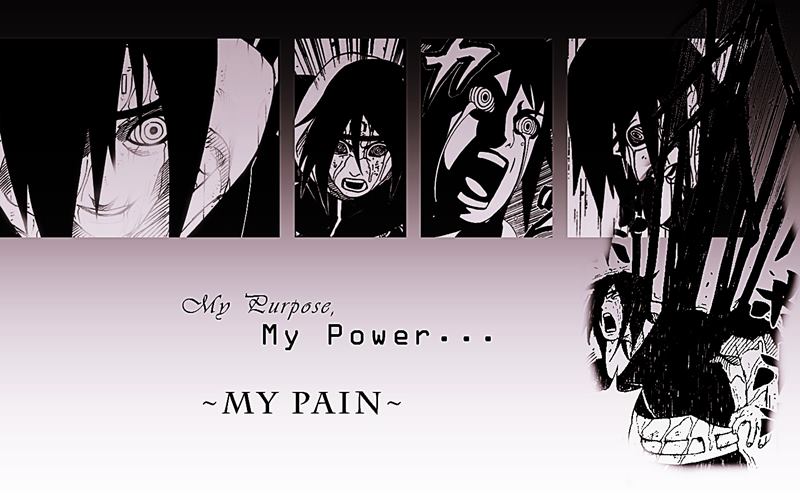 1 ⇒ The name ‘Nagato’ means ‘long lasting gate’. He may be named after the famous ninja Fujibayashi Nagato who, in the 16th century, was considered to be one of three greatest Iga jonin. The other two were Hattori Hanzo (Hanzo’s supposed namesake) and Momochi Sandayu “Zabuza Momochi’s supposed name sake”. In line with his parents, Nagato is also named after a World War II Japanese battleship.

2 ⇒ Studio Pierrot’s Settei sheets of Nagato Uzumaki show that he was 149cm around the time he killed the Iwa chunin to protect Yahiko, and 163cm when Jiraiya left the Amegakure.

3 ⇒ During the Kazekage Rescue Mission, Nagato Uzumaki’s Rinnegan were depicted with wrong colours due to the Rinnegan not having been illustrated with colour’s in the manga yet.

4 ⇒ In keeping with Nagato ‘God’ theme, Nagato theme song is ‘Girei’ a haunting theme that consists of holy chanting.

6 ⇒ Nagato desired opponent was anyone in order to protect his friends.

8 ⇒ Nagato Uzumaki’s favourite phrase was ‘The stars are hidden on a rainy night’ ( Yuya no hoshi). As a child, it was ‘Growing up’.

9 ⇒ As Pain, he wished to fight Naruto (or more specifically the Nine Tailed Fox).