Jutsu is a step that is used by ninja for various specific purposes such as recovery, attack, defend, spy, control the body control, and others. As the main division, jutsu are divided into three namely Ninjutsu, Genjutsu and Taijutsu.

Jutsu-jutsu of this, some forbidden Jutsu is labeled for life or sometimes uses the human body to use. While some other Jutsu considered very deadly, because it has destroyed large and can make opponents killed. Below are the 10 most deadly Jutsu in Manga and anime Naruto, which are summarized by us. 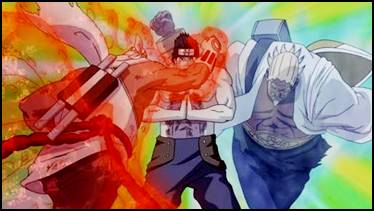 Double Lariat has tremendous speed with tremendous force anyway. It is known that the Raikage and Killer Bee includes two ninja who has extraordinary physical abilities. Double Lriat can be classified as one Taijutsu because it does not require a seal to this moment. Double Lariat downside of this is just in the area of attacks that only focuses on one person but certain that the target would not escape this Double Lariat. 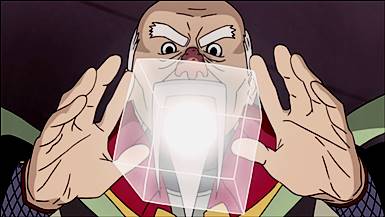 Jinton: Genkai Hakuri no Jutsu or the translated language, Indonesia is the Particle Style: Kick Release Particles. Wah stance use this chemical formula, Genkai Hakuri no Jutsu, can only be used by two people in the world of ninja Naruto, namely Ōnoki and Mu. Range strike from this stance is very wide, which can be used remotely or melee and offensive. Seals are used to open this stance is rats, pigs and snakes.

Initially the user moves will create a sphere that has the shape of a cube, cone, and others. The sphere then will fly to the target and then trapped into it. Users can blow up the contents of the sphere and menghancukurkan both physically and in the form of disc that, when Ōnoki destroy property of Madara Susanoo. Forms of Genkai Hakuri no Jutsu effect on the amount of strength where it is known that a conical can destroy an island at once. Wah horrified too well.