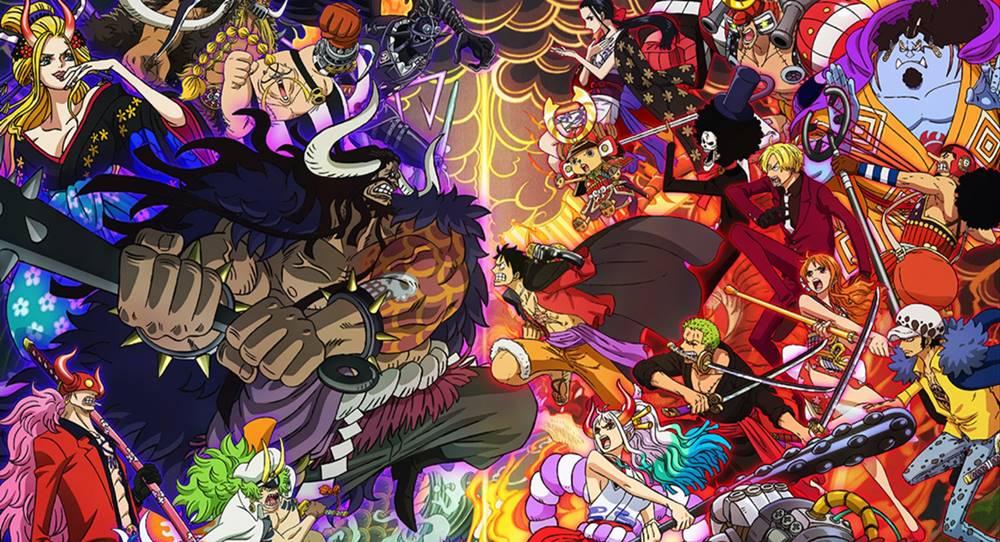 why One piece is: When we talk about anime, there are some anime names that strike our minds and one of them being One Piece, yes one of the longest-running shows in anime history, and why not, there are many things in One Piece that makes it different from others. There are so many characters in anime that make it worth watching and things that make this anime so famous. The anime is written by Eiichiro Oda and it has more than 800 episodes that are telecasted. There are reasons why this anime is so famous so here are the reasons which will make you watch this anime.

Each adventure is different from the others

One Piece anime is different from others which is why this anime is the best and every storyline brings a new adventure to the story. As the Straw Hat crew explores the remotest corners of the world, they encounter places such as Alabaster,

an Arabian-inspired desert kingdom, and Sky Pier, an island floating above the Grand Line’s paradise. Each new island feels like a whole other world. Because every island has its own quirks, obstacles, and interesting locals.

The show is cartoonish and is totally wrong

Only One Piece fans know that sometimes this anime can be so brutal that no one can expect it. The childish presentation of the show may seem cartoonish but the show is much more than that. The backstories of many characters are full of cruelty and tragedy. Young Nami watches his adoptive mother died at the hands of pirate invaders,

and Brook wakes up a year later on a pile of rotting corpses as all his compatriots slowly fade from the deadly poison. I saw it go. The fight scenes shown in the anime can be so good to watch that you will forget this anime is written for the younger audience only.

Amazing music and Themes (why One piece is)

One of the main things which make anime worth watching is the music and background music that is used in the show. From the starting episode itself, the starting music of the anime helps set an adventurous tone for the anime. Thereafter, the anime begins to show real BGM music which is very interesting. The music of the anime perfectly shows the progression of the Straw Hat crew

and their adventures as they hunt for the Blues and various things in order to become the ruler of the seas. There are various opening and ending music of the anime which will surely blow your mind.

The main thing in the Shonen anime may be the story but the fight scenes also play an important role in them, which is why they have to be perfect and One Piece is a pure example of it. There are a number of characters in the show, one stronger than the other and some of them

even possess a superhuman ability of their own which makes it even better to watch fight scenes. From elastic power to superhuman strength, you can see everything in the show and which is why you should give this anime a try.

Great Protagonist (why One piece is)

What makes an anime great, is a protagonist which is loved by everyone, and the main character of the show Monkey D. Luffy is a prime example of it. Yes, there are some protagonists that make people wanna hate them but Luffy is the man who is always there to cheer you up. Even when the situation is against him, he faces it with a smile

and he always manages to arrive just in time to save his friends and allies. But this doesn’t mean he is a joker, he has fought some of the greatest villains in the shows and defeated some of them which make him a character of sheer power and will.

Fantasy shown in the anime is one of the Unique

The things shown in the anime are unique which makes it even more interesting and watchable. Even areas without mythology are full of wonder. The regions surrounding the Grand Line are protected by giant creatures known as Kings of the Sea, each completely unique. Additionally, real-world technology is often replaced by strange beasts such as his slugs,

which can relay communications in a manner very similar to modern cell phones. One Piece knows how to borrow interesting aspects from historical eras without being bound by the rules of reality.

The powers shown in the Anime are beyond imagination

The powers which are shown in the anime are beyond imagination that is why this anime is one of the top-rated. Devil fruits give power to characters in the show. The main character Luffy after eating Gum-Gum fruit transforms his body into a rubber

through which he can use Gum-Gum Pistol or Gum-Gum whip. There are some other characters who possess even more great powers which can be seen in the show.

There are many characters in the anime that are beyond imagination. There are plenty of fantastic villains who are packed with a wide range of powers and personality types. One such example is Crocodile, a witty Italian mob boss whose body is composed of sand,

making him strong enough to almost kill Luffy on two separate occasions. No two villains’ motivations are quite the same, and when they’re first introduced, some seem impossible to vanquish.

Only the Protagonist is not the character to be followed

Emotional Moments (why One piece is)

An anime is incomplete without Emotional touch to it that is why every anime needs some emotional angle to it and One Piece is a good example of how emotional moments make an anime remembered for a long time by the audience. From death scenes to meeting an old friend and many other things the show has all. When characters in One Piece die, they’re gone for good, forcing their friends and viewers to move on without them, which really happens in life and therefore this anime connects to the people.

So here are some top reasons why you should watch this anime, yes there are many episodes but they are worth watching.