As we know, was created by Hatake Kakashi Chidori (teacher Kakashi), after she failed to add an element of thunder / lightning Rasengannya. Chidori is then passed on to his students Sasuke.

Over time, this Chidori continue to be developed either by Kakashi or Sasuke, into various types of increasingly deadly. Now we will discuss the type of Chidori 10 along with the accompanying fact that we gather from manga and anime Naruto. If you know others who have not the type Chidori we call here, please comment below or on our Facebook Fanpage. And do not forget to share this article. 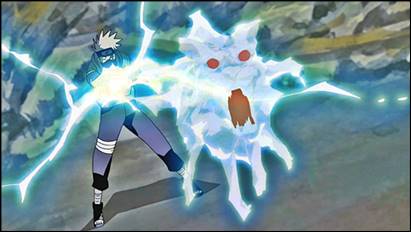 By manipulating chakra lightning in his hands, Lightning Release Chidori users will be able to form a wolf from Chidori, and send them to attack the enemy. Chidori these wolves will remain connected with the hands-off, which makes the user able to control Chidori wolf during the fight. 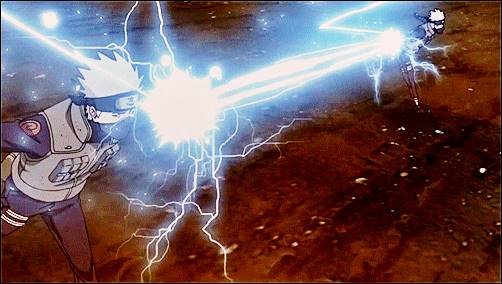 By using an additional cloning shadow (shadow clone), respectively Kakashi will use the Chidori, which then Chidori been connected to one another. When Chidorinya connected, the connection can cut any object, such as a hand belonging to Tailed Beast chakra.

Kakashi Chidori can also use this type to withstand the movement of the enemy, by surrounding his opponent with lightning, as he did on the Demonic Statue of the Outer Path.