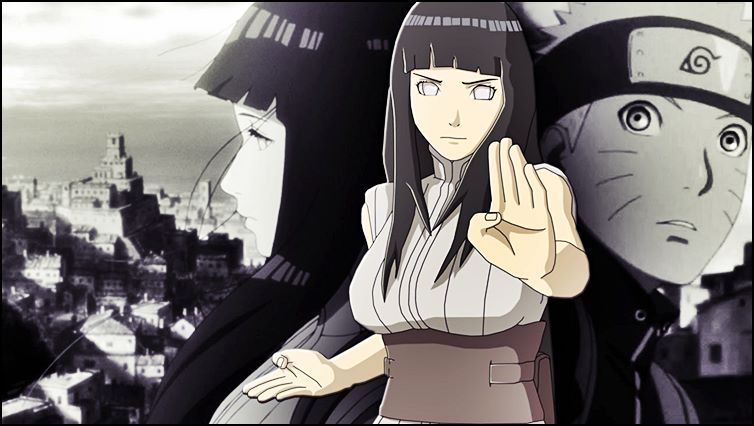 1 ⇒ ‘Hinata’ means (the place in the sun). It can be written with the same kanji as her family name ‘Hyuga’.

2 ⇒ In the Live Spectacle Naruto, the role of Hinata Hyuga was played by Takahashi Saki.

3 ⇒ Hinata Hyuga placed well in the Naruto character popularity polls, reaching an all time high of sixth most popular.

6 ⇒ Hinata Hyuga’s favourite food’s are cinnamon rolls and zenzai, while her least favourite foods are dishes such as shrimp and crabs.

9 ⇒ In the 4 databook, Hinata Hyuga’s name is referred as a pure white lily. In chapter 699, the same flower’s were put on Neji Hyuga’s grave.

10 ⇒ During a 2010 interview, Masashi Kishimoto stated that many who work with him have told him Hinata Hyuga is more of a heroine than Sakura.

11 ⇒ In the omake for Naruto Shippuden episode-165, Sakura accuses Hinata Hyuga of trying to become the main heroine of the series because of her popularity, much to Hinata Hyuga’s confusion.

12 ⇒ Kishimoto stated in subsequent interviews that he had been building up Hinata Hyuga to become part of the main cast ever since the Fourth Shinobi World War arc started.