Home ANIME 15 Unknown facts about One piece on the occasion of its 1000... 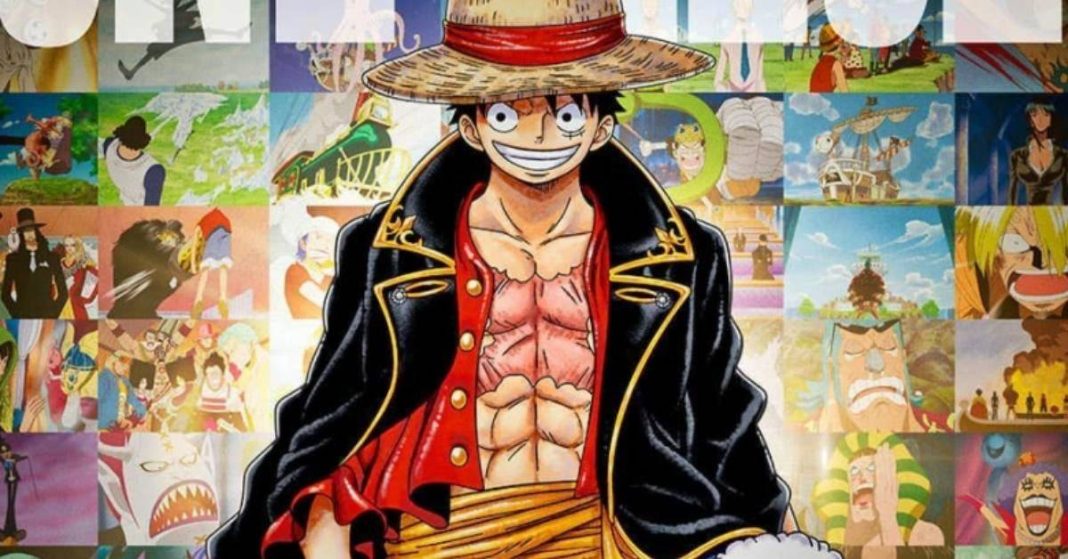 About One piece: Hello guys. We have seen a number of animes since our childhood and everyone know about them such as Dragon ball z, Naruto, Bleach, and many others. Today I am writing about one of the most loved and longest running anime one piece who is all set to release its 1000 episodes. The anime was a slow starter but gained a mass viewership and an increased number of fans as it grew. anime was written by Eiichiro oda, it was launched in 1997. anime covers the journey of Monkey D Luffy and the crew, surfing across seas to find that one piece to become the pirate king. So here are some interesting facts about it on the occasion of its 1000 epis being released.

1. Guinness book of world records (About One piece)

The one piece is one of the longest-running anime. And why not this has become a largely followed anime since release. One-piece has the record of “most copies published for the same comic book series by a single author “. One-piece has already sell around 321 million manga from 1997 to 2014.

In Japan Olympics, many players often seemed to take inspiration from their favorite anime character. And Luffy was one of the main ambassadors in seven ambassadors. The Olympics was held in 2021 due to the covid situation. One of the players did Luffy’s pose to show his love for anime.

3. Early end (About One piece)

The one piece was started in the year 1997 way back then. Most of the fans were not even born at that time. But do you know that the author of one piece decided to end the anime in 2002? The ending was planned by him by looking at popularity he went with the flow. About 4/5 of the story has been completed to date.

4. Author inspiration (About One piece)

The writer of the series Mt Eiichiro oda initially did not want to become an anime writer. He didn’t want to do a real job like others. When he started writing the anime become popular and later he found a job as a manga writer. And now he is one other best.

5. Anime inspiration (About One piece)

As seen earlier the anime writer, Mr oda is a fan of manga himself. He himself read many in his childhood. When he saw one of the dragon ball manga he became inspired and later took the idea. About Luffy, he says he wanted the character to be like Goku.

6. Different early design (About One piece)

7. Naruto vs one piece

Naruto and one piece were released in the same year in 1997. The character Sanji was originally named as Naruto but when Mr oda come to know that the whole manga was about to release in the same name, he changed the character name. But both the creators respected each other. This can be seen when Luffy is seen eating ramen and Naruto drew Strawhat symbols.

One-piece was a new anime when it was released. And became popular instantly. He got this inspiration of writing from classic writing of literature. One such can be seen in the Impel down which is inspired by” Nine circle of Hell depicted in Dante Alighieri 14 century poem Divine comedy.

9. No enemy being killed

One piece is known for its fighting scenes. But a lot of times where he fights the enemies he doesn’t kill them entirely. He actually didn’t kill anyone in the manga till now. Every character whom he fought is alive to date and waiting to take revenge.

Manga is normally stories that are fictional but one piece slightly differs. Some pirates shown in anime are inspired by real-life stories. Like the Gol D. Roger is inspired by French pirate Olivier Levasseur, who when executed gave a pendant that leads to a treasure. Also, Blackbeard and captain Alvira and captain jewelry were inspired by Marshall D. Teach and real Alvida and Irish pirate Anne bonny respectively.

11. Pop culture presentation (About One piece)

12. Dead memories Memorial (About One piece)

Japan is known to address villains in a different way. They make memorials of characters from manga. There are real Memorial of Fire fist ace and white beard, anyone can go snd visit them. People were attached to them and when they died they mourned their death. They are the same in manga and anime.

13. Zoro and chopper (About One piece)

If u are a fan of one piece then you should have been a fan of them both. They are shown to be father-son due but in fact, they are both considered demons. Zoro is a demon in human form and chopper also. But what makes them lovable is their kind nature and friendly behavior.

One piece includes a number of fighting scenes with swords. In the Strawhat pirate crew, they have two great swordsmen Roronoa Zoro and brook. They have different fighting styles their fighting style is somewhat great. Zono has a Japanese style but brook has an English style of fighting.

There are many female characters in anime but two of them named, Robin and Nami were the most beautiful and cute. They are known to betray the crew. But the reason behind this is that they wanted to protect them from unwanted danger. And both characters helped the crew in some dangerous fights.