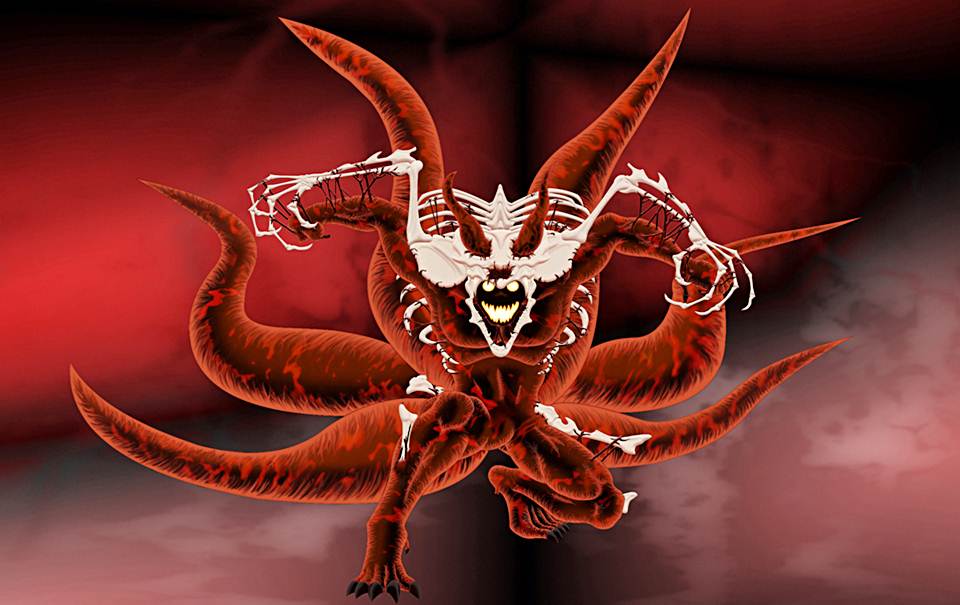 This is the thread I’d like to use in order to speculate about the possible Jinchuriki forms. As all we know, initially, there was no common scheme for these transformations (and possibly even no clear idea about the tailed beasts themselves), evidenced by Gaara’s unique sand transformation into Shukaku, and the concept with Version 1/Version 2 etc appeared only later on, with Naruto being the first one to demonstrate it. But let’s thing about what could’ve happened if the series hadn’t decided to share this scheme with all the other beasts and their Jinch, i.e. if the unique way of Jinch transformation had been given to the each beast as it was the case with Shukaku and Gaara. You’re free to speculate what forms they could’ve taken hadn’t they been limited by this common scheme, of course, based on the features and abilities of the each Biju.

On a side note: I think that the said scheme should’ve stayed as Kurama’s unique forms, since they’re quite befitting for him anyway. To set at least some example for the other beasts, I’d say that Lava Release Chakra Mode would be perfectly fine as Son Goku’s equivalent of Version 1.