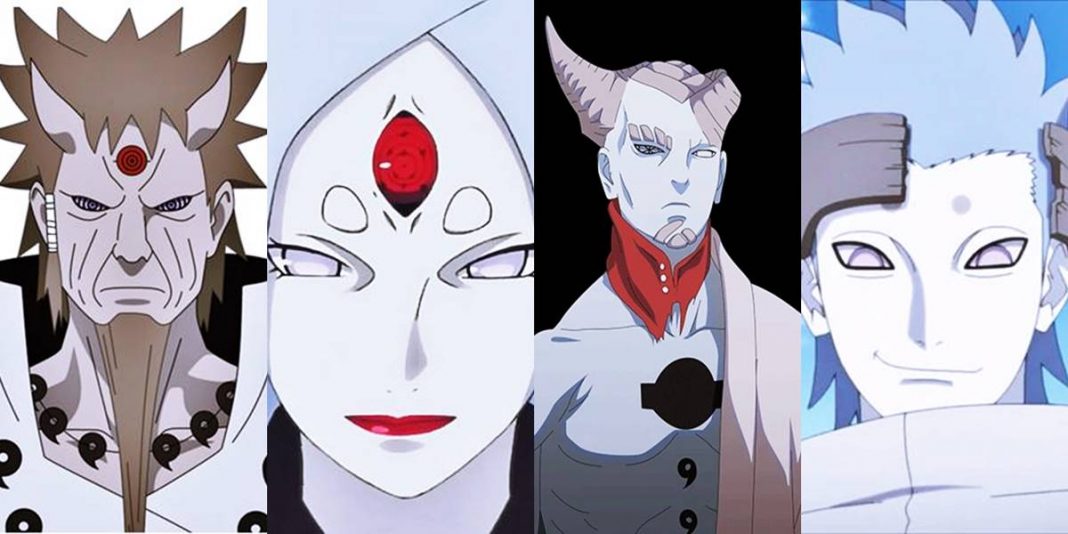 In this blog, I am writing about all 10 Otsutsuki Clan Members in the anime series.

Hagoromo Otsutsuki is also called as Sage of Six paths. His mother was Kaguya. So from birth only he got some powers. His brother was Hamura. And Hagoromo was more powerful than him. So even his mother was afraid of him. The brothers defeated Kaguya Ōtsutsuki. They want to end her bad influence. So she was sealed by the brothers. And so Hagoromo becomes the first Jinchūriki of the Ten-tails. He is the most powerful in the Otsutsuki. And to date, there is no one to overcome him in the clan.

The last villain in Naruto was Kaguya Ōtsutsuki. She is on the list of the powerful villains in Naruto. She is the forerunner of Chakra. So she is the owner of it. She even had fights with her sons at a time. It can continue for months. Her powers are beyond our imagination that she can set off a space-time. And she makes it again create with a scratch only. She is a powerful Woman and an iron lady.

There is a single doubt that Isshiki Otsutsuki is the strongest character in Boruto. Isshiki was the collaborator of Kaguya. He has a past of making Jigen into his vessel. A fight occurred between Isshiki with Naruto Uzumaki and Sasuke Uchiha. This was possible because he had Jigen’s body. Next, he aims to make Kawaki into his vessel. So he will be the complete Otsutsuki. Let’s wait to see the Isshiki’s all powers.

The shinobi’s nightmare is Momoshiki Otsutsuki. He is also the companion of Kinshiki. But compared to him he is very powerful. So he had engulfed Kinshiki to become powerful again and set a fight between him with Naruto Uzumaki and Sasuke Uchiha at the same time. But to his fate, his life had ended up. He died in the lap of Boruto Uzumaki. But anyway his Karma seal carries his soul.

When getting the first entry in Boruto, Kinshiki Otsutsuki is seen as the companion of Momoshiki Otsutsuki. Also the protector of Momoshiki.His power is that of Byakugan’s. But his eyes were not the same as of Hyuga. Kinshiki was so strong that his sharp weapons can make anything into just some pieces. Even he can cut off all the planets. When he was late teenage only he had fought with Sasuke Uchiha, the powerful man. Multiple Kage was taken by him at once.

Hamura was privileged enough to have all the powers at birth only because he was the youngest son of Kaguya Ōtsutsuki. The Hagoromo had many abilities. And Hamura too, like his brother, had inherited some qualities and powers. He and his brother had a fight with Kaguya Otsutsuki for a long period. At the end with their powers, they were able to seal Kaguya. Even he doesn’t fall on the strongest list, he is a notable character.

Asura Otsutsuki was not a man born with a silver spoon in his mouth. To reach the level of his brother he needs years of training and determination. He led a miserable life. He had a talent for making new friends. Because of this Hagoromo choose him as his beneficiary. Anyway, he was very stronger than his brother. So he defeated him.

Indra Otsutsuki is the eldest son of Hagoromo. From his birth only he had got all the powers like his father. In his childhood days only he starts to show the powers of a superhero. This even gives anxieties to Sage of Six paths. Unfortunately, he didn’t get the opportunity to look after the clan, after his father’s death. His brother Asura was selected for it. This made him so revengeful towards his brother.

Urashiki debut was in Boruto: Naruto Next Generations. He was with Kinshiki and Momoshiki in the Chunin Exams arc. He was very strong. But he disappointed the audience. This makes him not at all strong and he was considered a bad villain in the story. His power was equal to Rinnegan and the Byakugan. This was at his disposal but it didn’t satisfy the audience.

Toneri Otsutsuki is the descendants of Hamura Otsutsuki. He is living on the moon. Toneri was a villain in the last released Naruto movie. He used to cut off the celestial bodies in two. Also, use to slice off planets. He was having Kurama Chakra Mode. So he fought with Naruto Uzumaki. This shows how many powers he had.