Home Tech All 14 Mangekyō Sharingan Users And All About Them 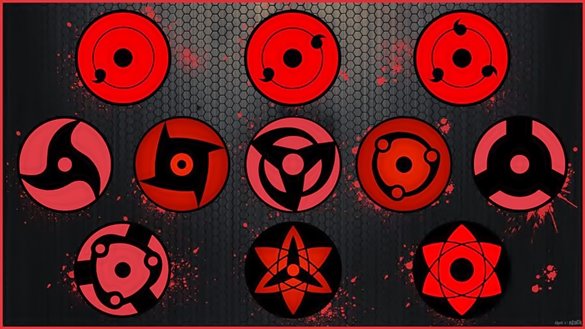 Izuna Uchiha awakened his Mangekyo Sharingan shortly after Madara did. It’s not known what the individual abilities of each of his eyes were. Before he died, Izuna entrusted his eyes to Madara in order to restore his vision and thus protect the Uchiha from the extinction. Despite Izuna giving the eyes willingly, Madara is popularly believed to have taken the eyes against Izuna’s will.

Sasuke awakened his Mangekyo Sharingan after the death of his older brother, Itachi. With his left Mangekyo he can cast Amaterasu. With his right Mangekyo he can shape the flames or extinguish them. Because he awakened both of his Mangekyo, he can use Susanoo. Sasuke is initially reluctant to transplant Itachi’s eyes and gain the Eternal Mangekyo Sharingan, claiming that his views were different from Itachi Uchiha. Later, he decided he needs the increase of strength in order to kill Naruto, along with the severe deterioration of his eyesight from overuse, Sasuke Uchiha accepted Itachi’s eyes transplant. The straight tomoe of his Eternal Mangekyo Sharingan grant him fluidity in his movements when fighting.

After acquiring the half of Hagoromo’s chakra, Sasuke’s left Mangekyo Sharingan evolved further into a unique version of the Rinnegan.

Shisui Uchiha awakened his Mangekyo Sharingan after he allowed his friend and rival to die. With each of his eyes he could use the Kotoamatsukami, a powerful genjutsu that manipulates a target’s thoughts completely without any, including the target, having the no idea that they were being controlled. However, this technique can’t be used again until after a prolonged period of time. In the anime, awakening the Mangekyo Sharingan in both eyes allowed him to use Susanoo.

When Shisui Uchiha attempted to use Kotoamatsukami in order to avoid the Uchiha Clan Downfall, his right Mangekyo was stolen by Danzo Shimura, who felt Shisui’s plan was futile and wished to protect the village in his own manner. Fearful that Danzo would take his other eye too, Shisui entrusted it to his best friend, Itachi Uchiha, and begged him to use it to save Konoha. Danzo transplants the eye he took into himself and uses it over the years to manipulate others to his way of thinking, using the power of Hashirama Senju to reduce its recharge time. Danzo destroys the eye before his death so that nobody else could have it. Itachi Uchiha transplanted the eye he was given into a crow that he planned to use to re-ally his brother, Sasuke, with Konoha. He unintentionally used it on himself instead when he is reincarnated in order to break free of Kabuto Yakushi’s control. Itachi burn the crow by Amaterasu afterwards so that nobody else could have the eye.