Home ANIME All 5 Types of Rinnegans and, His Users Names 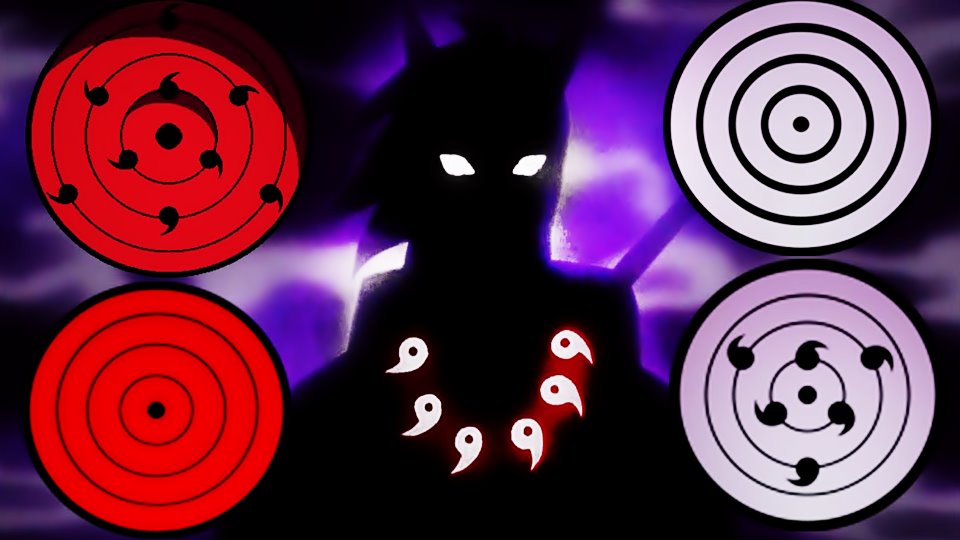 Types of Rinnegans: Hagoromo Otsutsuki Clan possessed a derived form of his mother’s dojutsu, the Rinnegan. In the anime, he quickly expressed its power after nearly killing Hamura Otsutsuki to save him from Kaguya’s Otsutsuki control. He was believed to have been the only person to have fully mastered the Rinnegan,

and also learned to control all five types of chakra natures. As a wielder of the Rinnegan, Nagato Uzumaki rinnegan user, and (paths of pain) openly admitted his power with the Rinnegan was nothing compared to Hagoromo Otsutsuki. The Rinnegan grants Nagato the ability to use all of the abilities of the Six Paths Technique. With the Outer Path, Hagoromo could summon souls from the Pure Land life and death

and also undo another person’s use of the Impure World Reincarnation (Rinnerebirth), releasing the souls from their vessels and the sending them back to the Pure Land.

and Sasuke can’t activate the Mangekyo in his right eye as well, keeping his eye closed is shown to speed up the recharge rate. After first obtaining it, Uchiha Sasuke was unable to deactivate his Rinnegan,

forcing him to close it if Sasuke used too much chakra to control it properly. Sometime during the first two years of his travels, he mastered it enough to deactivate it at will.

Uchiha Sasuke’s Rinnegan grants him access to the power of the rinnegan Sage of Six Paths Techniques, though he’s only been seen briefly using the Preta Path to absorb chakra

and the Deva Path (naraka path) to create the Chibaku Tensei or make use of the attractive force in the anime. Sasuke can use it to see the invisible targets, repel the effects of the Infinite Tsukuyomi,

and turn Sasuke Susanoo into a vessel for the tailed beasts’ chakra, much like the Demonic Statue (Gedo Statue) of the Outer Path. He can sense Uzumaki Naruto chakra through dimensions and accordingly travel dimensions by himself or with others,

in the Boruto Naruto the Movie, these inter dimensional portals manifest as dark oval shaped spirals. Sasuke’s most frequent usage of his Rinnegan is for Amenotejikara, which allows him to instantly Exchange places with anything in a specific range.

This dojutsu was first manifested by Kaguya Otsutsuki as the third eye on her forehead after eating the chakra fruit of the God Tree. It was also possesse by the ten tails, the result of Otsutsuki Kaguya merging with the God Tree. According to the “stone tablet” handed down in the Uchiha clan,

when one who wields the power of Rinne approaches the moon, the eye which can reflect off the moon and grant the infinite dream (Infinite Tsukuyomi) will open. This was proven true when Uchiha Obito, as the ten tails jinchuriki after that

was able to manifest this dojutsu in his own forehead after regaining both of his Rinnegan. As a result of Black Zetsu’s actions, Madara Uchiha body then served as a vessel for the resurrected Otsutsuki Kaguya,

who retained the Rinne Sharingan. When Naruto Uzumaki and Uchiha Sasuke later used the Sage of Six Paths Chibaku Tensei to seal Otsutsuki Kaguya, her 3 eye was closed by a horizontal eyelid with the appearance of a moon and sun under the effects of the technique.

Otsutsuki Momoshiki wielded a pair of Rinnegan eyes in the palms of his hands, which he could use to absorb ninjutsu with his right, and utilize said techniques with his left. Also with his right Rinnegan, Momoshiki could turn a target (enemy) into pills, which when eaten, grants him youth and

their chakra, increases his muscular tissue, and can transform his entire body in the case of consuming Otsutsuki Kinshiki chakra. Unlike other Rinnegan wielders, Otsutsuki Momoshiki Rinnegan was initially red in color instead of light purple. However, after transforming from his absorption of Kinshiki Otsutsuki, the Rinnegan in Otsutsuki Momoshiki palms turned purple

or fire at an individual to impale and restrain them.