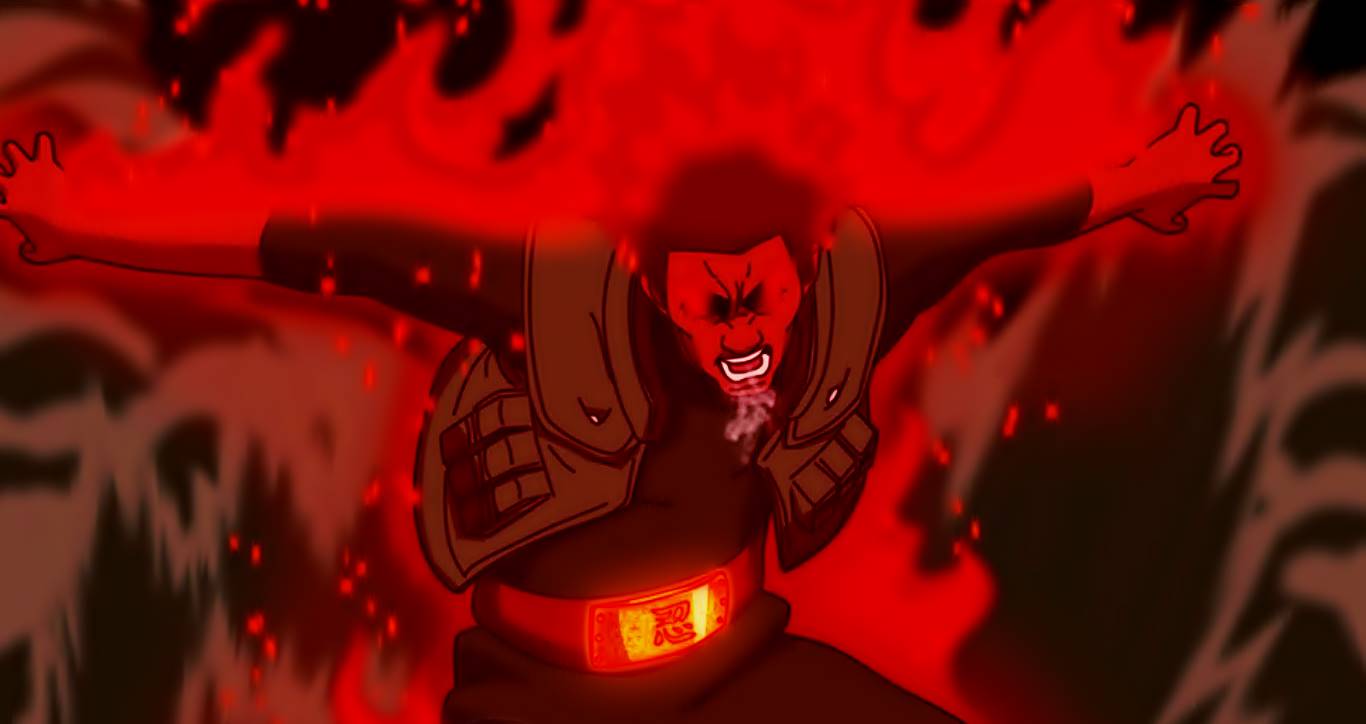 Might Duy was Father of Might Guy. He was also known around the village as the Eternal Genin. The main reason of behind him being apparently weak was because he was secretly trained hard in the ways of the 8 Inner Gates.

Duy managed to learn how to open all Gates upto the Gate of Death which is extremely hard.
Duy died protecting his son against the Seven Swordsmen of the Mist, where he opened the all 8 Inner Gates. In the anime it is said that Duy killed the 4 of 7 Shinobi of the Mist while the other three made their escape. Shinnō was a Shinobi from the Land of the Sky. He was the main antagonist in the second movie Naruto Shippuden Bonds. He was in possession of the Dark Chakra of the Zero-Tails. Under him influence of this chakra, Shinno was able to cast chakra without any effort and his body went way beyond the human limitations.

He was claimed to be able to access the all 8 Inner Gates without any drawbacks that is if he was possessed the Dark Chakra. He would’ve been a cool villain if only he were cannon.