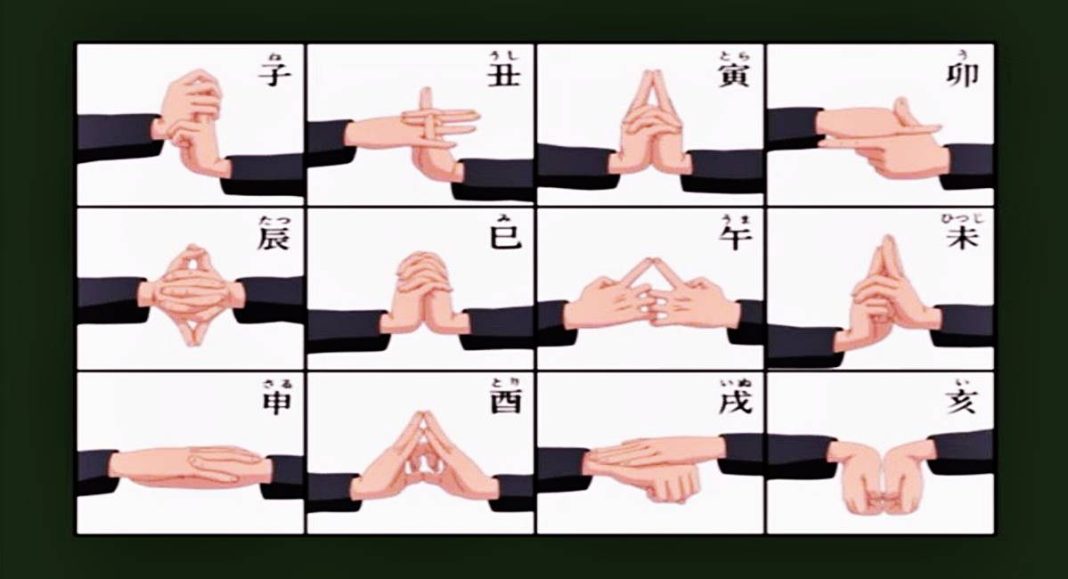 All Naruto Hand Signs: The hand signals used in ninjutsu are among its most crucial components in Naruto. There is a distinct primary hand sign, or a combination of hand signs, that activates the ability for each special move. While viewers may be in awe of Sasuke’s fire breath or Naruto’s shadow clones, it is the hand signals that enable those spectacular moves.

Chinese astrology serves as an influence for each of the 12 fundamental hand signs. Many of them are also linked to particular natural releases and fashions. So let’s look at the hand signals used by Naruto and what they imply.

Uchiha clan members will most frequently employ the Tiger hand seal. In any case, the Uchiha clan is among the best at Fire Release ninjutsu. The sign is a component of the majority of Sasuke’s most distinctive fire skills. In addition, Itachi and Sasuke frequently just employ one half of the Tiger hand sign when performing one-handed ninjutsu.

The user must put their thumbs and index fingers flat and link them to form a Tiger hand seal. While this is going on, all of their other fingers form a tight seal that can ignite a lot of fire damage.

The Snake hand sign is the most adaptable when it comes to natural transformation. Snake is a prominent theme in the Earth, Lightning, and Wood Releases, in contrast to other hand signals that primarily emphasize a single type. This implies that it is present in both flamboyant ninjas like Kakashi or Sasuke and grounded ones like Hiruzen and Hashirama.

The hand seal is helpful in Shadow Clone Jutsu, but, beyond nature transformations. The Snake hand sign is the three utilised, even if it isn’t Lightning, Wood, or Earth. The simple intertwining of all the fingers with the left thumb on the outside is all it takes for a ninja to create a Serpent.

The Chinese zodiac sign of the Rooster is the inspiration behind Tori, or Bird. This Naruto hand gesture symbolizes the Wind element or the Wind Release nature change. It enables the user to obtain wind-based ninjutsu skills. Naruto himself, particularly when utilising Rasengan, is one of the most well-known users of this hand gesture or the methods linked with it.

Despite being very straightforward, the hand signal might be difficult to understand when performed quickly and precisely. The thumbs must contact at the tips, the ring finger and index finger must intersect, and the middle finger and pinky must form an angled arch.

The Tatsu is based on the same creature’s Chinese zodiac sign and is also referred to as the Dragon. It lacks an attached elemental property, hence it is not required as a prerequisite for jutsus that convert people into animals. However, when combined with those, it creates an elemental manifestation in the form of a dragon.

Although it is upscale, the price is giving the shinobi painful finger cramps. The hand sign demands stacking four alternatively half-closed fingers, with both pinkies protruding out at the bottom and touching at the tips, making it challenging for a typical human to execute.

The Rat hand sign belongs to the Nara clan specifically, whereas Fire Releases are typically, but not always, associated with the Uchiha clan. They do possess shadow talents after all, and the Rat sign is associated with shadows, just as other clans are with natural transformations.

The Chinese zodiac sign of the same animal is the inspiration for the Uma, which is Japanese for “Horse.” Again, the hand sign for the basic nature transformation release is not necessary, although Sasuke frequently uses it to indicate the Fireball method. It’s also employed to dispel phantasmagoric genjutsu methods.

It’s not as challenging as the Tatsu, but a shinobi will need to use their fingers quite a bit to complete it. The tips of the index fingers must be joined, and the other finger knuckles should be stacked with the right digit always on top. The palms must both be turned inward.

The Ram hand sign is significant to Naruto’s use of some of his most popular moves. The Ram plays a crucial role in Shadow Clone Jutsu as well as Summoning Jutsu (it finishes the summoning). The fundamental hand signals are important even though Naruto occasionally omits them.

You must join your index and middle fingers in order to do the Ram hand seal as a ninja. Next, encircle the remaining fingers on your right hand with your free left hand’s fingers. Results may vary because this hand sign is likely the most difficult to imitate. Different instructions for doing it can be found all over the internet.

Although the Ox hand sign can be frightening, it’s one of the simplest to learn. The majority of the task may be completed by a ninja if they spread out the fingers on both palms, turn their right hand horizontal, and then turn their left hand vertical. Just now pass the fingers of the right hand through those of the left. The left hand’s middle and ring fingers should be pressed down to resemble bullhorns.

The Rasengan and the Chidori are two of Naruto’s most well-known signature moves. Sasuke perfected the Chidori, whereas Naruto did the Rasengan. The crucial last hand signal employed in the first two levels of the Chidori is the monkey hand seal.

The Monkey sign can also be used in other ways outside the Chidori. It is utilised six times in Zabuza’s notoriously protracted Water Dragon Jutsu summoning. Simple steps are required to form the monkey hand seal: place the right hand on top of the left, pinkies and thumbs flush with one another.

It appears much more difficult than it is to use the Hare hand gesture. Make a single-barrel finger pistol out of your left hand to begin. Next, position your right hand flatly. Close your fist softly by placing the left thumb between the right pinky and ring finger (other than the pinky). In theory absurdly complicated, but once practised, simple.

The Hare hand sign is thrown into a variety of Jutsu despite having such a complicated appearance. The Chidori and Ice Release: Rouge Nature Jutsu, for instance, are thrown into the centre with this awkward action. To perform this seal swiftly and error-free requires complete hand mastery.