Home Gaming All Valorant characters and their powers explained! 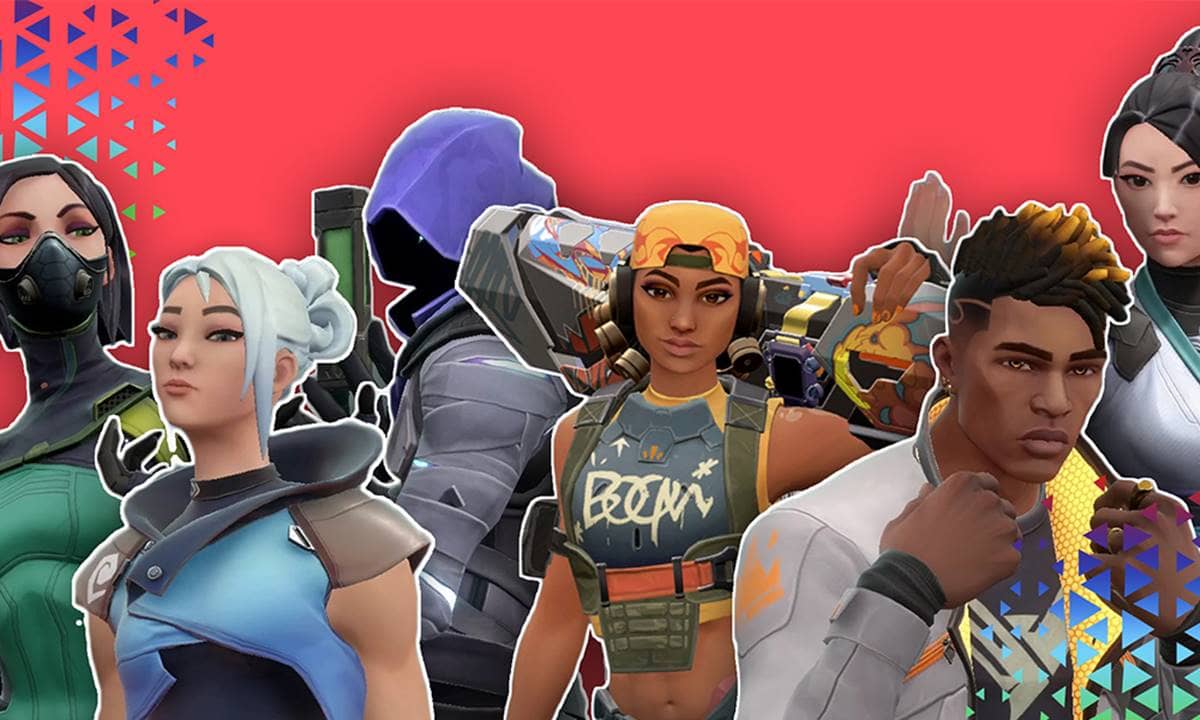 Borāzjān All Valorant characters and their powers explained!

Most of us feel that Reyna is the most balanced and distinct character in Valorant but still as we have to buy all the abilities and powers just like we do buy weapons between games so it is required to consider which character should be chosen in the game.

There are 12 characters in the game at the time of writing this post and it is very likely that the number of characters is going to increase with every upcoming update of the game.

We have played with all the characters since the game has been publicly released and we have a pretty good idea about all these characters and their abilities and what role they master across the battlefields of this highly tense tactical shooter.

The following is the list of the Valorant characters as available at the time of writing this post:

Now we are going to look at the abilities and the powers that these characters have in Valorant along with the explanation of what the power does in the game.

Daxi 1. KILLJOY: All Powers and Abilities (All Valorant characters)

can you buy ivermectin over the counter Turret (C): This power deploys a turret that fires at enemies at a 180-degree cone. This can be recall even after once being deploye.

Lockdown (X): It is fired to deploy the device which after a long windup detains all the enemies that are caught in the radius. This can be destroy by the enemies.

Nanoswarm (Q): This ability throws a grenade that after landing goes covert and hence activating it will deploy a swarm of damaging nanobots.

Alarmbot (E): It deploys a bot that searches for enemies in a particular radius and detains all the enemies in that radius and can be destroy by enemies.

2. PHOENIX: All Powers and Abilities (All Valorant characters)

Hot Hands (E): Throws a fireball that explodes after a short delay of hitting the ground. The interesting part of this attack is that it damages the enemies in a particular area but heals the phoenix.

Blaze (C): This casts a flame wall that blocks the vision of the enemy and damages anyone passing through it. The wall can be bent in both directions that are horizontally and vertically and hence it can be used to cover the ramps as well.

Run it Back (X): It marks your current location so as per this ability if you die when this ability is active you are going to respawn with full health and also when it expires it regenerates your health.

Curveball (Q): This ability casts a curve flare that bursts into light after a slight delay and it temporarily blinds everyone and can be curve in both directions that are left and right.

RAZE: All Powers and Abilities (All Valorant characters)

Paint Shells (E): Cluster grenade that first of all does some initial impact damage and then the clusters does the damage.

Blast Pack (Q): It is just like the C4 satchel. Throw it down and then either detonate it or just let the timer keep running.

It does and deals with AOE damage and displaces the agents as well.

Showstopper (X): It pulls out a rocket launcher and fires it down the lane. The explosion of the showstopper deals huge damage to anyone who is in the radius. We have seen aces with just a single shot from this.

Boom Bot (C): It sets down a highly explosive robot that goes in a straight line and it bounces off the walls until it detects an enemy in front of it. It will then home in and is going to detonate on them unless it is shot.

BRIMSTONE: All Powers and Abilities:

Sky Smoke (E): It uses the map to call upon the smokescreens that obscure the vision. Just click to set the location and then confirm to launch it.

Incendiary (Q): It launches a grenade and that grenade sets a damaging field of fire.

Orbital Strike (X): It only targets a nearby location, and once used it launches a devastating orbital strike that damages enemies continuously for some seconds.

Stim Beacon (C): Target a nearby location so as to call in the beacon giving all the players that are near the beacon a rapid-fire.

JETT: All Powers and Abilities:

Updraft (Q): It launches upwards but after a bit of delay.

Cloudburst (C): Throws a cloud of fog that impacts the vision and thus obscure the sight of the enemies.

Blade Storm (X): Throws deadly throwing knives that deals a lot of damage and kills directly on headshot A kill restores the daggers,

right-click throws all the daggers that are left and a left click will throw a single dagger.

SAGE: All Powers and Abilities:

Slow Orb (Q): An orb that breaks into slowing downfield and all the enemies that are caught or are found in the field slow grounded and starts making noise while moving.

Resurrection (X): It is use to target a friendly corpse and after a short delay in time revives then again and that too with full health.

Barrier Orb (C): It creates a wall that can be rotate as per the wish.

Healing Orb (E): It is use to either Heal yourself or an ally to its full health over a few seconds.

VIPER: All Powers and Abilities:

Snakebite (C): It fires a projectile that afterward explodes into a pool of acid which then does damage to the enemies and the opponents.

Viper’s Pit (X): It creates a toxic cloud that covers a large radius and highlights all the enemies in that radius, the duration of the cloud extends if the Viper remains in the cloud.

Toxic Screen (E): It is use to deploy a line of gas that can be reactivate as well to create a wall of toxic gas which costs fuel as well.

Poison Cloud (Q): It throws a cloud of gas that can be reactivate as well to create a smoke cloud that costs fuel. This can also be redeploy after the time of the cool down.