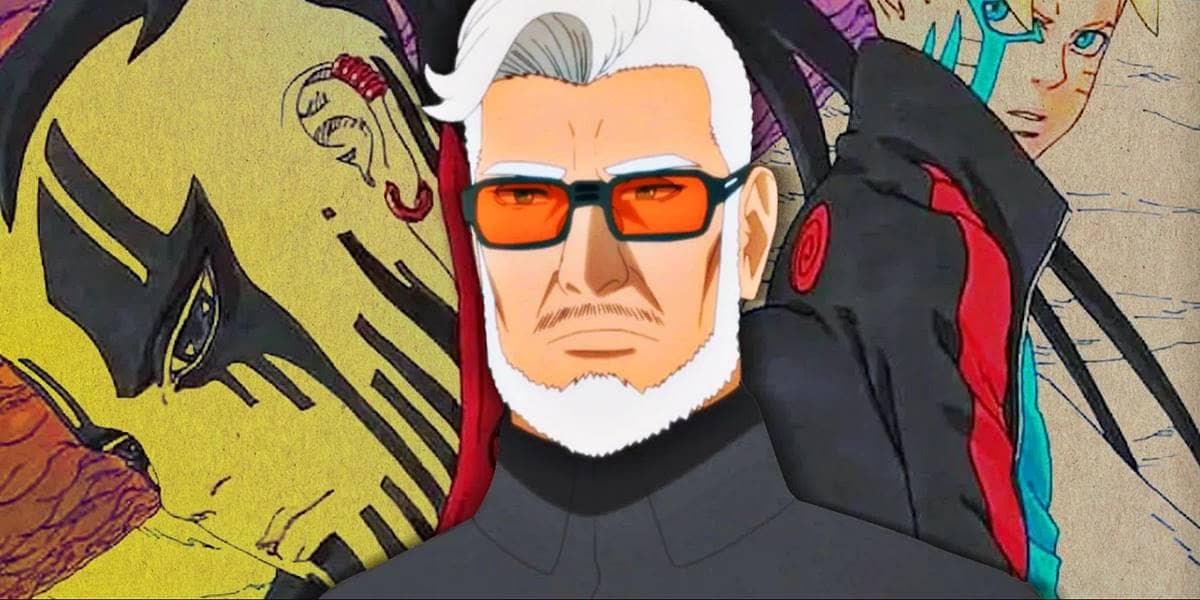 Amado: Through this blog, I am going to make you familiar with an important character in the anime world. His name is Amado. Let’s see few intriguing facts about him.

Amado is a major villain character in Boruto: Naruto Next Generations. He is from the Kara. He was the assistant of Jigen in helping to put the Kama seal in children. It was to look if they are capable of becoming Jigen’s vessel. His voice was given by Akio Otsuka. Amado also looks after the research and development division of Kara. He used various ways to get citizenship. It was for the Hokage’s protection.

Amado has an intellectual look and a formal style. He has white hair and bread. Has spectacles with a black frame and orange lenses. Always wear a black shirt and pants. When traveled to Konoha he will change his appearance. He will wear a white jacket. It’s having a green-colored collar and wears matching green-colored sandals and gloves. Also, have a golden necklace on the neck.

3) In Boruto Naruto Next Generations

In this, Jigen and Amado know about a secret mission where Amado is assigned to. Even other inners in the Kara don’t know about it. It’s strictly very secret. Amado will go to a room and in that he will find replicas of Delta. She had died while fighting with Naruto Uzumaki. He will help to survive her. He doesn’t like Delta’s angry character. We can see how she angrily kicked off the door after her survival. Amado can’t digest this character of her. Amado hears from Delta about acquiring the vessel and Boruto Uzumaki has the kama seal.

Amado is a very emotionless person. He is also an introvert and doesn’t show much attachment to anyone. Amado is very reserve. He is very heartless as he didn’t show any sympathy to children as they died on child test subjects. At the same time, he is very realistic too. He didn’t enjoy people dying. So he asked Jigen to find a way to stop people from dying. He is also a practical man. He didn’t get angry that fast. The only time Amado gets angry was when Delta in full temper kicks the lid of her containment and it got damaged. It makes him highly tempered.

Amado has more qualities and abilities than we can imagine. He uses Yin release. It works in a way that it can project or show the image of Amado. With the help of this, he will talk to people who is far from him. This ability helped him a lot. He is also very speed in reducing the distance between him in a moment and Shikadai Nara. Amado also can release him from his paralysis.

He is a complete package when it comes to power and ability. This is because he is a kara member.it is not very much known how the combat abilities of Amado will get compared to the other members of Kara. He uses a lot of technology to existing. We as an audience have seen it. He is well equipped and at the same time very methodical.

He has a lot of harpoons and tools in his hand. Even one has defeated him or make him capable of doing nothing he had some weapons to use at that time. For example, one such is the Scientific Ninja tool. It can give out powerful sonic waves.it has the power to repel and reverse the Shadow imitation technique. With this, he defeated Shikadai, Inoijin, and Chocho. He is also a drug. It works out in a way that it comes from the needles in his hands and injects the victim. With this drug, he had blinded Shikadai.

With the technology in his hand, he made Isshiki give his Kama to others. But it was a failure. A lot of people were killed in this experiment. Kawaki but anyhow received the Kama. But anyway he advanced his ninja tools. This was because of the research of Katasuke given by Koji.

The kidnapped children were held in water-filled plastic containers by Jigen and Amado. They will force the Kama seal on these children and experiment with the strength of whether they can take the seal. It was done to get a new vessel. Not only for Amado but also for Jigen. Almost all children died in this experiment of forcing the seal. So he was very much worried if they will get the vessel. But Jigen made him remember that they should continue this as getting a vessel is very important.