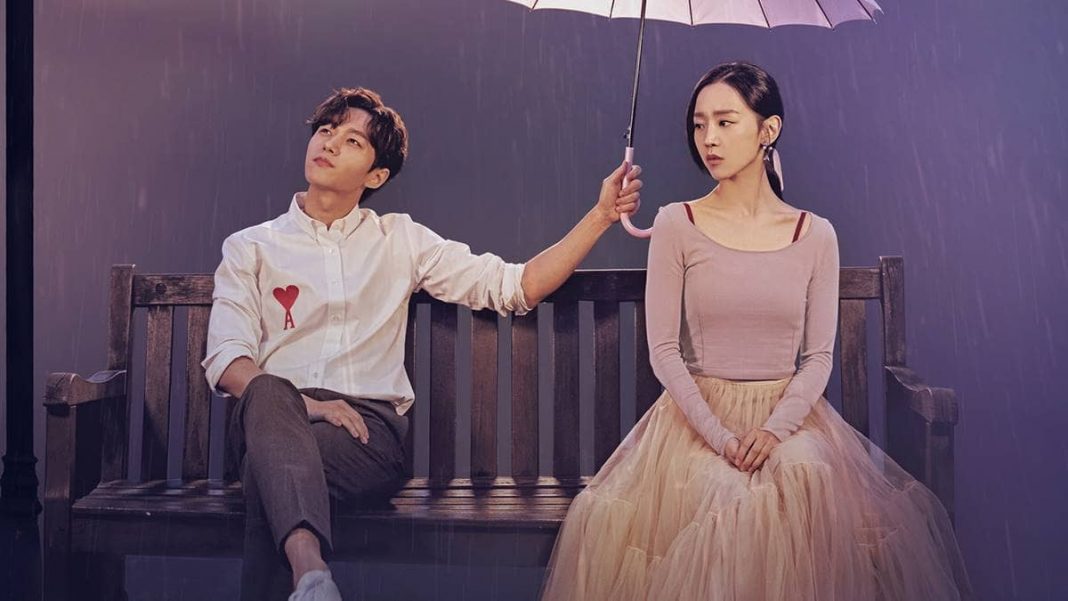 who has lost all her dreams because of an accident that made her blind, but later the story takes an unexpected turn as while finding the true love for the blind girl (Ho yeon seo) who has faced a lot of difficulties and has turned from icy cool natured person to almost a lost soul,

the angel starts loving her and develops an attraction for her and from there things get interesting and troublesome at the same time because the angels are not allow to love a normal human as the heavenly rules don’t allow that.

So let’s first look at the important characters of the drama before actually looking at how likable the drama is and what is the review that I am going to give to this fantasy romance drama. So this drama is about Kim Myung So (L), who is playing the role of Kim Dan, an angel who lives in heaven and always creates trouble.

Whenever he tries to help anyone, he always ends up breaking many rules of heaven, although his intentions. are never bad, still, that’s why he is being assigne the task of helping a blind ballerina find her true love after which Kim can enter heaven again.

Shin Hye Sun is playing the role of Lee Yeon Seo who initially used to be a very good ballerina and had lost all her dreams after the accident that destroyed her by taking her eyes and making her blind.

The harsh thing that she had to face from nature made her turn into a disappoint, depress, and lost person from a pure, complete, and icy person which is also reflect by the way she talks to her family.

From the accident, she lost trust in anyone and lost trust in life as well and that’s why she starts treating everyone including her family members in a harsh way.

we have Lee Dong Gun in this fantasy romance series

Then we have Lee Dong Gun in this fantasy romance series, who is playing the role of Ji Kang Woo. He was brought to run the ballet company of which Ho Yeon Seo was also a part. Ji Kang Woo had a long-time obsession with Yeon Seo and he was the one who wanted her to come back to the ballet stage and start dancing again more than anything or anybody.

Finally, last but not least Kim Bo Mi is playing the role of Geum Ni Na. She is Ho Yeon Seo’s cousin and she is also a ballerina just like Ho Yeon Seo was. Earlier before Yeon Seo met with the accident Geum generally lived under her shadow. She is kind of a confusing personality who has a lot of self-esteem issues combined with a family that is bombard with almost all kinds of problems.

So now finally let’s start with the review, Kim Myung So was fabulous in his role just like he has done in his other dramas, his role was funny and childish in the starting

and gradually it went from being somewhat childish to more and more intense as the drama progresses. So this drama was hilarious in the beginning and become intense and more interesting with time.

Shin Hye Sun is also someone who has been impressed with her performances in the past and her performance was also amazing in her role in this drama. Her role was very intense in the drama and she has to perform the role of a broken girl

who has lost everything after she met with an accident. In the end, Angel’s last Mission; love won my heart it has great actors, a rich story with a bit of mystery, a bit of childishness, forbidden romance. I loved the chemistry between Dan and Yeon and the love that they experience for each other

and how the rules of the heavenly and the earthly world create trouble for their love. The drama was completely felt with joy and also a bit of sorrow as well which makes it a perfect watch.

If I even have missed any great point about this topic. Kindly comment below so as that everyone can share. We’ll be happy to inform us about them within the comments. So write your thoughts down below within the comment box and truly as always you’ll inspect some more of my blogs.