Home ANIME Anime that are coming back in 2022 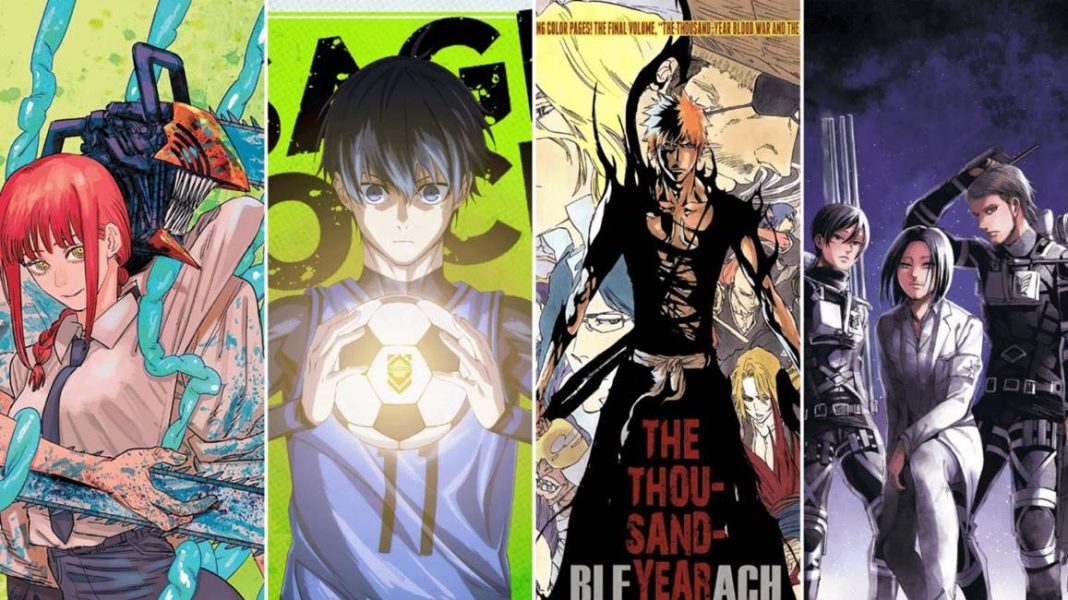 Anime that are coming back in 2022: Halfway into 2022, there have already been a tonne of releases of fan favorites in the anime genre. This year, anime lovers were amused by shows like Demon Slayer, Attack on Titan, Spy x Family, and Rising of the Shield Hero, among others. With several well-known anime franchises planning to return, the rest of 2022 will be equally hectic. Many formerly successful series will be continued. This year’s most anticipated concerts are those with their own significant fan groups. We’ll look at the anime on this list that most people are looking forward to in 2022.

The Devil is a Part- Timer- Season 2

In The Devil is a Part-Timer, Satan ends up in contemporary Japan without all of his magical abilities, rendering a trip back to his world impractical. He begins working part-time at a fast food restaurant in order to get by in the human world. If the premise wasn’t intriguing enough, we’ll tell you that the first season, which debuted eight years ago, is still cherished and was the topic of conversation even before the second season’s announcement. In July of this year, the fantasy-comedy will release its second season, much to the fans’ delight.

The cast and crew of Overlord anime have started production on season four of the show, it was announced in February via the show’s official Twitter account. An online role-playing game permanently shuts down with one player still logged in in the dark fantasy anime series,

which is based on the light novel series of the same name. Through his video game character, he is brought into the game’s virtual environment. He is really strong and has a lot of experience playing the game; he can easily defeat monsters. In his capacity as Ainz Ooal Gown, he aspires to lead his own Sorcerer Kingdom.

A second season of Rent-a-Girlfriend was revealed in February 2021 at the special stage event known as Event to Kanojo -EveKano, which featured the Japanese voice actors for the show. The next sequel will be released on July 2 this year, according to the official anime website,

which made the announcement in May. The show centers on Kazuya Kinoshita as he has a breakup, leaving him feeling lonely. It is inspired by the manga series by Reiji Miyajima, which TMS Entertainment adapted. He employs Chizuru Mizuhara as a rental girlfriend via an online agency to help him deal with the anguish. The client and his girlfriend are forced to maintain their act of being a real couple after Kazuya fabricates a relationship with Chizuru in order to please his grandmother, which leads to antics.

Since its release in 2016, the popular shounen anime Mob Psycho 100 has enjoyed success. Studio Bones’ plans for a third season were made public in the latter part of last year. Shigeo Kageyama, sometimes known as “Mob,” is a young man of average appearance who possesses extraordinary psychic abilities. Reigen Arataka, a con artist who poses as a spirit medium despite having no such powers, comes into his path. In this crazy comic show, Mob works with Reigen and assists him in handling the supernatural requests from his clientele. The first and second seasons have earned a great deal of critical acclaim, and the third season, which premieres in October, is anticipated to be equally well welcomed by viewers.

A popular shounen anime right now is My Hero Academia. Shigaraki and the Paranormal Liberation Front are about to make a move, therefore it’s also at a pivotal point in the plot. The Pro Heroes need to take action to prevent them from going further and starting an all-out war in Japan. When Kohei Horikoshi’s My Hero Academia began serializing in Weekly Shonen Jump in 2014,

it swiftly goes up to the top of the sales charts for manga. In 2016, Studio Bones produced an equally successful anime adaptation. The start of the sixth season won’t be available to viewers until October of Fall 2022.

The Tatsutki Fujimoto manga Chainsaw Man, which ran from December 2018 to December 2020, quickly rose to prominence. Fans couldn’t wait for the anime adaptation when MAPPA revealed it was in the works. There are many different types of devils in the planet where the narrative is set, each with their own ideas. Zombie devils convert people into zombies, and the Bat Devil stalks individuals like a bloodsucking bat. The Chainsaw Devil is created when Denji, a despairing, indebted man, unites with his dog Pochita. Denji, who can transform any part of his body into a chainsaw, joins the Public Safety Bureau to hunt demons. The anime will be released sometime in 2022, according to Crunchyroll, and it will be available on the streaming service.

On April 9, Spy x Family premiered, and its 12-episode run should be complete by June. A total of 25 episodes of the Wit Studio and CloverWorks programme are planned, with the second part—13 episodes—airing later this year. In October 2022, Loid, Yor, and Anya’s exploits will be finished in the Kazuhiro Furuhashi-directed animation. As was the case with the currently airing Part 1, it goes without saying that Spy x Family Part 2 will be one of the top anime contenders in Fall 2022.

Uncle from Another World (Anime coming back 2022)

Uncle from Another World is an upcoming anime TV series created by Atelier Pont d’arc, known for creations like Ganbare Douki-chan, and adapted from the Hotondo Shindeiru manga series.

When Yusuke Shibazaki is 17 years old, he is struck by a truck and goes into a coma. 34-year-old Ysuke awakens suddenly 17 years later, speaking various languages, and even possessing certain magical abilities. While Takafumi, his nephew, is not delighted with his uncle’s newly discovered skills that keep getting them into trouble, Ysuke explores the world with the curiosity of a child.

To your Eternity Season 2

For its humanistic narrative and outlook on life, To Your Eternity was one of the most popular anime series of the Spring 2021 season. The wildly popular series’ second season is now scheduled to debut as one of the highlights of the Fall 2022 roster,

despite changing animation studios. Fushi, a featureless entity made by the mysterious Beholder and sent to Earth with the capacity to assume the form of others, serves as the series’ main character. His voyage across the planet is portrayed in the story, where he encounters many characters and develops close bonds with them.