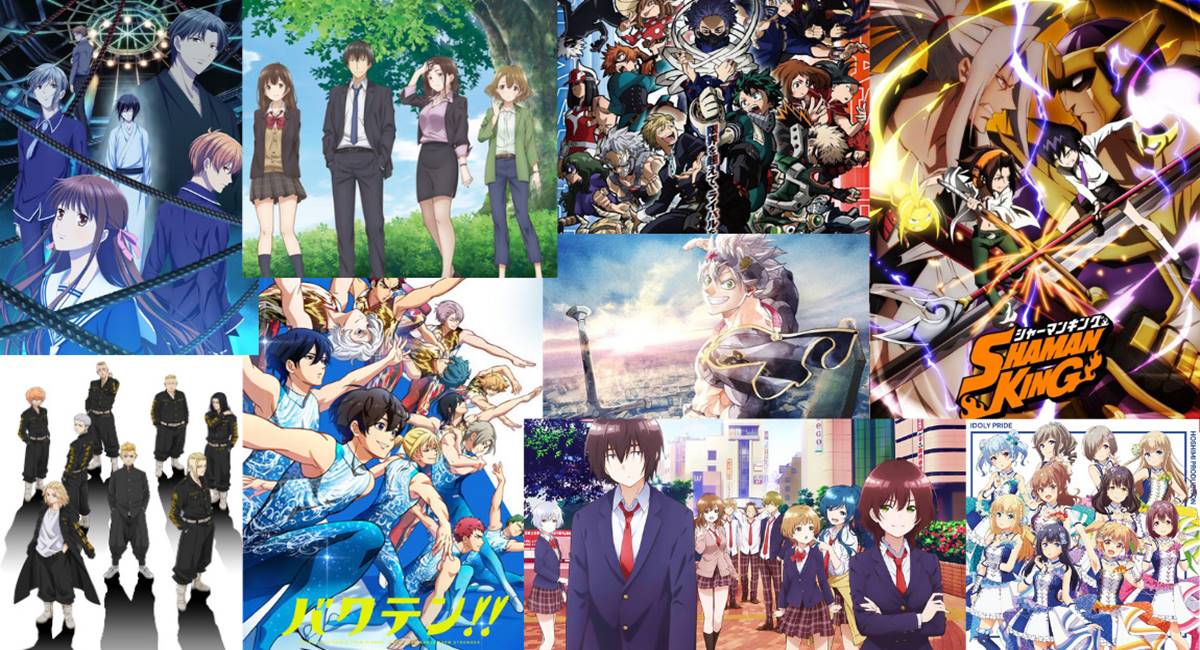 Top 10 Best Animes of 2021 everyone should watch

Animes of 2021: As we approach the end of the year 2021, I thought that why not share some famous anime that created hype among everyone. Every year a lot of anime is released but some make it big. Through the years many animes came out as fan favorites, they can be of any genre but all of them have some things in common such as a storyline that attracts people and some scenes which people remember for a long time in their lives. So here is the list of the 10 most popular anime of 2021 so far.

Nowadays when we talk about anime the one which surely comes to mind is demon slayer. Known as Kimetsu no yaiba in Japanese, the anime shares the journey of Tanjiro, along with his sister who embarks on a journey to avenge his family who killed his family. The anime first season was released in 2019 which became a massive hit, in 2021 it sold about 150 million copies of manga. The highest ever earned Japanese movie was demon slayer Mugen train. It second season is going on right now so do watch it.

The story revolves around a young teenage man named Yuji itadori, who unknowingly eats a finger of sukuna, a dead curse who made itadori his vessel, Which will be broken when he eats all the fingers. The manga was able to sell 55 million copies in 2021. It also won anime of the year 2021 at Crunchyroll anime awards.

3. That time I got reincarnated as a slime

This anime follows the story of a salesman named Satorh Mikami, who gets murdered and was reincarnated as a slime with magical powers. Later he discovers that he was born with unique powers to build his nation of monsters. The manga sold 4.5 million copies. The anime received the 2018 booker award for best manga. The anime was also appreciated by everyone.

4. The rising of shield hero

The anime was initially considered to be a dark fantasy thriller not to be watched by everyone. Also known as Tate no yusha no Nariagari, the story tells the story of Naofumi iwatoni, who was transported into a parallel universe where he became a cardinal hero to fight with hordes of monsters. One of the characters named Raphtilia won the best girl category ar crunchy roll awards.

The story is about a genius teenager named Senku Ishigami who wants to recreate human civilization by use of science. The manga sold over 10 million copies in 2021. It is one of the most watched anime on Netflix Japan. Through using science as a thing the Senku help people to recreate and relive the moment.

This one is a sports anime in this listings. Haikyuu is the journey of Hinata shoyo who is a small volleyball player with a goal to become the best. The anime consideration of the best anime. During the 2020 winter season, haikyuu was one of the greatest anime which was streamed anime in Brazil and many countries. It sold more than 55 million copies of manga.

If you haven’t seen this anime, then I wonder what are you doing. This has to be one of the best anime of the decade since It was released. The world where humans live inside a wall when they were mysteriously starter getting attacked by the human eating TITANS. The anime revolves around the story of Eren Yeager and his friends who just want to escape the wall. The anime is considered to be full of Emotions and mind blowing Theories. It should be watched by everyone.

The anime is mostly loved by teens. This anime tells the story of Takemichi who gets stucked in a train and gets transported back in past as 14 years old. He takes it as an opportunity to become better in the future and also gets in trouble with Tokyo Manji Gang who killed her future girlfriend. He swears to take revenge but in the process, he also gets to know that how things are done in the past changes the future and he gets in big trouble. Thus it has to be a must watch due to his character development and story changes.

A new generation of anime tells the story of a future where people forgot how the music sounded like when a strange group of aliens knowns as D2 attacked the humans they hated the music and banned it humans could not stand against them and were killed or lived a life without music. The anime involves classical music and a fight between, Musicarts and Conductors, who fought against the D2. The series is good since it has got some good visuals.

The Anime become an instant hit when it arrived in winter. Mushoku Tensei or Jobless Reincarnation narrates the story of a jobless man who dies in real world and is reincarnated in a different world where he has memories as a human but decides to live his life fully In this fantasy world. The story has quite up and downs but comes out best when seen.  Thus the change that occurred during life affects the virtual world.