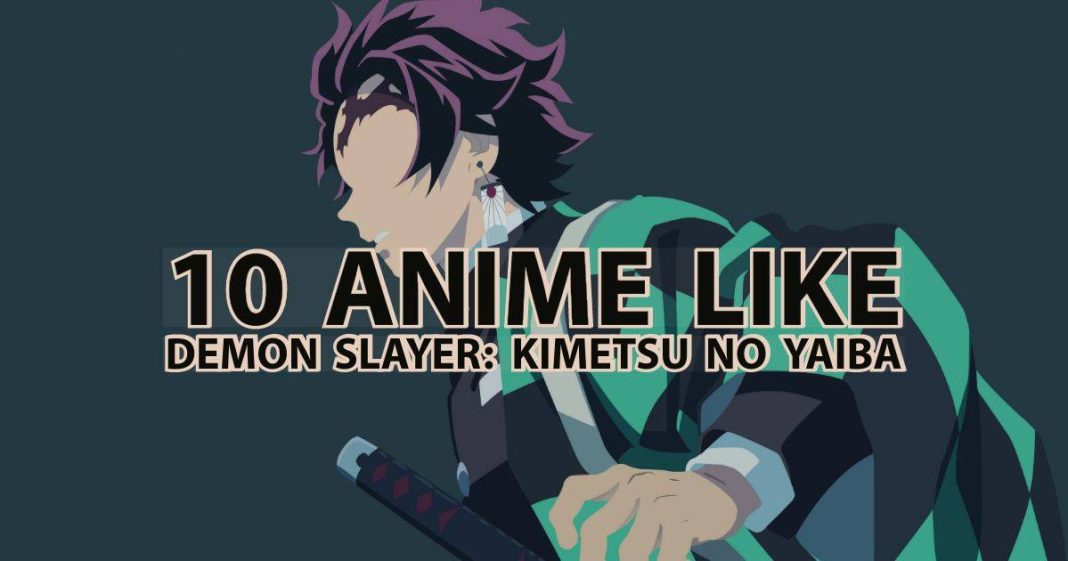 10 Animes similar to Demon slayer you will like to watch

Animes similar: Finished watching demon slayer? Waiting for its new season to release. Well, don’t wait you can watch the same Animes just like Demon Slayer so that you don’t get bored. Demon slayer is undoubtedly the most popular anime in recent times, with its simple yet interesting storyline combined with unbelievable animation it becomes a must-watch for anime lovers. While the anime season 1 just has 24 episodes we can still expect some interesting animations. But till the season comes out, here is the list of some Animes which are similar to Demon slayer you will surely enjoy watching.

This is an anime that is surely in the top five anime of all time. This anime is set in a world where people are born with supernatural abilities which means that people have the choice to either become a hero or a villain which makes this show more interesting. The main character was born without any abilities and fight the villains to reach his goals. The supernatural abilities are varied and thus making it more watchful anime.

Though being an anime that is not similar to the Demon slayer but still in the anime the fictional work used is the same as used in other animes. This anime describes the various functions going inside a human body. The organs or parts of the human body are shown like a human figure itself to connect the anime with people.

This is one of the Animes which left a deep impression in people’s minds when it was released through its dark fantasy genre. The anime follows the story of a person who trains to become a master swordsman known as a black swordsman

who joins a group of mercenaries. The anime was released in 1998 though being old the anime has some unbelievable fighting scene that makes you come over the seats. The series is said to be one the those made for mature audiences with its dark theme.

4. Re-zero-Starting life in Another world

The anime is a masterpiece itself that tells the story of a man who has transported a different world from the present day. He also discovers that he has to make it through this world defeating many difficulties in his ways. And also when he dies,

he doesn’t die actually and returns to the point where he gets another chance to live again. The anime had only one season but it truly left its impact on the people with its storyline and character beyond imagination.

The anime is based on the fact that demon slayers are present in every era of time. The story of anime follows the journey of a person named Hyakkimaru who becomes a Ronnin fighter and later discovers

that some of his body parts are stolen and he has to get them back by fighting demons. The side character’s name is Dororo who is with him. The fighting scenes are quite similar to Demon slayer which makes the fans interested.

Just as the name is similar to Demon slayer, this anime also follows the story of killing goblin in order to stay alive. The story is the same as what happens in a video game in which you get tasks and new enemies as your level goes up. The anime has the same story as the demon slayer but differs in character development. Sometimes the goblin slayer anime is not appropriate for all kinds of viewer’s so watch it on your own.

The anime shows the story of two brothers and their quest to find their bodies which got destroyed while doing a forbidden ritual. The anime follows the brother Edward and Alphonse Alric, who try to get their mother from dead lose their bodies. The story is set on their quest to find philosopher stone. Thie anime is said to be the number one anime of all time which shows s great chemistry of alchemy used by Alric’s brother to continue their journey. It is a must-watch for everyone.

The anime is an old one but still one of the people’s favorite. The story follows the journey of fifteen years old girl who falls well inside a shrine and ends up being transporte in the back time of the Sengoku period in Japan. There she meets a half-human half-dog demon named Inuyasha. The story follows how they end up together while fighting with a world full of demons. The story is full of surprises and forms the perfect anime to watch.

The black clover is another modern Day anime that is super good. This anime is based on the story of Asta, who was left in front of the church gate abandoned as a baby. Later born in a world where everyone is born with some magical powers, Asta was the one without power. Still, he gets on a journey to find his true magical powers

and also become stronger than his friends or rival yonu. He wants to become the king of the magical world. The anime has finished recently and is a must-watch.

This anime is one of my personal favorites when it comes to fighting scenes that are truly out of the box. The anime shows the story of a teenager Ichigo Kurosaki who becomes a soul reaper when he meets another soul reaper accidentally. Anime series has some fight scenes which are still feel like new. The anime is must watch for the people

who are already into demon slayer as both the main character in anime define the power of strong will and pursuit to become the best.