Home ANIME Are Boruto’s descendants also going to have Hyuga and Uzumaki blood? 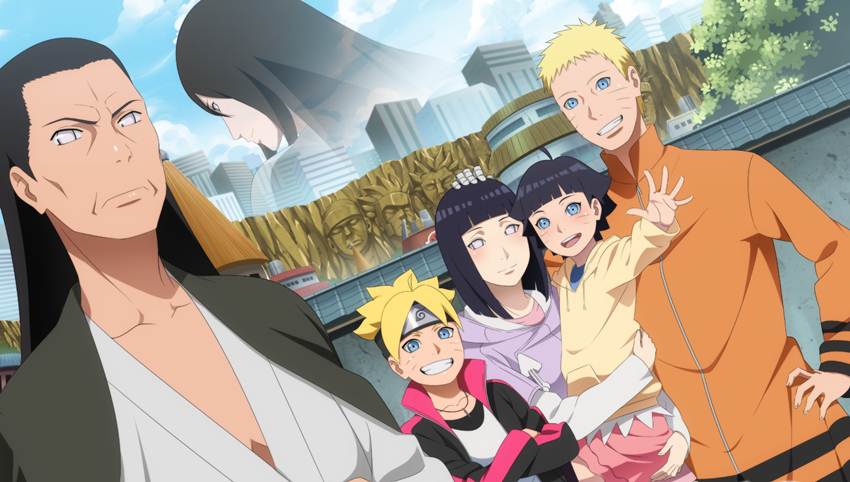 Well we can only assume the hyuga is because out of boruto and Himawari the only genetic traits we know of are Namikaze and Hyuga unless the wiskers are Uzumaki so unless the chakra system says otherwise it appears Hyuga is the dominant bloodline. There is no really genetic Namikaze trait. Minato simply had blonde hair and Kushina had red hair, and since blonde is dominant and red is recessive, Naruto has blonde hair. It doesn’t have anything to do with strong bloodlines.

The face marks are a result of Naruto’s own genetic mutation, which spread to his children. The mutation is weakening, because Boruto and Himawari are only born with two sets of marks when Naruto was born with three.

Naruto was Uzumaki in every sense of the word. Red hair isn’t a determination of Uzumaki heritage, just a common trait. Otherwise, Naruto is 100% an Uzumaki. He is also an Asura chakra host, showing his true heritage, because only Uzumaki, who are descendants of the Senju are capable of being hosts. seeing as most Hyuga always are born with Byakugan, it would seem Uzumaki is the most dominant. Of course, the Byakugan can still surface, even in Uzumaki dominant bloodlines.Well the thing is a Hyuga is a Hyuga, and an Uzumaki is an Uzumaki. There is no such thing as a “pureblood Uzumaki” or “pureblood Hyuga”. Boruto may have the Uzumaki surname, but he is still a Hyuga, even if he doesn’t possess the surname.

The real question is if Boruto’s children will still be able to awaken the Byakugan. After all, Hinata is a Byakugan-user, but Boruto isn’t confirmed to be one, and the Byakugan seems to be a recessive trait when it comes into contact with another strong bloodline like the Uzumaki bloodline.