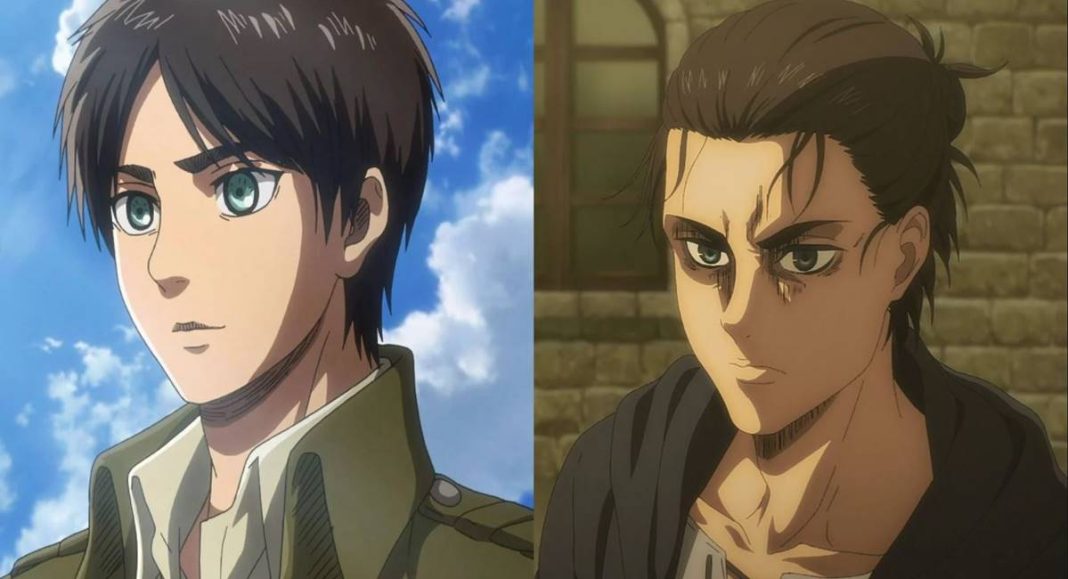 ATO Eren: Hello friends how are you all? I hope you are doing great. When we talk about anime, we talk about its characters and the story which is being shown. One such character who is becoming famous is Eren Jeager, the main protagonist of the anime Attack On Titan. He is one of the best characters in the anime he started as a Protagonist but ended up being an antagonist.  As the story progressed his character development was massive as no one was expecting it. Here is some unknown facts about him.

Eren’s name originates from a turikish origin. It means that he who progresses or has reached divine maturity or sacred wisdom or simply a saint or a holy person.  This also resembles the German name Ehren” which simply means “Honor”. The writer said that he picked this name because it sounded feminine. And his last name “jeager” means hunter in the German language.

Just because he created the character doesn’t mean he like that character. They don’t possess any common things to share between them. Isayama the writer told that it was very difficult for them to write Eren because they had nothing in common.  That is why the character is more unusual than before.

As we already know how much Levi loves to c learn things. This thing he also taught to Eren who which helped him a lot.  According to the Captain expert Judgement, Eren was the one who was expert at cleaning out in all the cadets present in there. He is an expert In beating the dust out of father’s backrest which is present and futons.

10. Opposite of the Typical protagonist

One of the things that the writer was most concerned about was that while creating Eren he was not destined to be like a normal protagonist of the series. He was not born with any super powers which is a normal practice in Mange and he wanted Eren to be Different. While his family and his destinations still affected his destination and abilities, still it is hard to guess when Eren will turn his back against his friends.

9. Most titans Killled by anyone (ATO Eren)

As a member of the Training corps, Eren is the first one who has killed the highest number of titan body count.  The reason was that as a Titan Shifter, he had a larger capacity to do damage than anyone eldians. In human form. He has only taken out one titan which is none when counted. Mikasa is the one who killed his highest number of titans in the crops using weapons and gear.

Isayama once said that Eren has Type B blood. This implies that Eren is not a normal person which further states that he has not had a typical human blood type. Isayama also said that it is not sure whether Eldians or titan shifter qualifies as humans or not.

Eren chooses to show his hatred for Titan in An unexpected way. if you don’t understand Japanese the you probably miss the detail where Eren talked about Titan, he uses the as Suffix – hiki which refers to them as small animals who are very low. He uses this word so that he can make anger control against the Titans which are very large in size and show them lower than humans in an unusual way possible.

6. Why did his hair grow long?

When during the end of the season, Eren grows his hair long, but Isayama said that he is in a state which he doesn’t care about himself, he is also disguising himself to protect himself from others. Since he was to be hospitalized.

When Eren was first shown in the anime, he was just a Teenager, most of the manga doesn’t depict teenagers drinking but at that point, I don’t think he has consumed much liqure at that time. Even when he is 29 he is still not at the Japanese legal drinking age. He is a heavy weight drinker that is why he said that he doesn’t get drunk easily.

4. His Hair color was choosen for a reason

If someone only watches anime, they probably think about Eren’s hair which is brown in the anime, but in manga initially, the hairs were depicted as black. The writer said that he chose black because Eren was such an energetic character and it is easier to draw speed lines around someone with black hair in the manga.

In an interview with MTV, Isayama has said that he is a big fan of MMA fighters and he modeled Eren’s Titan from aster Yushin Okami, a Japanese mixed martial artist. In another interview, he revealed that Titan’s fighting style was inspired by another MMA fighter, Takanori Gomi.

Isayama is said to be a man who gives his characters theme songs from an existing artist that he believes reflects the personalities of the character in some way. You can find the Eren song by the name of” Otoko wa Romandaze! Takeda- Kun”.

1. He already knew about his Titan form (ATO Eren)

When Isayama first started writing the series, he taught about having Eren know about his Titan shifting Form which says like ability to jump and attack on someone which is quite good in the series. He revealed in the interview that Eren already knew about his Titan form from starting.

These are some of the unknown facts about Eren from Attack in Titan. The anime series is about to end soon so you can go and enjoy the series. hope you liked this article.