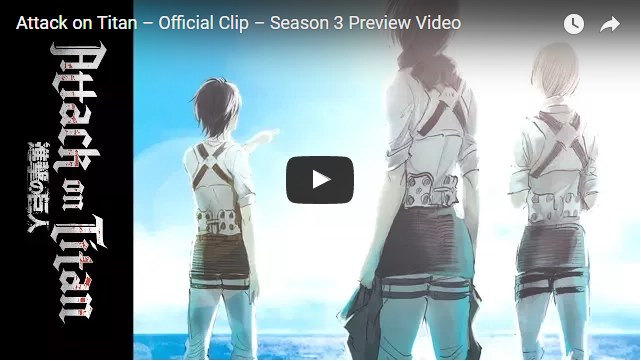 Funimation began streaming a 15-second preview video on the Saturday for the 3rd season of the “Attack on Titan anime”.

The final episode of the anime’s 2nd season revealed on the Saturday that a 3rd season will premiere in 2018.

The English dub of the 2nd season premiered on Adult Swim’s Toonami in the April, and then on Funimation’s streaming service a day later.