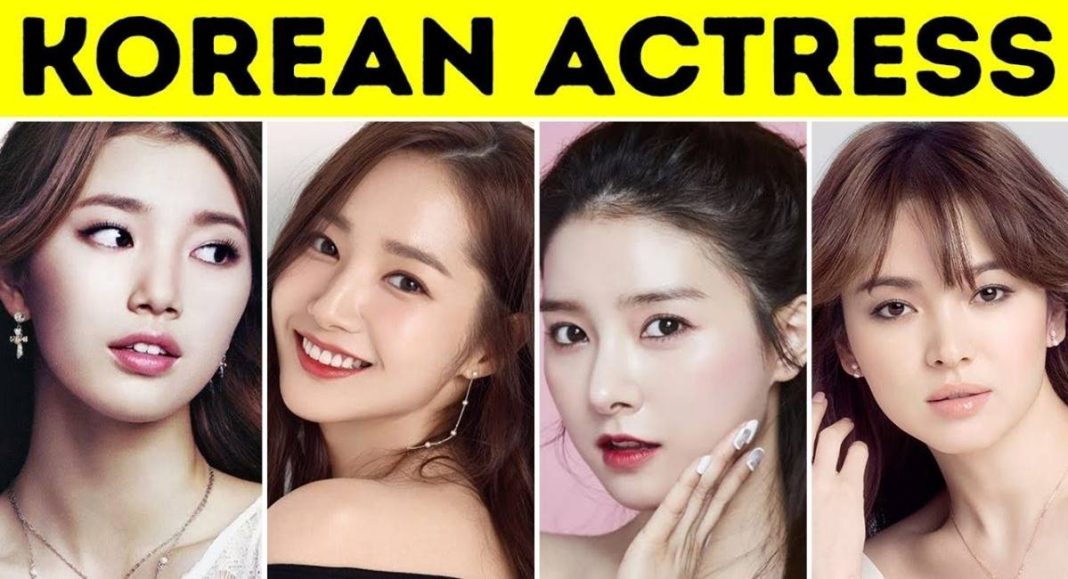 Han Hyo Joo made her debut with K-drama named Spring Waltz. But she did not gain much attention for that The next drama that she did was Brilliant Legacy The drama was a hit and from there she started getting noticed by filmmakers She was signed by a lot of producers after Brilliant Legacy. She then acted in a film named Ad Lib Night Han Hyo Joo got lots of awards and honors for her performance The success of the film produced more opportunities for the actress.

She then performed in many other TV dramas like Shining Inheritance, Dong Yi!, and Ilijimae. She has also played the role of the lead actress in one of the highest grossing films of South Korea called Masquerade. The film was a period drama. She was highly appreciated by all for her stellar performance. She performed many other shows and films such as Cold Eyes, Golden Slumber, The Beauty Inside, and many more.

Song Hye Kyo made her debut in the industry as a model. Later she decided to pursue acting She made her debut as the actress in All In and KBS2’s Autumn in My Heart She got great fame from the dramas. The drama was an international hit. But the reason Song Hye Kyo is in the second position is the list is her role in Descendants of the Sun. The drama was a mega hit on the TV. The drama is also counted in the list of best K-dramas The next most popular drama of Song Hye Kyo was Encounter. Both of these dramas made her famous worldwide.

IU which stands for I and You is one of the best solo K-pop artists. Apart from that, she is also a great radio host and television actress. She has done great performances in many K-dramas. Her real name is Lee Ji Eun but she is popularly known by her stage name IU. She is one of the most influential celebrities of South Korea. IU has acted in many popular K-dramas like Pretty Man, Moon Lovers, Lee Soon Shin and The Producers She is multi-talented and has given many great performances in different fields of the entertainment industry. This is the reason why she is ok number 3 of this list

Bae Su Ji is one of the most talented actresses of South Korea. She participated in the reality show named Superstar K. Bae Su Ji was noticed by a musician there and was hired as a music trainee. She actually started her career as an online model. Later she started working as a music trainee. She then shifted towards acting and made her debut with the film Miss A. She also performed as a television host in many shows. After getting many small successes she finally got her career defining roles. She got the offer of the drama series While You Were Sleeping The series became a mega hit. The series is one of the best drama series. She was also the leading actress of another Mega hit drama called Gu Family Book After many such amazing she is now one of the most in-demand actresses of Korea.

Kim So started her acting career at a very young age She did many supporting roles as a child artist She got her first lead actress role in the movie named Who Are You: School 2015 From that she has acted in a lot of K-dramas like Hey Ghost, The Emperor: Owner of the Mask, Radio Romance, etc. She has performed in all kinds of genres. She has worked in horror dramas like Hey Ghost. Kim So has made historical movies like The Emperor. She has also performed in a romantic comedy like Radio Romance. Kim So Hyun is one of the most versatile actresses in the K-drama industry.

Jun Ji Hyun is famous for the K-drama named My Love from the Stars. The drama was about interplanetary love between two persons. The drama is regarded as one of the best K-dramas. The actress also played the lead actress in a Romantic Comedy drama named My Sassy Girl. The drama was a Mega hit. The drama won her the best actress award. The success of her films and dramas made her an international celebrity. Apart from the two dramas mentioned above, she has appeared in many other successful films and dramas. Some of the notable mentions among her performances are Windstruck, Legend of the Blue Sea, Assassination, Berlin File, etc.

She is one of the highest paid celebrities in South Korea. Jun Ji Hyun is also a popular personality in advertisements She has done advertising for many big brands like Samsung, Lotte Duty Free, etc.

Park Shin Hye made her debut as an actress with the K-drama named, Stairway to Heaven Although Shin Hye was first noticed in the music video of the singer, Lee Seung Hwan After making her debut in the K-drama it didn’t take her time to rise to fame. The next drama that she did was You’re Beautiful. The drama became a sensation on the internet. The actresses didn’t stop her strings of success here. The actresses many more successful dramas after that such as Pinocchio, Flower Boys Next Door, and Heartstrings.

Lee Sung Kyung was originally a model. She had no plans of making a debut on TV. A director was in desperate need of new faces for his series. He somehow stumbles upon Sung Kyung’s Instagram page. He decides to sign Sung Kyung as her next lead actress. Finally, she made her debut with the series named Okay, That’s Love She became an overnight sensation with this series. She started receiving tonnes of offers. Lee Sung Kyung appeared in many Mega hit dramas like Doctor Crush and Cheese in the Trap. She then became a part of her career defining drama named Weightlifting Fairy Kim Bok Joo. The drama became one of the most successful dramas in the industry.

Park Bo Young made her debut at a very young age. She is one of the most beautiful actresses in the K-dramas industry. She has done a lot of work in the industry. After her debut, she has been constantly getting roles. She has done all kind of genres. Some of the notable work includes A Werewolf Boy, On Your Wedding Day, Oh My Ghost and Strong Woman Do Bong Soon.

She made her debut as a child actress in the industry. Kim Yoo Jung is one of the most successful child actresses in the industry. She has won numerous Best young actress awards as well. Some of the best performances include Love in the Moonlight, Dong Yi, Moon Embracing the Sun, and Angry Mom. She is also described as the Korea’s Little Sister. Many other child actresses failed to make it to the young industry. This was not the case with Kim Yoo Jung. Kim Yoo Jung made her transition into the young industry super smoothly. Some of her career defining works are Moonlight Drawn By Clouds (Love in the Moonlight) and Clean With Passion for Now.