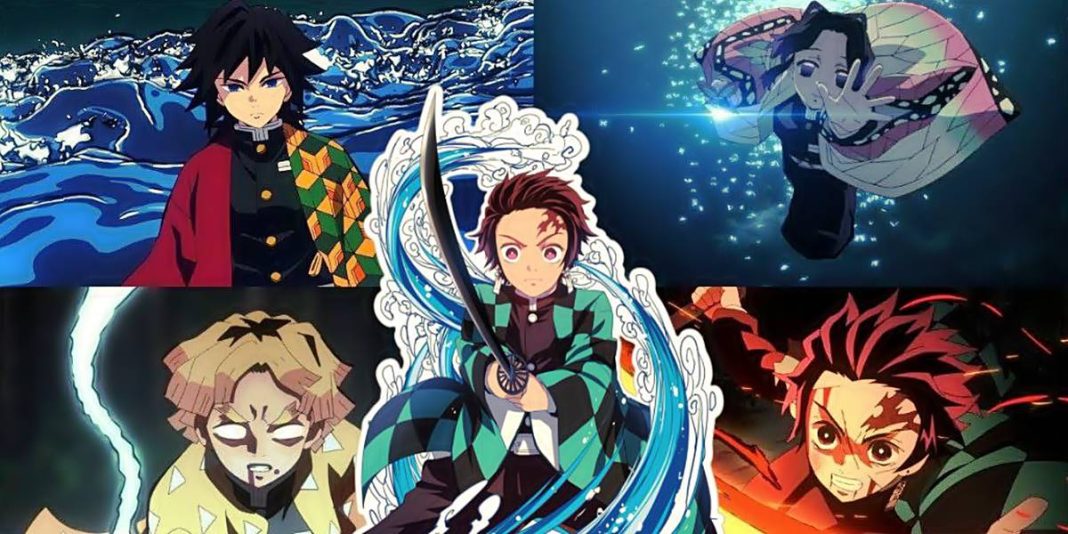 Best breathing forms: Hello guys. We all love watching Demon Slayer and have seen those mind-blowing breathing forms. You all will be keen to know about them. So here are the top breathing forms which are used in Demon slayer.

As the name suggests this technique is made up of using Movements of insects. Flower breathing uses smell and techniques of the flower. Like insects, this form also uses a sting attacks. Shinobu uses this technique with her sword which is needle-like with a tip being poisoned to kill demons. They have techniques like butterfly dance, centipede dance, bee sting dance, and dance of dragonfly.

It is derive from water breathing. Mist breathing allows users to create fog to distract and after that allows the user to attack in the mist. This creates confusion in demon or enemies. In anime, it is use by Muichiro Tokito, the youngest hashira. Who got the status of hashira in just two months. There are seven forms. The last one is deadliest in which the user creates an obscure cloud and attacks in the blink of an eye.

This is derive from the Thunder breathing form. This technique uses sound to identify the movement of the enemy. Uzui Tengen the sound hashira uses this. This has five techniques some of which are First form -Roar, fourth from – constant resounding slash, and fifth form- String performance. He has a great ability to manipulate and understand sound. He will be seen in the upcoming Entertainment district arc.

As the name sounds, it uses wind to produce the killing effects. It can also be derive from sun breathing. Presently this technique is use by Sanemi Shinazugawa. This technique can be more evolved to create beast breathing. It has mainly nine forms some of which are dash and slash and gale sudden gusts. This is also use to create tornado and other hazardous wind disasters.

This is another technique that is derive from sun breathing. In this technique, the power of thunder is use. This form mainly uses lightning and thunder which is speed and power to attack the Demons. In anime, this technique is use by Zenitsu Agatsuma. It has mainly seven forms. In the anime-only first form which is Thunderclap and Flash is seen. He used this techn against the Demon Enmu in the Movie Demon slayer The Mugen train. The final form which is the seventh form is the deadliest which uses power in which the user dashes forward with incredible speed shaped like a dragon.

This is the first breathing form seen in the anime mastered by Giyu Tomioka. This uses water formation and movement. It has more subform like insect, flower, and serpent breathing. Tanjiro kamado the main character of the series also uses this technique. It has eleven forms. The lss one being most deadliest name Dead calm. The techniques are more dependent upon how the user uses it This technique has been shown more than sny form in the anime and might be one of the favourite of the fans.