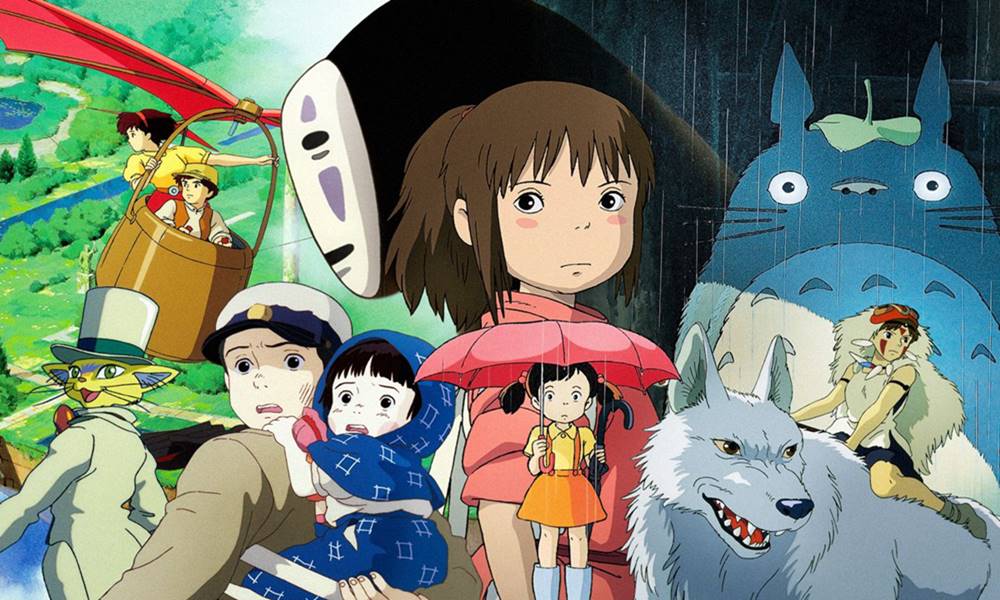 Best movies of Studio Ghibli On Netflix: A number of the top anime movies have been created by Studio Ghibli over the years. Numerous Studio Ghibli films have received high praise from critics and have become increasingly popular due to their mystical features. The most recognizable characters, including No Face, Totoro, Jiji, and others,

were created by Studio Ghibli in addition to the memorable storylines. Several films from the renowned production company have been added to Netflix’s catalog as a result of Studio Ghibli’s growing popularity. Despite the fact that not all of the Studio Ghibli films are on the list, these are some of the well-known and important ones.

Ashitaka, a young Emishi prince who has been afflicted by a demon and must find a cure before he perishes, is the protagonist of Hayao Miyazaki’s fantasy film Princess Mononoke, another one of his masterpieces. As he travels, he meets San, a little child reared by the wolf goddess, and they become embroiled in a conflict between selfish humans

and supernatural beings who want to preserve their own existence and the environment they inhabit. The characters of Princess Mononoke are richly developed and visually appealing. When it comes to the ecology, Princess Mononoke illustrates the negative impacts of industrialization as well as

the issues that can occur as a result of the unequal power relations between people and the natural world. This film is definitely worth seeing because its concept is relevant to the difficulties facing the globe today.

Spirited Away (Studio Ghibli On Netflix)

Spirited Away is a must-see for every fan of anime movies and is regarded as one of Studio Ghibli’s best works. which contains the topic of self-discovery, chronicles the journey of Chihiro, a 10-year-old who unintentionally joins the world of spirits

and must discover a way to escape and save her parents. The excellent plot and stunning visuals make Spirited Away a fantastic movie to see. Along with the magical aspects for which Studio Ghibli is renowned, the film also depicts the traditions and myths of Japan. When it comes to Spirited Away, Miyazaki consistently receives praise for his entrancing storytelling.

An imaginary realm where magic and modernity coexist is the setting of the fantasy movie Howl’s Moving Castle. Sophie, who has been given a witch’s curse that will cause her to age, is the main character of the film. A powerful wizard named Howl and his supernatural allies live in a mythical castle, and Sophie, who is determined to remove the curse,

seeks out his assistance while travelling and learning the importance of compassion and emancipation. The anti-war message of Howl’s Moving Castle has won praise from critics. Through Sophie, who matures into a stronger, more self-assured person, the film also examines the good aspects of growing older.

A 13-year-old witch named Kiki, who lives alone in a new town, is the subject of the novel Kiki’s Delivery Service. Kiki starts working at a neighborhood bakery to support herself, and she uses her broomstick to establish a delivery service. Kiki and her talking cat Jiji embark on a journey of self-discovery

while having experiences in the new town, forging new bonds with other people. The main protagonist’s transformation from a kid to an adult is the subject of the book Kiki’s Delivery Service. Kiki learns to be a strong, independent witch by facing her most vulnerable times. Kiki’s Delivery Service is among the greatest slice-of-life themed films ever made thanks to its accessible topic and traditional Studio Ghibli aesthetics.

The Tale of the Princess Kaguya

Based on a Japanese folktale from the 10th century called The Tale of the Bamboo Cutter, The Narrative of the Princess Kaguya is a modern tale. As a miracle infant discovered inside a shining bamboo by a bamboo cutter, Princess Kaguya is described in the film. In contrast to most young children, Kaguya develops quickly because of her supernatural roots,

and she possesses a beauty that transcends the mundane plane. The selfish interests of people, however, cause her life to swiftly change. Kaguya’s love for mortal life undergoes a significant transformation in The Tale of the Princess Kaguya

as a result of the sadness caused by human wants. Tale of the Princess Kaguya does not adhere to the realistic art direction found in the majority of Studio Ghibli films.

Grave of the Fireflies (Studio Ghibli On Netflix)

In the months of the Second World War, the animated war tragedy Grave of the Fireflies takes place. The plot centers on Seita and his younger sister Setsuko, who recently lost their mother in a firebombing. The siblings, who are abandoned in an abandoned bomb shelter and without a guardian,

fight to survive together only finding comfort in one another’s company. Grave of the Fireflies, in contrast to previous war films, is more concerned with the effects of the conflict on specific people, particularly children. An outstanding masterpiece from Studio Ghibli, Grave of the Fireflies is unquestionably a tearjerker.

My Neighbor Totoro is an fantasy film that has been hailed as one of the most recognisable works from Studio Ghibli. It centers on the friendship between two young sisters and Totoro, a forest spirit. Mei and Satsuki meet additional magical beings during the course of their friendship,

making fond memories with them as they do so. The most well-known character in the production company, Totoro, was created by My Neighbor Totoro. This critically regarded film is undoubtedly worth seeing due to its straightforward yet compelling plot and wonderful Totoro.

When Marnie Was There

An emotive tale about acceptance and self-discovery is called When Marnie Was There. Anna Sasaki, who was orphaned at an early age and now lives with relatives in a rural village, leaves because of an asthma attack. Anna meets Marnie, a fascinating girl, while exploring the town and discovers an abandoned mansion. A rapid connection develops between Anna and Marnie, but as time goes on,

Anna realizes she has a far closer bond with Marnie than she had anticipated. When Marnie Was There has received praise from critics for being visually and lyrically stunning. It beautifully depicts the feelings of isolation that children experience when their parents work long hours and live in a busy environment. Anna and Marnie’s developing friendship is the subject of the story.