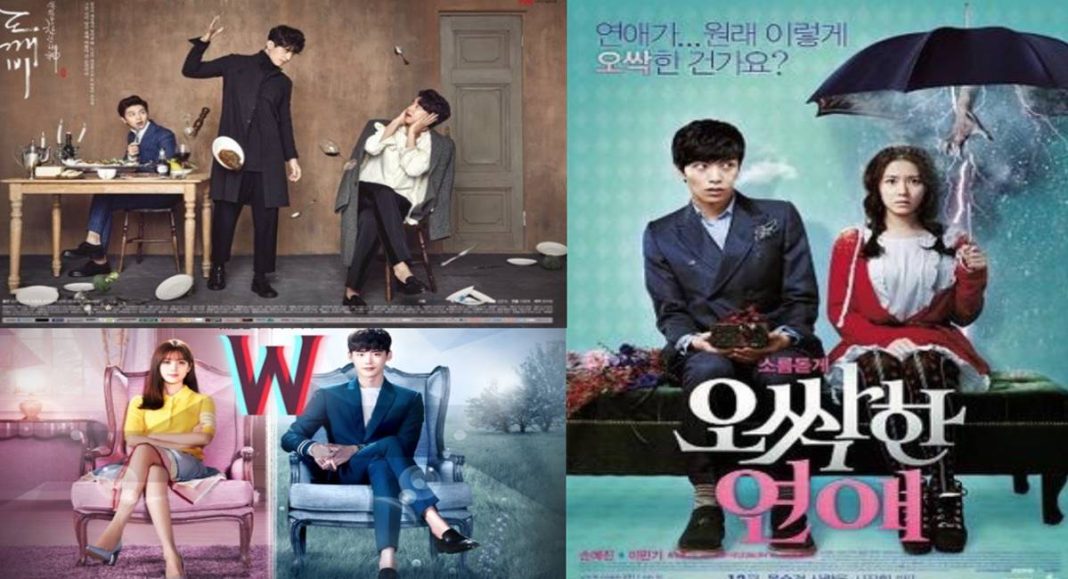 Best Supernatural & Fantasy K Dramas on Netflix According to IMDb 2022

Fantasy K Dramas: K-dramas come in a huge range. There are all types of K-dramas. Here we will present the best K-dramas that are title as supernatural and fantasy. The criterion of this list is strictly IMDb ratings.

Supernatural and fantasy K-dramas ranges from showing paranormal activities to showing multi-universal phenomenon. If you like watching supernatural thrillers get ready to see the best of that category.

The Mystic Pop-Up Bar is not a normal drinking bar. The bar is associated with ghostly and paranormal activities. The bar does way more than just selling beers. The story is about a bar located in the outskirts of the city. The bar has all its employees having supernatural abilities. The owner of the bar is a lady. The owner is cursed 500 years ago to stay in the living realm and assigned the task of helping ghosts settle their issues and grudges.

There are other employees with their unique abilities. An employee with the ability to make people confess their grudges by just touching them once.

There is a person who is a police officer in his afterlife and is currently working as the manager in the bar. This man is also the former love interest of the owner. The series has received great love from fans worldwide. The series is specifically famous for its comic timings and heartwarming storyline. The soundtrack used in the series is also of epic level.

The drama series has received a great rating on IMDb. The reason for its rating is that it has combined the supernatural and fantasy genre with the crime thriller genre. The series features supernatural elements with the spine chilling crime thrill. The show will keep the viewers hooked to the screen. The show is gritty and also features romance. The storyline is dark and drangy at times as the leads fall in love with each other.

Black drama series is the story of a grim reaper. This grim reaper is forcefully assigned the task of tracking his fugitive partner. In the process of doing his task, he come across the truth of a number of murder cases that happened 20 years ago. The reaper meets a girl who has the ability to see deaths and ghosts. Finally, the cold reaper falls in love with women breaking all his rules.

The drama series is a bit old bit it is still worth watching. The drama series was appreciated because of the mix of comedy mystery, romance, and fantasy that it brings to the screen.

The story is about a lady lustful ghost. The lady ghost wants to lose her virginity. She thinks after losing her virginity she would be able to go to her afterlife. She decides to make out with as many men as possible. For her aim, she has to acquire the body of someone. She possesses the body of a young girl. The name of the girl is Na Bong-sun. Na Bong-sun is an assistant chef by profession. She had a secret crush on her boss. After getting possessed by the ghost Na Bong-sun becomes a confident and dynamic woman and catches the eye of her boss. The drama becomes more interesting when we find out that Choi Sung-Jae, Boss’ brother in law is related to the death of the lady ghost.

A Korean Odyssey has taken influences from a Chinese novel. The name of the novel is Journey to the West. This drama has everything that a user can think of. The drama has great action sequences and romance elements in addition to the supernatural elements.

Sun Wukong is playing the role of Son Oh-gong. Son Oh-gong is imprisoned. To get himself freedom he makes some false promises. He makes a contract to protect a woman whenever she will call him. The woman has the ability to see ghosts and spirits. Son Oh-gong ends up double crossing him. Finally, this double crossing made him pay and get into many troubles.

The show is famous for its rating and its star cast. The show stars Woo Do‑hwan and Lee Min‑ho in lead roles. This drama presents the idea of parallel universes. The story revolves around the prince of Corea. The king of Corea was killed by his brother. After killing the prince his brother flew away into another universe.

The prince decides to take revenge and goes to that universe. There he gets to meet a female detective. They both together make a team to stop his uncle’s dream of controlling both the universes.

Drama is one of the highest rated K-drama. The drama took fantasy to an altogether new level. drama series is based on an ancient land of Arth. drama is about capturing Arth and coming to power. The drama focuses on three main characters that fight with each other for this power. the drama also ties very well all the supporting characters.

Along the way of immense battles for power, the viewers also get to see everything from drama to romance. The drama also stands out for its impeccable animation and graphics.