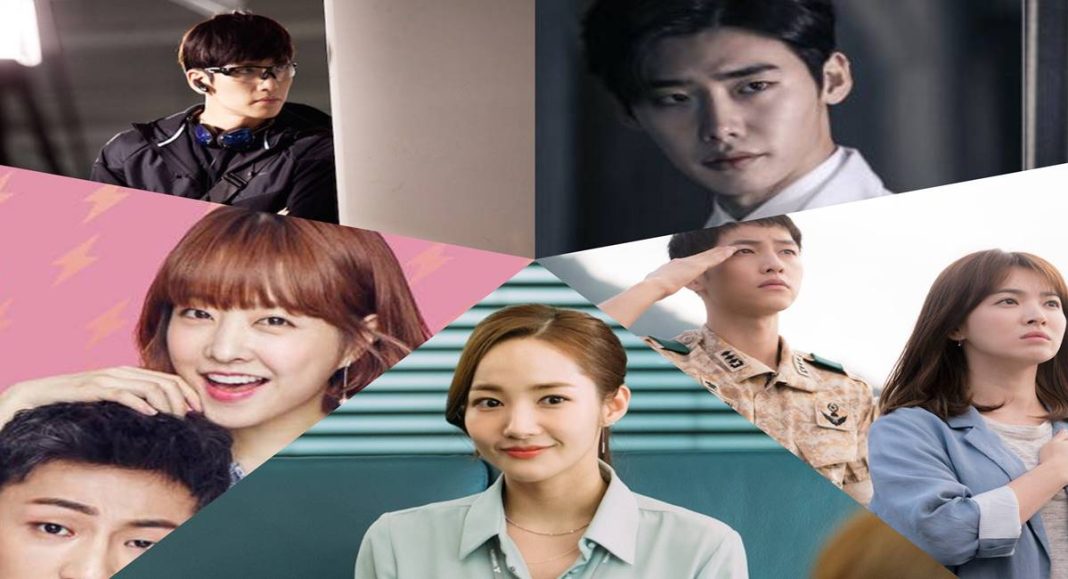 Best Upcoming K-dramas: The year 2021 was literally the year of K-dramas. We saw K-dramas in all varieties ranging from a ruthless blood-shedding game (Squid Game) to an effort of eradicating social evils (Taxi Driver) and many others. The popularity of K-dramas has increased exceptionally in the year 2021. South Korean series Squid Game became the most-watched series on Netflix. Netflix is also investing a huge amount of money into these South Korean dramas. 2022 will also see a lot of new K-dramas being added to Netflix. Below is the list of the most awaited upcoming K-dramas on Netflix:

1. All of us are dead: (Best Upcoming K-dramas)

All of us are dead is a high school story that getting trapped by a zombie virus. The high school population has to make their way out of this outbreak else the havoc will destroy everything.

Although Zombie movies might have become predictable and old-fashioned, it is still a great way to kick start the New Year. Zombie havoc can go to any extent if their appetite becomes ravenous. South Korean way of presenting Zombies also makes the drama is a must-watch.

The cast of Queen of the Scene: Gong Hyo Jin, Park Ha Sun

Queen of the scene is a comedy-drama written by Kim Mari. Kim Ma Ri has claimed that the story will be revolving around a female who gets into unexpected twists and troubles in her simple life. She desperately tries to get herself out of all these troubles and get her life back to normal. The comedy genre has always been my favorite. It is good to relax and take time out from the busy life and chill by watching a good Korean comedy-drama.

The shooting of the drama is still in progress. The release date has not been announced. We can expect the drama to be release somewhere around June 2022.

The drama revolves around a female protagonist who was left with her sister by her parents. Yoon Ah Yi tries hard to support herself and her younger sister. Yoon Ah Yi is the topper of the school. She does her part-time work, studies and also takes care of her younger sister. Despite being so hardworking she is not happy with herself. She wants to grow to the top at the earliest. She wants to have a stable job. Her life gets subtle and she wants to change that.

All of these things get change when she met a magician, Lee Eul. She tells her dream to the magician and then magically everything gets changed. This drama is a fantasy-type drama. But the drama also tells about the harshness in society. It also tells that hard work and dedication are not enough, it sometimes also require a little bit of magic. The drama would be fun to watch and will be relatable to the public. We all have dreams and want some magic to happen for that.

The shooting of the drama began in September 2021. The release date has not been announcing but it will be release around May 2022 on Netflix.

Another exciting crime thriller is ready to hit Netflix soon. The drama is one of the most awaited ones. The audience is waiting to see the star-studded crime thriller in action.

The drama is based on true events. The events of the drama took place in Suriname, South America. The story revolves around a small entrepreneur who wanted to make good money in Suriname. The entrepreneur gets trap in the world of drugs and slowly becomes the king of the world of drugs crime. The drugs operations occurring throughout the country catches the attention of NIS, National Intelligence Service.

The drama progresses and features the efforts of NIS to stop the crime from spreading in the country. it is an action thriller. The drama offers a huge star cast and great action sequences. I agree that all the action movies are predictable but the only that matters is how the direction of the story is done. The movie has huge expectations from the public. The release date of the movie would be around July 2022. The movie will be available on Netflix.

So this was the list of the most awaited K-dramas of 2022. I have tried to cover all genres to satisfy the public needs. Comment below what is your favorite K-drama on Netflix.