Home Gaming Big Gaming Industry Trends To Watch Out For 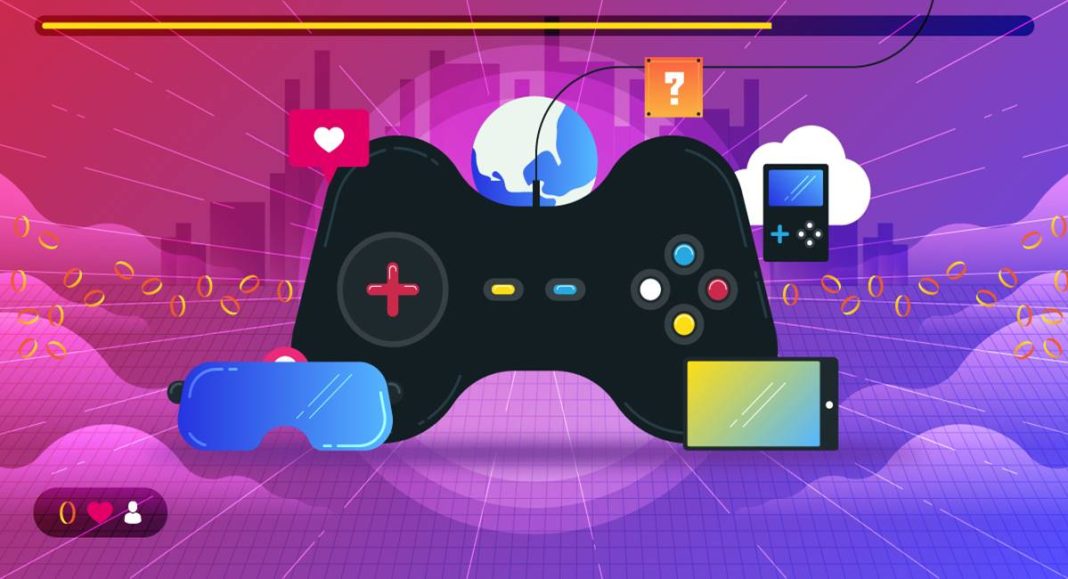 Big Gaming Industry Trends To Watch Out For: The video game industry has had a very eventful year in 2021, with independent game developers becoming more hyperactive and major studios slowing down their game releases. With new breakthroughs and developing technologies, the gaming business is ready to take off in 2022. It is not tough to imagine that the video game industry is expanding rapidly

and retaining its position as the most lucrative sectors. The industry has outperformed every standard, both technically and commercially. The main drivers of this sharp increase in 3D game development are technological trends like Extended Reality (AR, VR, and MR), people’s preference for mobile gaming, and the advent of streaming video games. Talk about the major trends in the gaming industry in this article.

When it comes to gaming, VR has become the new norm for all of us. It feels as though a brand-new universe has just begun. You can get a more realistic rush thanks to it. Using a virtual setting where you are familiar with the surroundings and even the scent of the flowers might help you understand it.

Also receiving a lot of attention are game consoles based on the AR and VR paradigms. People adore the virtual experiences that allow them to temporarily escape reality and indulge in its enjoyable aspects. They employ AR and VR technologies to give the highest quality, much like the casinos. In conclusion, your home might give you the impression that you are in a Las Vegas-style casino. Games can experiment with fresh ideas if we’re talking about the AR component. In games, for instance, you can use AR to make real-time adjustments and modifications.

We all often play Wordle, so this is nothing new. The puzzle-based gaming genre is anticipated to grow in popularity over the next few years, with a few minor to significant changes. Statista estimates that by 2025, the overall level of income will have increased by $33,217 million.

It is common knowledge that a viable market position cannot exist without mobile. This means that in the upcoming year, multiplayer mobile games will be all the rage. The main reason why multiplayer games are so well-liked is the sense of community and fulfillment that comes from competing with other players. Additionally, it’s becoming more common for gamers to advance in their games by making in-app payments. Players attentiveness in multiplayer video games in the year 2022, however, is not even a suggestion.

It is apparent that despite the anticipation, cloud gaming fell short of what was anticipated in the previous year. For instance, there were numerous bugs present when Xbox Cloud gaming first launched. There were hardly any distinctive features that could draw players to Google Stadia, and it too had its problems. The competition in this market is going to be fierce in 2022 as additional service providers enter the market, and we might see significant infrastructural improvements that enhance gaming.

Video games’ visuals are thought to be a major factor. Because first-generation home consoles like the Atari 2600 only had a small amount of CPU power, some basic graphics were once rather popular on them. Video games improved their looks and incorporated more complex features with the growth in computer technology

over the course of a not more decades that brought us to the modern era of 3D graphics. So, one of the trends to watch in 2022 will likely be complex graphics design.

Mobile games with multiplayer competitions were popular in 2020, and this was a phenomenon. Multiplayer mobile games have established themselves as a significant trend of 2021 because to eSports being a global phenomenon and the quick growth of titles like PUBG Mobile.

A sense of accomplishment over other players and social contact are two further ways that multiplayer formats keep players interested. As in-app purchases become more popular, more players are willing to spend money to continue playing games. The popularity of multiplayer video games among players does not appear to be declining in 2022.

Blockchain and NFTs in gaming

A blockchain, which is transparent to all of its users as well as anybody else, is necessity a chain of data blocks on a computer network. Both moving and changing it are not possible. This ensures that a complete record of all network activity involving the data is kept. With the help of blockchain technology, video game collectibles and cosmetic skins can be converted into non-fungible tokens (NFTs), which can then be used to buy real-world assets. It is quite easy to apply blockchain in gaming due to its liquidity and the fact that players are accustomed to tokenization.

thanks to free-to-play and play-to-earn models. Blockchain-based online games got over $1 billion in funding in January alone, according to a report from the well-known data source DappRadar, as opposed to $4 billion in investments in total in 2021.

Video game-based media of high caliber and enormous box office success seem to have flooded the market recently. The Witcher series, which features characters based on Andrej Sapowski’s books that gained international fame after the release of the games, and Netflix’s Arcane, which is based on the hugely successful game League of Legends from Riot Games, have both demonstrated how successfully games can be adapted into other media and IPs.

On set to be the biggest debut season of any TV series on Netflix, “The Witcher” fell short. 76 million households watched the fantasy series during its first four weeks of release, according to Netflix. Additionally, there are forthcoming releases in development, such the Borderlands and Last of Us series, which are based on the same-named video games.