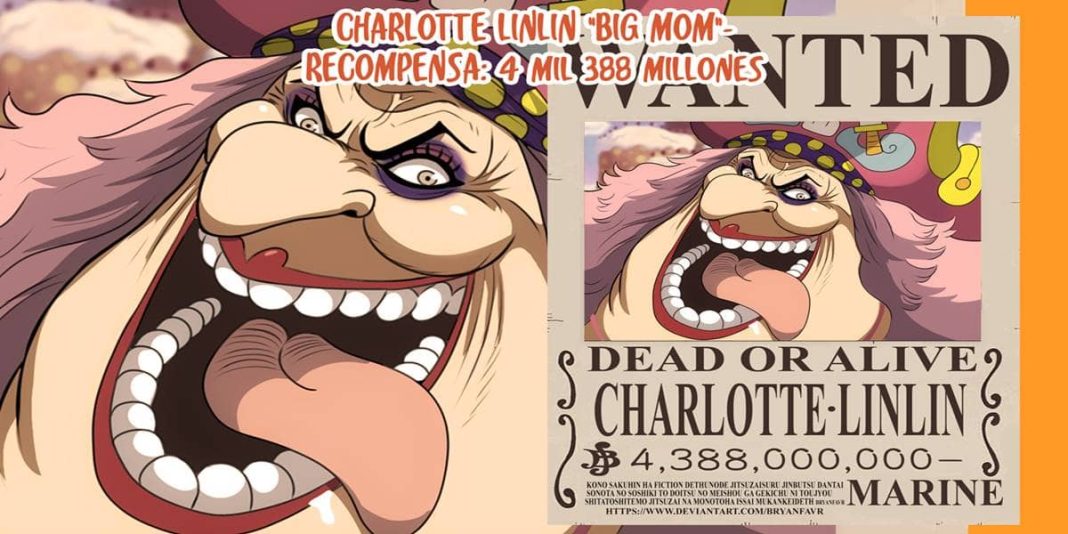 Big Mom: It is the nature of the world that the mighty always rule over the weak, and One Piece is no exception. One Piece is basically about pirates on the lookout for the ultimate wealth that Gol D. Roger has left behind. The sheer number of pirates competing for wealth is mind-boggling. Four pirates, in particular, are thought to be the closest to the One Piece among the vast variety of pirates. Shanks, Big Mom, Kaido, and Blackbeard are the Four Emperors. Big Mom is one of the most powerful characters in the story, and only a few can match her. In this blog, we’ll go over ten facts about Big Mom that you might not know.

Big Mom used to be a member of the Rocks Pirates. Other notable members of the team included Kaido, Whitebeard, Shiki, and others. She was a crew apprentice, which means she was present at the God Valley Incident. This provided her with expertise, and she went on to form her crew.

2. Resemblance with other characters

Big Mom has some resemblance to Nami, Boa Hancock, and Shirahoshi, the other females from One Piece. The only females known to have all three forms of Haki are Boa and Big Mom. Inadvertently, the two also obtained devil fruit abilities. Both Shirahoshi and Big Mom are based on characters from fairy tales. Their screams have a distinct sound. Shirahoshi’s screams can convene Sea Kings while Big Mom’s discharge of Conqueror’s Haki can blow people out. Nami and Big Mom, using the clima-tact and a combination of Zeus and Prometheus, can control the weather.

Soru Soru no Mi, a paramecia-type devil fruit, is owned by Big Mom. The devil fruit enables her to take the souls of those who are afraid of her. She can even imbue objects with her spirit and use them to create weapons. Poseidon, Prometheus, and Napoleon were her weapons. She could manipulate thunder with Poseidon and fire with Prometheus. Finally, Napoleon is a sword that allows her to slash through even the most difficult of targets.

Big Mom is one of the rare characters who can use all three forms of Haki at the same time. During the Whole Cake Island storyline, this was confirmed. Most participants at the Tea Party were knocked out by Big Mom’s blast of Conqueror’s Haki, demonstrating how terrifying she can be as an opponent. She also most likely possesses superior Armament Haki. At Whole Cake Island, Big Mom had a brief brawl with Luffy, and Luffy came out on top. He’d used up all of his energy, and Big Mom hadn’t even been scraped.

Big Mom is one of the most dreaded pirates in the world as a member of the Yonko. Her status leads the way to make her the strongest female pirate in the series. All of the other females are a notch below her. With 4,388,000,000 beris, she has the biggest bounty for a female character. Big Mom was able to fight with Kaido even though she wasn’t at full strength. Big Mom’s skin is impervious to ordinary harm. Even her children fear her since she isn’t afraid to throw them out if they don’t follow her demands.

With Charlotte Linlin, Mother Carmel thought she had hit the jackpot. She understood right away after meeting Linlin as a child that Linlin could go a long way and she was correct. As a child, she managed to defeat one of Elbaf’s heroes. Charlotte Linlin received her first bounty when she was six years old, making her the youngest person in history to have a bounty placed on their head. She received her bounty two years before Nico Robin, who received her bounty when she was eight years old.

A memorable scene occurred during the Whole Cake Island storyline. She ascended upon a tower while raging through Sweet City in Totto Land, then yelled and waved her hand in wrath. This scenario is reminiscent of the well-known King Kong moment. It only goes to show how much care Oda puts into his work, especially these small details that offer a bit more flavor to a character when noticed.

Fairy tales and other fantasy novels have a lot in common with Big Mom and her clan. Big Mom is largely influenced by Lewis Carroll’s Alice in Wonderland. She and The Queen of Hearts have a lot in common. They’re both selfish and prone to simmer outbursts. Another thing they have in common is their abnormally big size. Furthermore, they both impose dictatorship on their kingdoms. Big Mom is similar to the Mad Hatter in that they both enjoy throwing parties. Big Mom shares the mood swings and giant head with Duchess

9. Youngest to lead a Pirate

Big Mom is the youngest person to ever lead a pirate gang and this is something many people are unaware of. Big Mom took command of her gang when she was just six years old. Incredibly, a young child could command a pirate crew. Pirates are notoriously merciless, and they do not treat the weak well. Big Mom, on the other hand, was known to be a strong woman from an early age. If she joined the Marines, she could easily become a fleet admiral, according to Mother Carmel. Big Mom, on the other hand, opted to be a pirate rather than a marine, as we all know.