Home Gaming Creed Champions Releases in the month of September 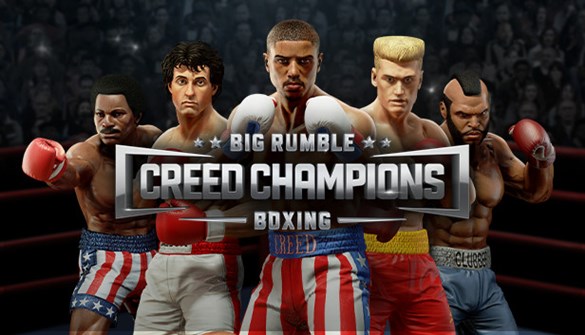 Creed Champions: The production company MGM and its developer company

Survios both has announced about the game Big Rumble Boxing: Creed

September. This arcade boxing game which is based on movies like the

like Adonis Creed and Rocky Balboa and Apollo Creed.

Also as well as Ivan and Viktor Drago and Clubber Lang and some more.

This will be going to be a local multiplayer game mode.

Big Rumble Boxing: Creed Champions is going to launch on the platforms

like PlayStation 4, Xbox One, Nintendo Switch and PC on the date of Sept.3 this year.

as “Big Rumble Boxing: Creed Champions”. This will a fighting video game

which now has its release date. And the update is that It will be going to out on the

date of September 3, 2021 for consoles like PS4, Xbox One and Nintendo Switch,

which will be have a robust boxing mechanics. The screenshots had showed us that

which will make it more like a traditional fighting game.