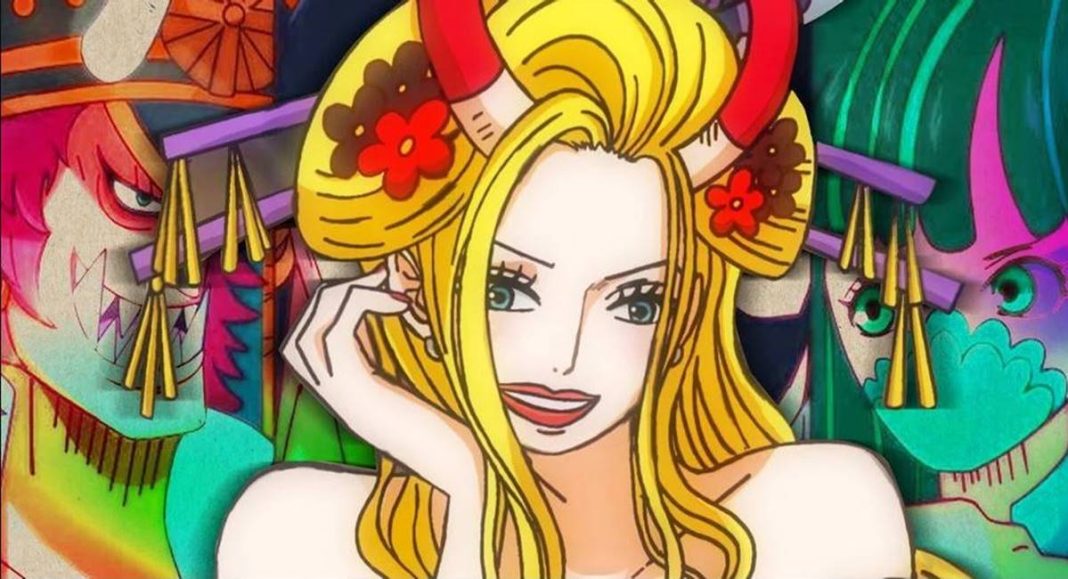 Top 10 Facts about Black Maria from One Piece 2022

Black Maria: Hello friends, I hope you are doing great. Today this blog as about one of the characters from the anime One Piece named, Black Maria. Black Maria is a member of Tobi Roppo, the six strongest Shinuchi of the Beast Pirates. She was born 29 years ago in Wano. After eating the devil fruit, she joined the Beast Pirates and eventually became a member of the Tobi Roppo. She is also one of the main antagonists in the Wano District Arc. These are reasons why she is so popular among the fans.

As her appearance suggest she is one of the beautiful characters in this anime. She is a young woman with beautiful Eye color and hair which fall down just below her shoulders which makes her look like a princess. Black Maria is slightly taller than human standards and towers over 8 meters tall in height, even more than Kaido Himself. She also has two horns on her head which make her look more devilish. She wears a black Kimono that has blue and yellow in color.

Most of the time when there is a fight going on, she prefers to take a back and let her subordinates take the charge of the fight and enjoy that. Black Maria also ignores going out for a mission and orders her lower or peers to handle the given task as a member of Tobo Roppo. She doesn’t hunt her targets on her own and tends to remain out of fights. She also loves small children.

Most of the time black maria has a personality that is not understood by anyone since she doesn’t show any emotion on her own. Most of the time she is seen as a playful personality but when a pirate she is a ruthless torturer. Even when the prisoner wants to cooperate with her, she just gives them more harsh treatment. This can be seen from the fact that when she captured Robin and gave her harsh punishment.

Black Maria is very violent against men especially. When she captures anyone she tortures them to an extent that they forget themselves and make them a slave who is obedient to her and they can’t even say a word against her. She especially hates those people who cheated on her. But also she keeps herself dressed as a courtesen to look more attractive than others.

Black maria have different relationships and behavior with every person she meets. Even then she doesn’t like anyone in Tobi Roppo she Genuinely doesn’t respect her. Black Maria Is less aggressive with the members of the Tobo Roppo and the people ranking higher than her. She always behaves flirtatiously with her captain Kaidou. She always prefers to stay by her side and takes orders directly from him.

As the Member of Tobi Roppo, she holds a higher rank than others but not greater than kaido and All-Stars. She is a member of Women Trouble and also knows what’s going on. She has the second-highest bounty on her head. Also, she is very powerful even considered to be able to challenge All-Stars for their position. Although ALL Stars considered her as a weakling she was very angry with the fact that they underestimated her. Also, she is a skilled Musician and a good singer.

When it comes to fighting her opponents she has shown that she is a master strategist. When she was given the task to trap Sanji, one of the strongest members of Straw Hat pirates, she took advantage of the chivalry and used her spider web to trap Sanji. Also against Robin, she already attached her spider webs in the corridor such that when anyone passes through it they already get attached to it. She also prepared her subordinates to carry tranquilizers so as to capture the Robin.

Black Maria ate the Devil fruit named Kumo Kumo no Mi, an ancient Zoan devil fruit that allows her to transform into a prehistoric carnivorous spider as well as into a human spider combo. Her hybrid form has a centaur-like body which makes her look more dangerous. After Turning into this form she also gains abilities like a spider, likable to walk on walls and poison on the ends of the hands. She is also able to shoot extremely Ticky Webs from her body. Her webs are inflammable but anyone gets trapped in them once they enter her territory.

Black maria uses Busoshoku and Kenbynshoku Haki. When it comes to her ability to use weapons, she has a pair of brass knuckles to form and eliminate any attack from the opponents. Oiran knuckles are her best and most commonly used attack. She launches a barrage of punches while wearing them. This move is powerful that even Sanji is Required to call Robin for help when she attacked him. So it is true that she is beautiful As well as Dangerous.

A. Also like others she is also named after a British card game of the same name. Black Maria is also the name of the Queen of the card of Spades. Also, her Devil fruit resembles her ability of the game named spider solitaire.

B. Her favorite fruit food is Mitarashi Dango.

C. Also her name also resembles the black widow a highly venomous spider whose females are known to eat their partners.

D. Also she is one of those female characters from the show who is shown to have more power than males in the shows.