Bleach ENDING! And Why did Bleach anime end so suddenly?

Bleach ENDING: After the being published 15 years in a row, the Bleach manga is supposedly coming to an end in this month. Although the creator’s have kept the mystery is going with an impending important announcements, it hasn’t stopped fans of the manga from expressing their disappointments. However with the manga allegedly ending there are talks about the revival of the anime series that abruptly ended a few years ago. 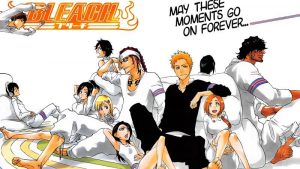 Millions of Bleach fans have spent countless hours we trying to figure out why the anime ended so suddenly at episodes 366 despite having so much material from the manga.

More importantly, the fans wonder if they will ever continue making it in the future. With the Will the Bleach anime return?

question remaining unanswere for so long, fans of the animation are now hopefully,

with the ending of the manga serie on the horizon, the creators might kick start the creation of the anime serie.

So what is the state of Soul Society then in these final chapter?

With Ywach defeated at long last, peace has been restored and the after life has been properly fixed in Bleach.

Traitorou captain Aizen Sousuke is locked up to once again the Quincy have been properly eradicated and at least the one lieutenant has received a much over due promotions as Rukia Kuchiki stepped into the big league as the final chapter of Bleach dealt with a ten-year time jump. 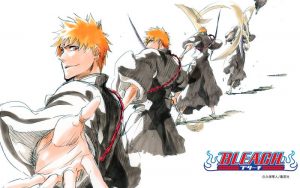 The Quincy War wasnt without casualtie however, claiming the live of captain commander Genry?

sai Shigekuni Yamamoto and the captain J? shir? Ukitake having met a permanent end during the battle.

But what on Earth, ten years later? Everyone gets a happy ending that they are all fought for.

Ichigo and Orihime are together, having sired a young child As have Rukia Ishida and Abarai Renji has become a doctor, joining the Ichigo in as a fellow medical professional While the most underrated members of the Bleach team, Sado Yasutora has gone on to become a world famou boxer With Ywachs power finally scattered and the destroy across time, Aizen himself remark how a world without death would be meaningless, as its the very a act of facing it on a day to day basis that gave humanity courage to draw from.

But more importantly, the final chapter of Bleach pass on the torch in one quick scenes, as the offspring of Rukia and Ichigo revealed that they too posses Shinigami power.

A short and sweet chapters, capping off more than a decade of Bleach.

After spending more than two year on the current arc, it’s no doubt odd to see it all finishe off so quickly, but it’s about time. Full circle and the all that,

and I can’t wait to see Tite Kubos next big project. So long Bleach. 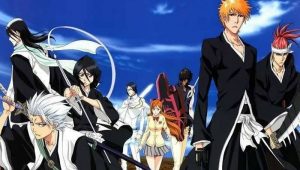 Why did Bleach anime end so suddenly? (Bleach ENDING)

The animat television serie or anime was release about three year after the publication of the manga in 2004. One of the most popular serie, it ran for 366 episode until 2012, when it was suddenly pull off air on March 27, 2012, with no announcement if or when it will be resume. With four anime film, a serie of novel, and several video game, as well as a serie of stage musical adaptation launch in 2005,

the Bleach legacy was very much kept alive while the manga progress at a very steady pace.

There are quite a few theorie’s that suggest why the Bleach anime was taken off the air many of which interestingly, hint at why it is likely it will be resume.

While some fan’s suggest the declining quality of material available for the an anime series was a responsible,

others suggest there were far too many filler episode ruining the flow of the original manga.

Fortunately, the manga series has raced the ahead with remarkable consistency for the past four year’s and has more material that the anime serie’s didn’t cover. With manga supposedly ending on August 22 the rumor mill’s have once again start churning out the possibility of the anime resuming.

The fact that the maker have promise a special announcement only add to the speculations.

The website had first announce the Bleach manga would end a few months ago.

So they live happily ever after. Man that was one of the worst ending. Even Naruto ending wasn’t that bad.

I guess most of the fan now agree that Bleach should have end with the Aizen arc seeing this are made a mess of things and leaving many of the thing unresolve. Oh well at least it end. It was good as well despite the ending.