Home ANIME Boruto and Kawaki karma All Powers and Strength 2021 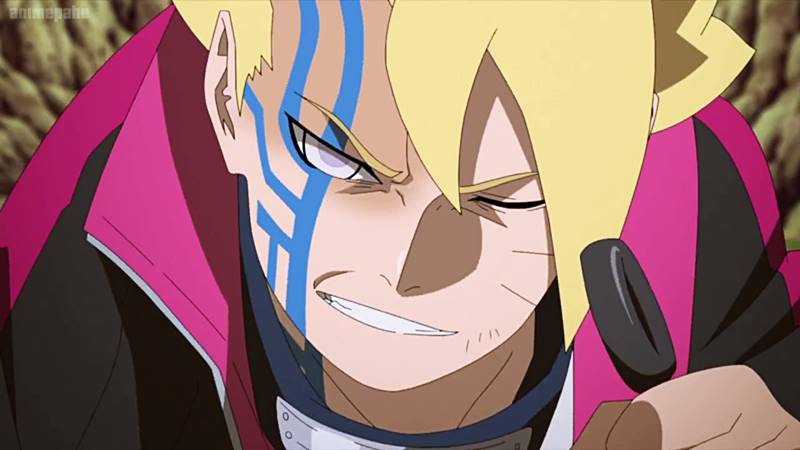 Boruto and Kawaki karma All Powers and Strength

Boruto and Kawaki: Hello. In this blog, we will talk about one of the seals or we can say techniques which are boruto karma. Karma or kama (in Japanese languages)  is a seal that is given to one another by a member of otsutsuki clan to which they respect.

Karma also gives them a backup in fights like when an otsutsuki die they can resurrect themselves by using the karma seal they put on a vessel. The seal will then make that person an otsutsuki by changing their genetic patterns. As seen in the anime when momoshiki implanted karma in order to revive himself using boruto body as a vessel.  But boruto has its own karma seal given to him by isshiki. Thus upon using a karma seal for resurrection any other karma seals put on will disappear.

The karma seal has users such as jigen, boruto, kawaki. Boruto got the mark when he helped in defeating momoshiki. As many people were fighting with momoshiki but he was the one who lend the final blow on him. He had the least power and was the youngest and that’s why momoshiki gave his power to him.

Karma appears when boruto life is in danger .kawaki seems to be able to control his karma at will. But boruto isn’t able to control it. With training, he will also be controlled his powers. Momoshiki gave his power to boruto so that he can resurrect himself in him. The power can be transferred to anyone.  Jigen was able to transplant the power from himself to his successor though he still maintains isshiki power.

The powers of karma are vast and deep. Jigen has been given great speed and can transport or teleport using Jutsu anywhere. Kawaki uses changing his arm into a sword and an energy blast. The kama when activated significantly enhances the user’s physical abilities and the power of theirs jutsus and can absorb chakra and chakra-based attacks and ninjutsu. It also can be seen as space-time ninjutsu. Opening rifts to anywhere. Through isshiki was able to transfer his kama from jigen to another. The success rate is very low.

under some circumstances, they can possess anyone’s body. Causing the marking to change shape and surrounding portion of the body to transform. The dojutsu is activated after training hard. Momoshiki otsutsuki was able to control through Uzumaki Baruto body when the boy was knocked unconscious and nearly killed by boro.  If somebody uses this for a long time in a fight it can wear down the body of the vessel. Momoshiki used it and lost his chakra..and to continue to fight to absorb naruto’s chakra until he killed boro in boruto body and collapse. Jigen was unable to control power though he can activate them anytime.

overtime the seal completely occupies the one’s body and turns them full otsutsuki members after that kama disappears and otsutsuki comes up. This trensend death is the features of kama. The ones who resurrect the otsutsuki also retain all the memories, skills, and knowledge from the vessel.  Once the seal is put in a body it cants be controlled even by an otsutsuki who placed the seal. The process completes itself onto the vessel. If the otsutsuki is alive the resurrection will not happen until it dies. Ishiki didn’t get resurrected though he had kama in him. If there is any karma already present in the body the new kama will not work and will simultaneously erase itself.

This process of kama impartation takes a huge amount of energy. When kama is applied there is no sign of any damage to the body. Boruto may not suffer any pain and effects.  The most important factor of applying kama is the selection of the vessel, the body will die in few days if the body is inadequate to handle it.   Boruto was the only one who handled the kama seal when momoshiki applied it.  Any individual who has given kama is viable to serve as a sacrifice for ten tails as they technically become otsutsuki. It remains dependent on how much of the data is extracted from the body. The kama user should be able to control the energy.

Borutu’s was left so badly weak after using it for the first time.  It also causes pain to the user’s body. The Kama can only absorb chakra-based things like earth, fire, water, lightning, and wind, and hence they are vulnerable to non chakra matter and natural flames and energy such as viruses.

1. Through pronounced “kama ” it means a Japanese tool resembles a wedge or linchpin and its full appears when embedded on the body has similar experience and functionality.

2. the Kama means a wish in Hindu literature and means desire of anything.

3. In the anime issiki had also attempted to apply the kama to adults. Acc to garo a chance of survival comes at a cost as he himself was chosen and survived but at the cost of his right arm.

4. Sarada Uchiha has said that due to their similar appearance that the strength of a hundred seals may be related to it. Boruto karma is good can be seen used in upcoming times.