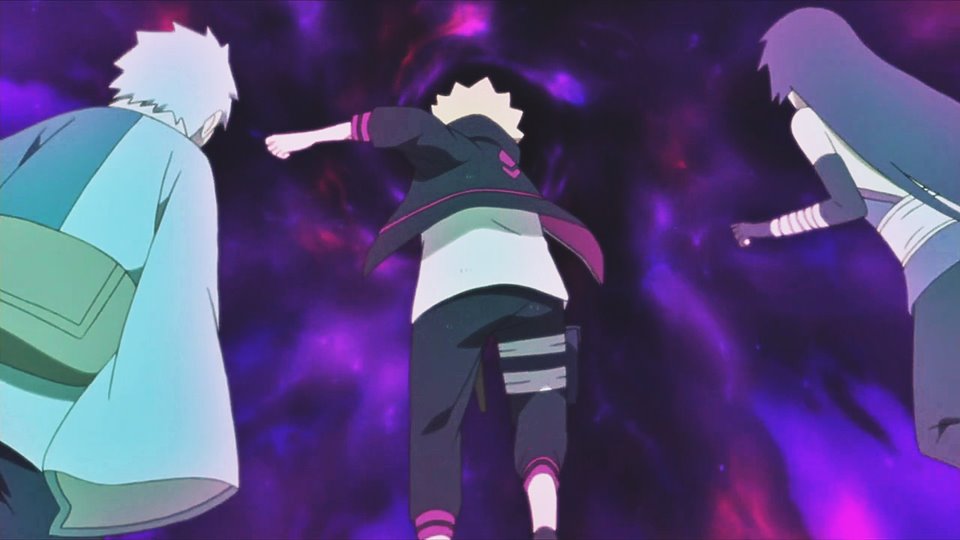 So What with Boruto’s eye. The boy possesses a specific and new dojutsu (Ocular Power) in the series of Boruto. I guess with new times, a new generation, comes with new powers And New Tricks for new characters. This is also the chance Masashi Kishimoto will get to give the protagonist a special eye power from his genes, rather than a demon inside of a new born child. Apart from the Uchiha Clan as well as other clans, the Hyuga Clan possesses another special eye that has been considered one of the most powerful, Eye the Byakugan. And above that we know is the Tenseigan which we don’t really know much about. And then here we have Boruto Uzumaki with an eye that we don’t know about except for a few things.

Still to this day with 15 episodes in we don’t have a name for this eye, however from otsutsuki Toneri’s perspective let’s call it for now, “the star of hope.” So with the star of hope, Boruto Uzumaki has showcased a few things with it already that include

• seeing the chakra network of the Nue