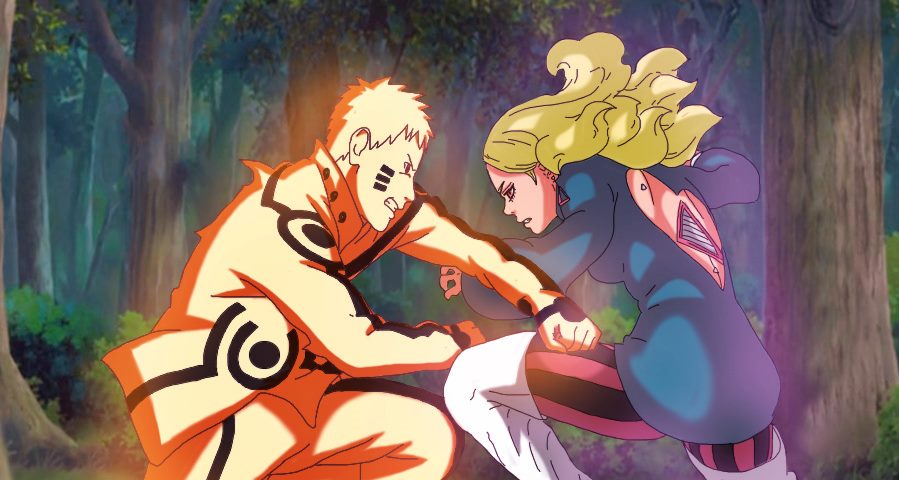 BORUTO EPISODE 197: Welcome to yet another review.

BORUTO EPISODE 197: Today, my Boruto anime review & summary turns 80. Yeah.. Just like that I’ve written 80 Boruto anime reviews without knowing it. It hasn’t been easy but thanks to the continuous compliments and encouragements from my friends & faithful followers, we’ve been able to achieve this giant stride together. I also want to use this opportunity to thank all those who reacted and commented on my last anime & manga reviews.

For the first time, they both reached 300+ & 800+ reactions respectively. Please continue to follow all of my posts as we enjoy the Boruto series and unravel all its mysteries together. You can also find some of my manga & anime reviews, as well as other series in the Guide section. Once again, Thanks so much for your support. Now, to our business of today. Episode 197 was very much intriguing and informative.

It was good to see Boruto & Hima showing some sort of understanding and pity towards Kawaki. Most especially when we consider just how difficult it is to piece together and glue a shattered clay vase. Boruto was very reasonable here and it shows both boys are becoming good brothers already.

Once again, we were shown just how obsessed Code is with Jigen. He’s just so intent on doing whatever it takes to win his approval as contrary to what he said, it hasn’t really been long since he saw Jigen. I also believe Jigen’s recuperation is all a farce meant to root out the traitor in their ranks. We can also surmise that the Kama is the means through which Jigen can reach and retrieve the vessel(Kawaki) at any time.

I think it’s now safe to call Delta a Psychopath. Such anger and blood lust very much reminded me of Hidan & Kakuzu. What a woman!! Of a truth “Hell has no fury like a woman scorned”. The drone attached to her back just goes on to remind us of just how much of a Cyborg she really is. I wonder if there’s any % of humanity in her.

The spar between Boruto & Kawaki was a good one.

One thing i picked up from this fight, as well as Kawaki’s statements is that although, Boruto has prodigious talent, he’s still somewhat like Naruto who was only ever able to master techniques through his body(i.e under pressure). Learning jutsu through practical not theory.

It’s now confirmed that the Kama grants the user healing abilities as the bruises on Boruto’s palms healed up in seconds. This healing ability also seems to be unintentional and involuntary which it’s definitely from Momo. A Kurama/Naruto kind of relationship i presume.

It was good to see Naruto display just why he’s the Hokage.

Asking Ino to tell the Police force not to get involved and choosing to handle the Incoming threat alone was peak leadership skills right there. By doing so, there’d be no unwanted attention and panic from the citizens of the village and there’d also be minimal casualties. Can’t wait for the battle next week. QUESTION FOR EVERYONE Why was there a painful reaction when Boruto & Kawaki used their Kama-hands to form the unison sign? Most importantly, why was Momo angry? Does it have anything to do with the relationship between the Otsutsukis who branded both boys with the seal? What are your theories regarding this?