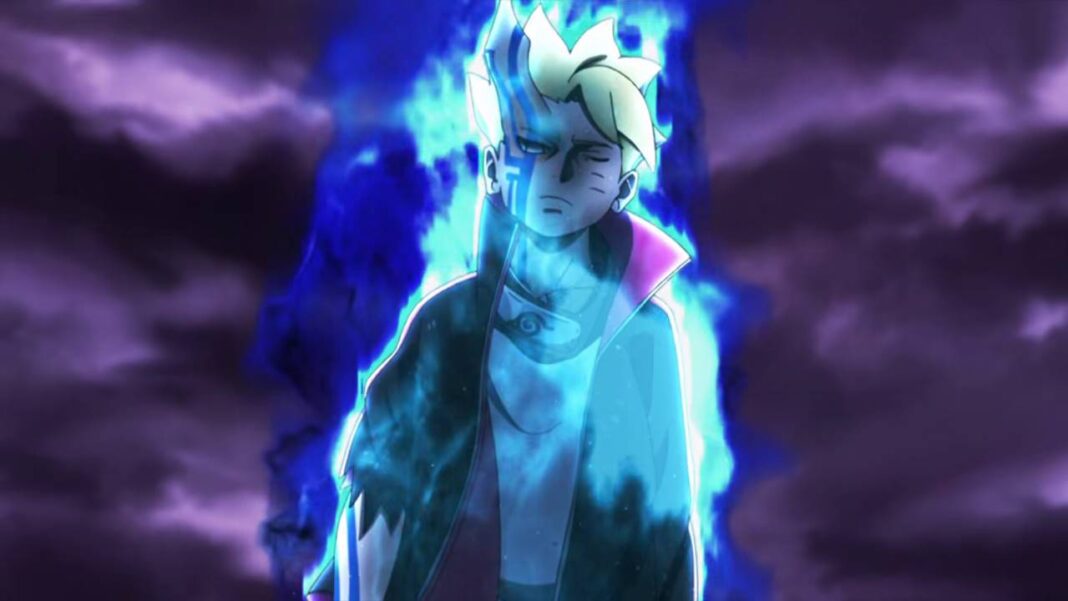 BORUTO EPISODE 207: This episode was really great. For a moment there I was

important occurrences that took place in this episode.

1️). Boro’s statement about his acquisition of abilities that ninja training can’t grant

training and Chakra cultivation. More reason for his arrogance.

2️). It was good to see Boro acknowledge Mitsuki’s resourcefulness just as I pointed

out in the last review.

3️). Boros’ clever exploitation of Team 7’s concern for Naruto to land a hit on Kawaki

explosives with his virus is far beyond me.

4️). Kawaki really impressed me in this episode. For someone who for the first time,

abilities, he synced perfectly with Boruto & Mitsuki and was able to analyze Sarada’s

5). Making Kawaki hold Sarada’s hand in this episode when it was not so in the manga

was really heartwarming for me While of course, it might hold no meaning to rival

shippers, my ship dojutsu could see right through the intent of the producers there.

My dear KawaSara Shippers!!! We need only exercise patience, for our heart desires

will soon be granted.

BORUTO EPISODE 207 For a moment there

6). A lot of people have been commenting on the absence of a UGO

(urino-genital-organ) in Boro. Well, Boro is a cyborg and it’s very understandable

that he has no UGO At least most cyborgs don’t. Though, I’m very much uncertain

if Delta & Eida have one. It wouldn’t make any sense biologically and emotionally

7). I wouldn’t link the presence of the core in Boro as a limit to Amado’s engineering

skills as Kawaki pointed out. It’s actually impossible to create a perfect cyborg

without something to regulate or boost their abilities So, it’s not that Amado’s skills

have limits, but rather, engineering itself is limited.

BORUTO EPISODE 207 For a moment there

8). I wanted to mention this in the last review but I actually wanted to see if they’d

correct it in this episode. I do not appreciate the removal of Sarada’s 3 tomoe

be learnt with the 2 tomoe as Sasuke said in episode 200, the user can’t completely

read their opponents movements with it and also, it would have been much cooler

his battle with Naruto in part 1. What do you think?

9). I’ve got to hand it to Boruto. His battle awareness is commendable. He was quick

he succeeded in not only creating a much-needed distraction but at the same time,

bought enough time for Sarada to pull off the Chidori surprise.

10). Now here’s something many missed. Sarada’s Chidori attack was super cool and

that wasn’t there in the Manga. This statement “Boruto & Mitsuki are always saving

me. I’m pathetic” is actually false as Sarada is very much different from Sakura with

regards to the role both played in their respective teams at the same age. It seems

Chidori Not only has Sarada saved her teammates on various occasions, but she’s also

literally lead them That said, the last I looked, 12yr old Sakura never did any of those

things So, it’s very wrong to portray Sarada in the same position as her mother. Using

war, but because it was of utmost necessity that she used it to save her teammates.

There’s a clear disparity there.

11). Boro made a huge mistake by believing Delta’s statement and thinking Boruto’s

what transpires in future episodes.

What are your thoughts on the points raised? Most especially points 3, 5, 7, & 9