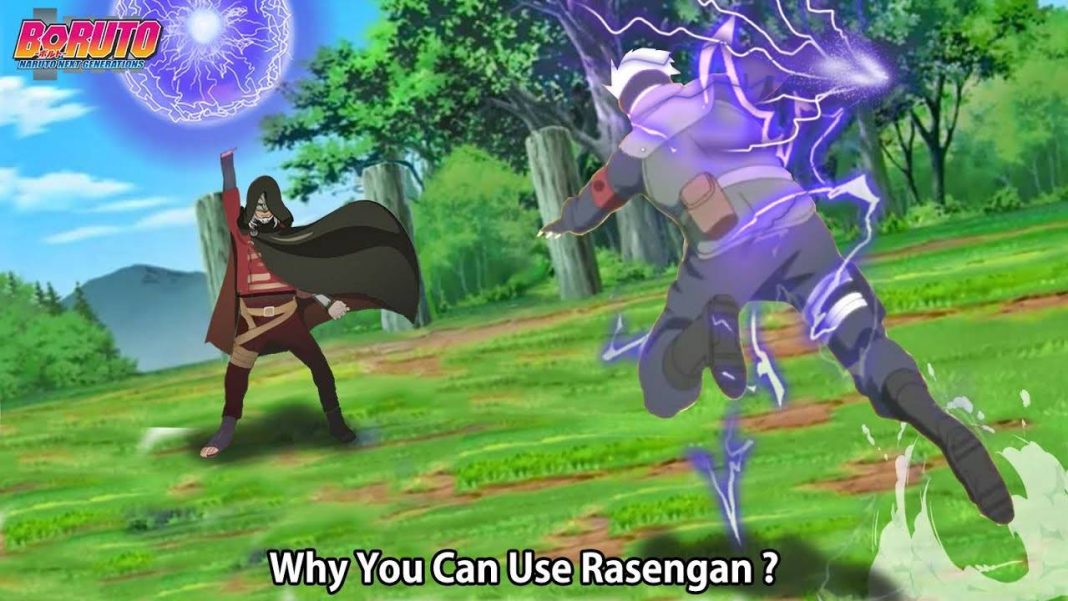 BORUTO EPISODE 211 REVIEW: This was an episode I’ve long anticipated. An episode, completely dedicated to other ninjas of the new generation aside from team 7 who’s been stealing the show for quite some time now. And so, I rate it a perfect 10 Get your magnifying glasses and microscopes as we review this episode together. There’s much to discuss.

1️. Technology in the new ninja era is really becoming something to behold. The first thing that struck me from the first scene was the use of a scroll-like flash drive by KK to copy data files from the computer. Now, this was simply SUBARASHI, to be honest!! This is quite similar to Katasuke’s Ninja Gauntlet which allows just anyone to use a wide variety of techniques sealed inside a tiny scroll. Bright inventors like Tobirama & Minato would go wild if they were ever resurrect in this era as this is the peak application of their sealing techniques.

2️(A). It’d make perfect sense for the Kaminarimon company to be responsible for the digitization of archived village data dating back from after the 4th ninja war They are indeed the top tech company in the Ninja world after all.

B. I’d somewhat like to agree with Iwabee’s rather outdated opinion here. Data info stored in the paper still has its advantages. While of course, it is certainly true that the digitization of data is very good and that data stored in the paper can also be stolen as Denki pointed out, it’s much more easier to steal digitized data compare to data stored on paper.

This is simply because finding & copying digitized data from a computer is less time/energy consumption when compared to the time & energy one would expend going through an entire library full of scrolls looking for particular info. In the end, digitization of data exists to make info easy to access & find which means KK would most likely have given up and even worse, get caught if he had to go through a library full of scrolls to find the info he so desperately desire. What do think you?

3️. I very much understand why Shikadai would classify the perp as a spy. I mean this was the only possible deduction as the sensory division couldn’t sense KK’s entry into the village.

4️. As revealed in the early episodes of the series, Chocho is the heart of Team 10 just as Shikadai is the brains. Her positivity & optimism brightens up dull moments and her accurate intuition is a huge boost to her team and a great complement to Shikamaru’s and Inojin’s abilities. It’s no easy feat trailing someone/someplace with intuition alone. Quite an amazing ability I’d say.

Many Kudos to the animators and producers of this episode.

5️. Many Kudos to the animators and producers of this episode. They did a splendid job. I like how they are giving show time to characters that are otherwise invisible in the Manga. Kakashi is a typical example. His mission with team 10 reminded all of us of just how much of a genius and teacher he was and still is. “A shinobi must see the hidden meanings within the hidden meanings” is one of the fundamental ninja rules which was first mentioned by Kakashi himself back in Naruto part 1 after the old team 7 passed his test. See Naruto manga chapter 8 and anime episode 5 for reference…

6️. Once again, Inojin’s possession and application of the abilities he inherits from his parents was brought to the fore and it was very wonderful to see. However, I find this statement rather very strange. “If he gets lost in the crowd, I won’t be able to follow his Chakra at my skill level”.

Why is that? Or was it not the same Inojin who amongst a crowd of people, was able to sense a slight disturbance in the copied chakra signature of Mokume thereby exposing Hyoi in the process in episode 177? Was it not the same Inojin who was said to possess more sensory talent than Ino in that same episode? How then is he not able to follow and since KK’s chakra amongst a crowd of people. It’s not like KK was masking his Chakra signature there. Even Kakashi praised his ability to sense his presence. What do you think?

7️. The Jonin with glasses who was taken out by KK on the roof seems to be the same guy who was battered alongside Konohamaru at Naruto’s residence by Jigen. Such a poor twist of fortunes for a guy who was just discharge from the hospital only recently.

8️. Kakashi’s brief scuffle with KK was an interesting part of this episode. He bested KK’s clone in Taijutsu but could have definitely lost had it been a prolonged serious battle. KK’s sage mode definitely makes him more powerful than Kakashi.

9️. I like the lesson Team 10 was able to learn from this mission. I also truly admire Shikadai’s intelligence in nearly figuring out who KK was, as well as his gratitude to Kakashi for teaching him and his team that important ninja rule. He’s truly a great leader in the making. Kakashi’s praises for the new generation of ninjas are very well placing.

Finally, Amado is exposing as the Kara traitor in the anime. It was a long time coming though as he was the only one with more than enough info and brains to facilitate such a rebellion. Can’t wait for the next episode.

QUESTION FOR EVERYONE (BORUTO EPISODE 211 REVIEW)

2. This is specifically for manga readers. We know that the data KK was after was obviously info on Jiraiya. Now, having especially analyzed the statements he made after escaping from Kakashi, can we not outrightly say that KK has Jiraiya’s memories? For why would a clone feel sentimental towards a place or thing if there isn’t something still attaching him to that place. That something might just be a memory. What are your thoughts?

If I even have missed any great point about this topic Kindly comment below so as that everyone can share. We’ll be happy to inform us about them within the comments.