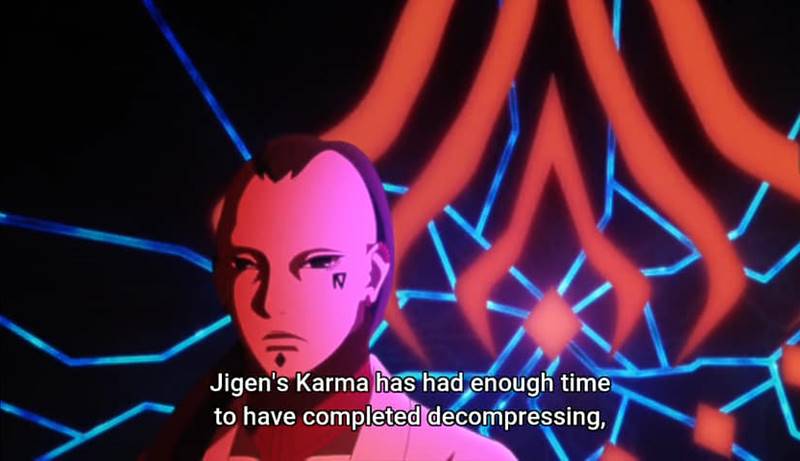 BORUTO EPISODE 214: This episode was great. Lots of manga info were clarified and some other info which I’ve long sort after were given as well. I rate this episode a perfect 10. Let’s get straight to our review.

1️. Interestingly, the very first thing to point out here is the mention of a place called “Mt Kaen”. Now, I initially thought the Boiler Toad and other toads used by KK were actually inhabitants of Mt Myoboku or genetically cloned copies of the toads of Mt Myoboku just like how KK is to Jiraiya. But then, neither Konohamaru nor Naruto could sense any resemblance or peculiarities between KK’s Toad summonings and the Toads of Mt Myoboku. Also, manga chapters 46 & 47 were very vague in their description of the origins of the Flames. The phrase “Flaming mountains” was particularly use by both KK & Amado in those chapters without any pointers to where exactly the mountains in question actually reside.

And so, the obvious conclusion I could make was that KK’s summonings were of a different Toad species to that of the inhabitants of Mt Myoboku. And I’m glad this episode made the necessary clarifications.

(BORUTO EPISODE 214) While of course, they share similarities, Some key differences to support my point here are:-

A. Unlike the toads of Mt Myoboku, the Toads of Mt Kaen seem to be solely fire-Oriente or rather purely fire-nature. Even a Sage mode activated KK could unleash powerful combustion of flames from his fists via punches. KK’s biggest Toad summoning, the Boiler Toad is able to release great amounts of steam from what seems to be an overly enlarge parotid gland while the smaller toads are able to release an incredible amount of fire powerful enough to burn Konohamaru and stun Jigen.

B. KK’s sage mode is also very much different from Jiraiya’s. Most especially the facial and ocular features. So I believe it’s safe to surmise that KK trained and mastered Sage mode at Mt Kaen and that his sage mode isn’t a cheap copy of Jiraiya’s version. It’d be interesting to know more about Mt Kaen and its inhabitants as the series progresses.

2️. Amado isn’t just a genius engineer but a genius tactician and strategist. The tiniest of details were carefully taken in consideration in cooking up the rebellion against Jigen. He knew fully well that even with his trusty SH, Jigen will be too weaken to shrink the eternally burning Flames of Mt Kaen. Jigen’s battle with Naruto & Sasuke was all orchestrated by Amado who knew fully well that Jigen would exhaust himself against them, thereby giving KK the opportunity to get rid of him. This is a typical chess strategy used to corner the king by making your opponent exhaust the usefulness of the pawns, knights, Bishop, and queen. Quite a fearsome intellect I’d say.

Sasuke will ever stop calling Naruto a “loser”?

3️. It doesn’t look like Sasuke will ever stop calling Naruto a “loser” for his rather shallow intellectual capabilities. Well, it’s now become purely a friendship thing between the two which is always good to see. It was also good to see Sasuke’s intelligence on display once again. And he rightly earned the praises of Amado for it.

4️. The ability of an Otsutsuki to resurrect in a corpse via the Kama shows just how potent and full of vitality their chakra really is. Kaguya’s genes, though have become diluted over many centuries, still remain very much potent today via the Uchiha, Uzumaki, and Hyuga clan members.

5️. Kawaki’s attack on Amado was very much understandable. Amado’s explanations were becoming really confusing and misleading, making Kawaki think it was all Amado’s plan to deliver him to Isshiki on a silver platter. Its good thing Sasuke was on hand to stop him.

6️. Naruto’s bond with Jiraiya was and still is very strong. So strong that he was very concerned for KK safety and well-being. And also Strong enough to make Amado uneasy about why he’s so attache to KK.

7️. The six path-like tomoes on Isshiki’s body is proof that all Otsutsukis possess both the Six path Senjutsu and six path Chakra. Though the Otsutsuki does not call it by that name since the name ‘Six path‘ originated from Hagoromo.

8️. KK did put up a really good fight against a powerhouse like Isshiki. His perfect sage mode was powerful enough to stop the Otsutsuki in his tracks and even withstand a powerful punch. Also, In his battle against both Jigen and Isshiki, he used 6 techniques peculiar to Jiraiya. They are:- The Toad summonings, Fire style: Giant Flame Bombs, Toad Oil Bombs, Massive Rasengan, Art of the Raging Lion’s mane, and of course, Sage mode.

9️. I’ve got to say, in terms of sheer muscular presence, Isshiki is the most well-built Otsutsuki we’ve seen in the entire series. He had a total of 10 pecs.

QUESTIONS FOR EVERYONE (BORUTO EPISODE 214)

1. Taking Amado’s explanations of the workings of Isshiki’s Sukuna-Hikona into account, can the SH shrink Kaguya’s Ash killing bones in a battle between the two? Can we say that a bone is still a living thing once it’s left the body and so can’t be shrunk?

2. We all saw BoruShiki manifest Momoshiki’s Byakugan. With that in mind, why did Jigen not manifest both Isshiki’s dojutsus most especially.

when we consider that Isshiki was already in total control of his body and mind?

3. What are the chances that Kaguya, Urashiki, and even Kinshiki prepared vessels of their own and could make a return at any moment?