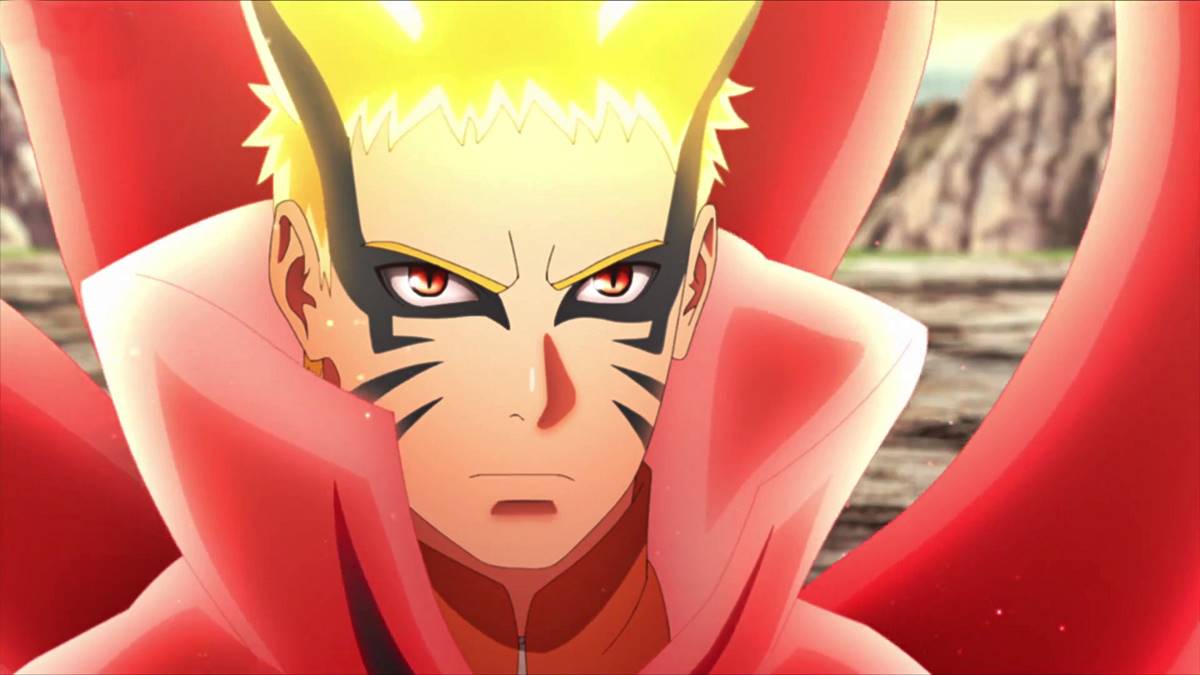 BORUTO EPISODE 216: Welcome to yet another episode review. Well, it’s been ages since I had this many mixed emotions while watching one episode. I was flooded with emotions of happiness, sadness, satisfaction, disappointment, and excitement all while watching this episode. This episode was very much elucidatory in its entirety. You could say it was a culmination of what the Boruto series has become. A painful reminder that Shippuden has long ended and this is a new reality. I rate this episode a perfect 10. Let’s quickly remind ourselves of what actually happened in episode 216.

1️.) It was quite interesting to see just how quickly Isshiki was able to tell that Boruto’s Otsutsukification has progressed significantly. Deducing it was about 70-80% complete. This is probably due to the fact that Boruto used Momoshiki’s space-time ninjutsu which is most likely a determinant that the extraction process is nearing completion. I theorize that the more Otsutsuki abilities and capabilities a vessel possess, the more the Otsutsukification process nears completion.

2️.) Kawaki fainted from the pains and trauma he sustained from losing the Karma so he was completely unaware that the Karma had dissipated and vanished completely. It good thing Amado and the others was there to inform him accordingly as he unconsciously tried to go to Naruto’s aid via his Kama.

3️) A. I’ve got to say.. This episode added salt and pepper to what we saw in manga chapters 50 & 51 respectively. It made Isshiki’s complete brutalization of Naruto & Sasuke even more vivid & graphic.. Sasuke most especially got the lion’s share of the beatings. This was by far a greater battering job than what Jigen inflicted on them in episode 204.

Naruto & Sasuke have been nerfed.

Since the release of this episode, I’ve seen many fans say this was sole because both Naruto & Sasuke have been nerfed. Of course, I do agree with this assertion any day, anytime. Maybe they would have done better defensively and offensively had they been in possession of their full abilities(TSBs & flight for Naruto and the complete 6 path abilities of the Rinnegan for Sasuke). However, we need to accept for a fact that Isshiki was just too strong & fast for them. He outclassed them in every department. Naruto & Sasuke were completely out-muscled, out sped, and out-witted by Isshiki, A man whose Chakra is so strong that Jigen’s body can’t handle its full power and will expire a few days.

B.) The smackdown we saw here was a painful reality of what Naruto & Sasuke have become in Boruto. A painful reality that Isshiki is unlike any other Otsutsuki they have ever faced in the past. An enemy is far more powerful than what their current abilities could ever hope to handle. And so, it was satisfying and soothing to see the Fandom given a rude awakening.

4️.) Let me get this straight. The God tree is the matured plant, the 10 Tails is the seedling and the Otsutsuki are the manure and fertilizer for its growth. Ok. So the Otsutsuki are farmers of super mega evil intelligence out to cultivate and drain the galaxy of life. The sacrificial Otsutsuki is also able to conveniently prepare a vessel for themselves beforehand so they don’t really cease to exist.. This makes me wonder why Kaguya had to betray Isshiki when she could simply have prepared a vessel of her own long before the sacrifice was performed?

Compression Rasengan to hold off Isshiki’s

5️.) I’ve got to hand it to Boruto.. The ability of his Compression Rasengan to hold off Isshiki’s giant Cube construct for about 10secs was a very commendable feat indeed. I’m positive the Super compression version could have repelled it for sure.

6️.) Even though Naruto & Sasuke were beaten to a pulp, they still remained alive. For Naruto, he remained alive after the giant cube fell on him. Sasuke on the other hand was still able to move despite being used as a football & skateboard and also having had his Chakra points pierced by Isshiki’s rods. That’s some top-notch pain endurance and tolerance levels from the two most powerful ninjas in the world.

7️.) I always knew Boruto’s threats of killing himself will do little to deter Isshiki. Of course, it was expect that a man as cruel as Isshiki wouldn’t have any qualms with breaking Boruto’s arm and crushing his back. Let’s not forget how he abused Kawaki for years through Jigen.

8️.) The idea of using a vessel as a sacrifice to the Ten tails is an interesting one. It’d seem that once a vessel has neare complete Otsutsukification, they become suitable enough to be used as a sacrifice. This also means that lower-ranked Otsutsuki does not necessarily need to sacrifice themselves if they already have a near Otsutsukified vessel they can use. Amado’s explanations of the different varieties of the Chakra fruit explain why Isshiki and Momoshiki are so fixate on Kawaki and Boruto respectively. And also why all the Otsutsuki we have seen so far in the series have gone to desperate lengths to plant and harvest a Chakra fruit on earth.

9️.) As I said in the Manga review of chapter 51 a year ago, it is very much understandable that Kawaki will feel dejected, powerless & irritable after losing the Kama. I mean, the Kama was a part of him for many years and it became a tool for his survival. A crutch he couldn’t do without. So Amado’s assertions were spot on.

10.) The anime’s intro and representation of Naruto’s Baryon mode was spectacular, even more so than the manga. I’ve seen some people saying that the fan art representation is better. This is far from the truth as certain details must be taken into consideration before deciding which is better.

First of all, unlike the orange & yellow representation of the fan art version of the Baryon mode, the manga and anime representations depict a red Chakra cloak. Yellow and orange have always been a representation of Naruto’s chakra when using his various Chakra modes while Red has always been the color of Kurama’s Chakra. Red is also the color of a star that shines as a result of the nuclear fusion which occurs in it. I’ll also like to point out very quickly that the Chakra cloak which enveloped Boruto wasn’t for healing purposes but was for protection instead.

QUESTIONS FOR EVERYONE (BORUTO EPISODE 216)

1. According to Amado, Isshiki’s original powers are so great that if he’s allow to reincarnate in a perfect vessel, it’d spell the end of the world as we know it.

2. Now here’s the question. If the current Isshiki in possession of Jigen’s body isn’t even close to his full strength but could still batter and brutalize both adult Naruto & Sasuke, can we not therefore conclusively summise that he’d be stronger than even God tree Kaguya whose feats of physical strength and Taijutsu paled in comparison to what we have seen so far from both Jigen & Isshiki?

Thanks so much for your answers and contributions in advance. My review for manga chapter 62 will be release sometime tomorrow.