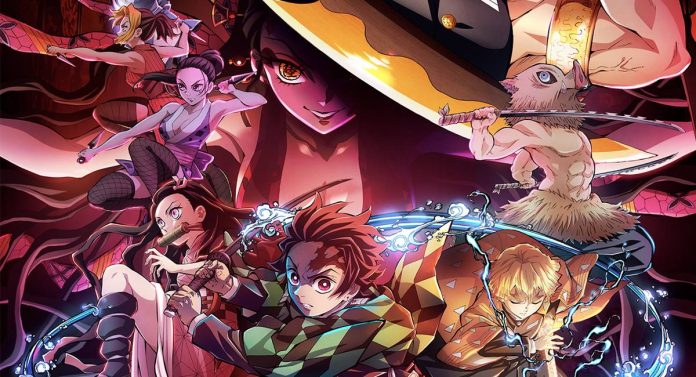 Bravest characters: Demon slayer is an anime that is airing its second season currently. The anime shows fights between demons and demon slayers. There are some characters in the anime who are liked by everyone, not due to their powers or appearance but the courage they show in the fight against the demons. Our main protagonist Tanjiro Kamado is a perfect example of it. Characters in the Demon Slayer succeed in connecting with the audience at an emotional level which makes it more watchable. But the courage can be found in both Demons and Demon slayers. Here is the list of the characters who show great courage when the situations are against them.

The Sound Hashira, Tengen Uzui is the perfect example of the courage which is shown in the ongoing season. His personality is cheerful which makes him more likable, and he greets everyone with a smile. He asks Tanjiro, Inosuke, and Zenitsu to call him god and worship as he walks. He is always ready to fight demons and keeps his head up when there is a chance of fulfilling his duties as a Hashira. Being a shinobi, he is a great fighter who always backs his words with his actions and work.

Giyu is a character who doesn’t show any emotions. In the anime, most of the characters are loud mouth, but he differs from them. He only does talking through his actions. He doesn’t care who is there, if he wants to save anybody he just jumps in to save them. Sometimes he rebels against his own fellows, which can be seen when he was the first one who saved Nezuko from Demon slayers corps.

The loud mouth boar is always ready to fight with anyone be his friends or foes. He thinks that he is the strongest fighter in the whole world. Inosuke Hashibira challenges anyone without any doubt for fighting. He forgets the name of fellow members but he doesn’t forget his targets. He wants to be admired by those who he thinks are stronger than him. Inosuke Hashibira is able to turn his weaknesses into his strength through his willpower alone. He is shown as a comical person sometimes who makes him more fun to watch.

Nezuko is a beautiful girl who is also shown to have great potential. After turning into a demon, her strength and everything has increased which is great but sometimes she loses her mind and starts attacking humans for blood. Her emotional range has decreased which has to be countered by Tanjiro only he can make her calm when she is outraged. But Nezuko continuous to fight for his loved ones.

You all probably be wondering why he is on the list but truth is that he is the character who is the most loved one in the show. Being shown as a coward person when he is awake, he becomes incredibly strong when he sleeps when he unleashes his true powers in front of others. This split personality helps him to encounter the demons which most of people fear.

The main protagonist of the show who is shown to have full courage and power is something that makes everyone falls in love with him. His spirit in battle is unshackling which means that he is not feared of death. He has fought numerous opponents stronger than him and he is able to give them a good fight even defeating some of them in combat. His aim is to fight the demon who killed his family and bring his sister back to normal. His attitude impresses and inspires people around him which is why he is among the top people in this anime who are known to have brave personalities. He will be able to win the final battle not because of his strength but due to his unshakable personality and will to kill him.

Being shown as a man who is carefree and always eating, Rengoku in his final time has shown that true power comes from courage you have not from your strength or the weapon you are wielding. He is a master in combat and also a strategic genius. His father abandoned him when his mother died which led him to doubt himself. He is also responsible for his younger brother, he handled all the responsibilities with a smile and never go down, which showed that nothing can bring his spirits down.

Another less known character in the series which shows great courage against Demon King Muzan. She spent most of her lifetime in solving the problem of Muzan, but she failed in doing that. Tamayo doesn’t lose her hope in the process and escapes from Muzan, and helps in finding another way after she sees Yorichi and helps Tanjiro in finding control over Nezuko. She uses her powers to heal someone rather than harm someone but she knows that eventually when Muzan will find her, Tamayo will be killed by him. That she why she keeps changing the places.

The female Hashira is one of the powerful members of the Demon Slayer corps. She is an insect Hashira who uses her bite as sharp to kill his opponents. Shinobu Kocho is very kind and loving and treats everyone with affection whether human or demons. She was once under the protection of her elder sister but when she dies Shinobu helps her fellow members in recovering from any medicinal effects and helps them to recover fast as she is the medicinal head of the Demon slayer corps.

So here were some of the bravest characters in the Demon slayer anime which showcased that you can win any battle in life if you right mindset and courage. Hope you liked the article.