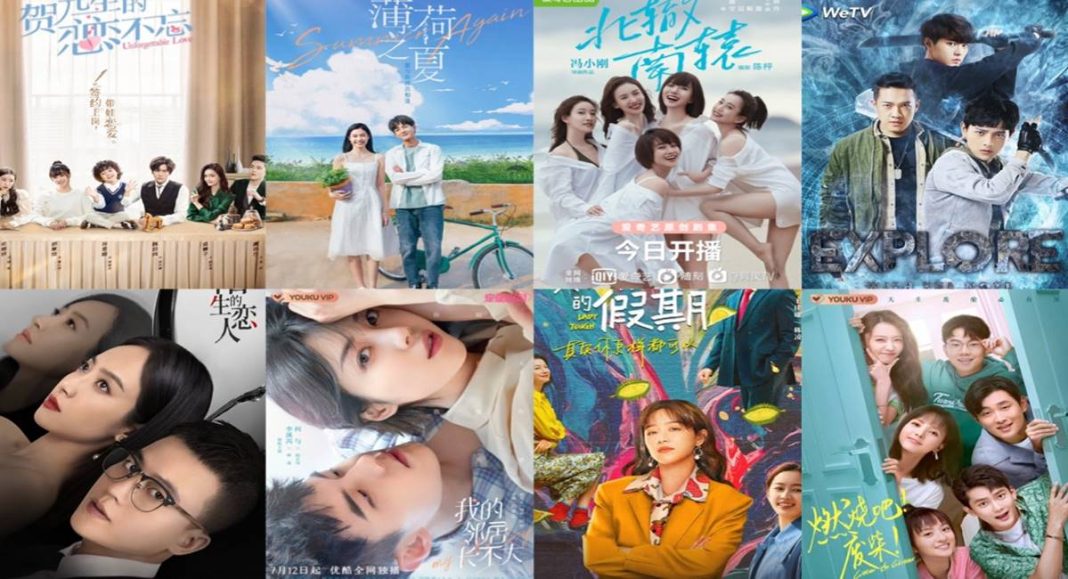 C Drama Best: In the television entertainment sector, Chinese dramas have had a tremendous effect. Historical fiction, period rom-coms, politics, and family drama, among other genres, are all available in Chinese drama. Several of these shows mix genres to create a complex and fascinating story.

Chinese dramas are enthralling and do not take up a lot of time. They offer a wealth of knowledge about the language. China creates the most C-drama/TV dramas of any country. If you’re considering for something entertaining to watch and are intrigued by Chinese drama then you have come to the right place. We’ve compiled a list of the top c dramas for you to watch.

Ashes of Love is a romantic drama considered one of the best. Jin mi is the central character in the story. She is the daughter of the Flower Goddess. The mother passes away shortly after giving birth to her newborn daughter. It is based on the novel Heavy Sweetness, Ash-like Frost by Dian Xian. Jin mi is played by Yang Zi. Jin mi is drawn to Xufeng, the Heavenly Emperor’s son, played by Deng Lun. Even though they share a destiny, the powers of nature conspire to keep them apart. Watch the movie to find out if the characters in Ashes of Love receive their happy ending. Love ashes is a dramatic love story that will have you completely engrossed.

The Love Equations is a charming romantic comedy series. It follows Zhou Xiao, a university student obsessed with detective fiction. She spends her free time reading, so it’s no surprise that she develops affections for a forensic science student at her institution. Zhao Fanzhou, on the other hand, is not someone who falls in love quickly. He is aloof from these feelings, but Zhou Xiao makes things better. They fall in love and become a sweet pair. But, as the saying goes, nothing lasts indefinitely. Is their love story over, or is there still more to come? Watch the series to learn how they manage their careers, objectives, and love lives.

Accidentally in Love, another of the many rom-com Chinese dramas is a sweet but entertaining viewing. It’s a musical rom-com based on the concept of hate being turned into love. The story takes place in the Shanxi province of Yuncheng. Chen Qing Qing, the female heroine, narrowly avoids an undesirable arranged marriage and flees from her strong and affluent grandmother. She hides her true identity under numerous masks. The male character, Situ Feng, is a top-tier musical star who has a strained relationship with his father. In Accidentally in Love, find out how their fates are intertwined and how fate plays out for them.

The premise of Word of Honor is based on Priest’s Faraway Wanderers, a historical adventure drama. The assassin group ‘The Window of Heaven’ is led by Zhou Zishu, who has stepped down from his post to pursue freedom. He performs an unavoidable departure technique and does not have much time left. When he meets Wen Kexing, the commander of Ghost Valley, he enters the martial arts realm. They play a key part in bringing each other back to life. Their fates are intertwined, and they try to realize their Jiangsu goals. Word of Honor is a well-received adventure drama. You can catch up on it to discover a fascinating story of friendship caught in a web of deception.

The historical political series Nirvana in Fire is another excellent addition to the Wuxia Chinese plays. Lang Ya Bang by Hai Yan is the inspiration for this film. The series follows Lin Shu, a man who has assumed a new identity to exact retribution on those who wronged his family. As Mei Changsu, he enters the Liang capital. The drama series captures the battle between two warring capitals, and it is a critical and financial success. If you enjoy historical political fiction, don’t miss this series.

The Story of Minglan, another notable addition to the historical Chinese dramas list, tells the story of Sheng Minglan of the Northern Song dynasty. She is the 6th daughter of an official, and Zhao Liying plays her. She is bright and brilliant, and she is continuously fighting fate to fulfill her destiny. Her legal, as well as half-sisters, do not treat her nicely. Minglan vows to keep her abilities hidden from others to avenge her birth mother’s death. The series follows her from childhood to maturity, as she grows stronger and more determined to fight back against the abuse.

One and Only is a Chinese period rom-com drama based on Mo Bao Fei Bao’s novel. It depicts Zhou Sheng Chen and Cui Shi Yi’s love tale in a historical context. Their love story becomes embroiled in various difficulties, making it tough for them to fulfill their love. As Prince of Nan Chen, Sheng Chen is the ruler of West State. However, as a General, he primarily fights on the frontier. He vows never to marry to avoid appearing as a danger to the kingdom. Shi Yi is Cui Guang’s niece and a member of the Cui clan. Will they be able to come simultaneously when fate puts them in one other’s path? Will the socio-political power struggle provide them with challenges that will drive them apart if such is the case?

Sean Xiao plays the male lead in The Untamed, a well-rated television drama where he plays Wei Wu Xian. He practices demonic and evil techniques, which has allowed him to resurrect 16 years after death. Wei Wu Xian reunites with his best friend, Lan Wanji. As the story progresses, they collaborate to unearth the terrible mysteries of the past that led to his death, as well as the strange deaths of others. The series is based on the Xianxia genre and adapts the novel Mo Dao Zu Shi by Mo Xiang Tong Xiu. The two gifted followers work together to solve a series of puzzles, which is highly captivating. As the two soulmate growers embark on the mission of unraveling many difficult riddles, keep an eye on them.

The Nine Tails Legend Fox is a historical romance novelist that works in historical fiction. Following the theft of the Mei fruit, a miraculous fruit with remarkable abilities, the fox clan, which has been guarding it for generations, is thrown into a frenzy. The fox family embarks on a trip to restore the fruit that has entangled their lives with the lives of people. They are in conflict with different bad forces to bring Mei fruit home. Do the Earth and Heaven appear to be working together to keep the fox spirit clan from finding the Mei fruit? Will they be successful in completing their mission?

Unrequited Love is a Chinese teenage romantic drama that tells the narrative of Sheng Huainan and Luo Zhi’s love story. Their relationship has lasted more than 15 years. They used to be great friends from the beginning, but they start to drift away as they get older. But it was fate that brought them cooperatively. They begin their studies at the same university. Their bond is revived while on a vacation in Red Canyon Valley. Luo Zhi still wants to see her old buddy, but a series of miscommunications have made it difficult for them to reconnect. Will they redevelop their friendship or will they continue to drift apart? To learn out, watch Unrequited Love.