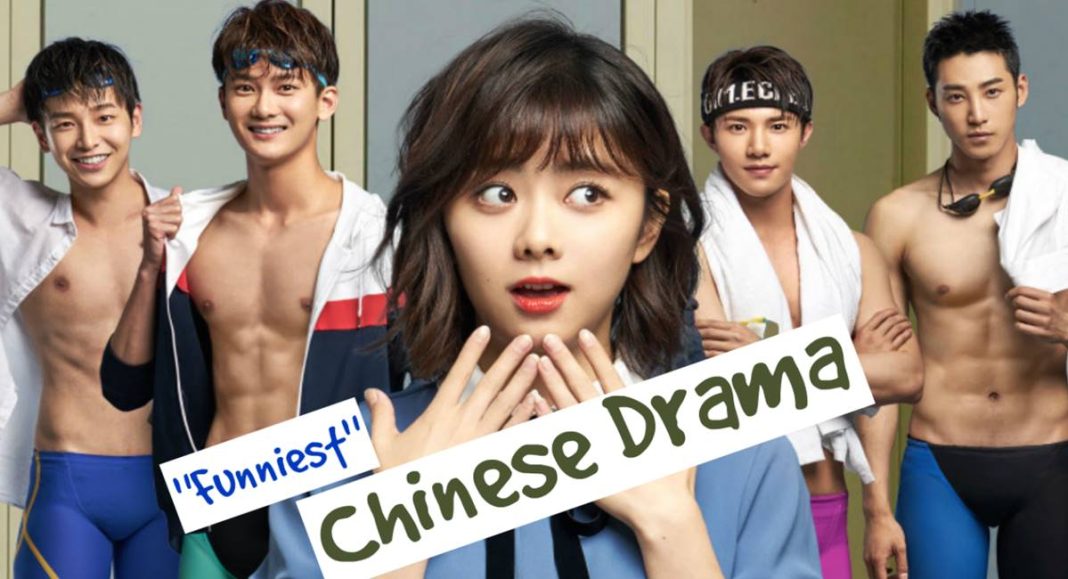 C Drama Comedy: Everyone likes Comedy C-dramas for a simple reason. We can’t stop ourselves from binge-watching C-dramas since they’re so plain and realistic. We have every reason to watch our favorite C-dramas because of the excellent cast, well-matched OST, and realistic stories. a list of the Top 10 Comedy Chinese Dramas for 2022 for you to binge-watch.

Because of her international qualifications as a dog trainer, Xu Lai becomes Jin Shi Chuan’s partner when the rescue dog team is made. Her tried-and-true skills help her win over everyone. The two persons are always on the frontlines as reporters and firefighters. They gradually fall in love after numerous life-or-death situations.

Chen Weilan, an eighteen-year-old volleyball genius, has been dealt a major setback after failing to qualify for the national youth squad. After a disagreement with her mother, she returns to her native village and enrolls in the local academy. She enters the beach volleyball competition at her grandfather’s insistence, meeting classmate Li Guoduo. The two become inseparable pals.

Shui Chan Academy used to be regarded as having the best volleyball team in the country, but it can no longer compete. Li Guoduo and Gaoge Zhangluo found a volleyball club, but the members are inexperienced and weak. Chen Weilan and Li Guoduo are in charge of a team of inexperienced members tasked with reviving the club. A series of difficult training and humorous encounters await them on their voyage. Finally, after much effort and determination, the club achieves its goal of becoming the sports team it aspires to be.

Ode to Joy is a building owned by five modern women who live on the 22nd floor in Shanghai. Their connection was rock solid despite their distinct personalities, upbringings, and jobs. But, after time, they revert to being just friends, and then neighbors. However, by working together to solve issues, they become more robust. This Chinese drama has been renewed for a second season. This is the most effective series for demonstrating women’s empowerment.

The novel The Warm Chord by An Ning is the inspiration for the drama Here to Heart. If you want to be submerged in a world of love, hate, and vengeance, give this drama a try! This is a story of a young love that is both profound and enduring. A young couple has been divided due to a horrific accident.

Even after a decade, their scars have not healed. They’ve all made new friends, but they’re still lonely inside. Will one of them take the initiative to rekindle their real love? Their relationship is like a war in which neither party wants to lose. The man declares his decision to marry someone else.

6. Use for my Talent

Gu Ren Qi, a secret clean freak, owns a robot cleaning company that hires Shi Shuang Jiao, charismatic and outspoken. As they get closer and realize that artificial intelligence will never replace humans, they formulate a strategy to provide high-end cleaning services to the masses to improve everyone’s health and quality of life.

5. Love Till the End of Summer (C Drama Comedy)

Another novel-based Chinese drama is Love Till the End of Summer, which is based on Guo Jingming’s novel of the same name. This ten-year series follows a group of ambitious high school classmates whose paths diverge after graduation.

Everyone is chasing their aspirations, but they are all up against challenges such as struggles, departures, imprisonments, betrayals, and the deaths of loved ones. Each friend transforms, and they begin to mistrust their bond.

This play demonstrates what we already know to be true: life isn’t always a bed of roses. It isn’t always easy, and it isn’t always as smooth as we would like True friendships, despite this, play a crucial role in our lives, as this series shows.

Close Your Eyes, Stay Close to Me, Love Me If You Dare, adapted from Ding Mo’s novel, will take you inside the brains of violent criminals. The protagonist, a male, is a gifted criminal psychologist. After working on a serial killer case in the United States, he returns to China as an analyst and advisor for the police department’s most difficult cases. With the help of his aide, they dive into the criminal psyche.

This is a must-see series for fans of mystery/crime and Sherlock Holmes–style dramas. You won’t get bored because it has a romantic and hilarious tone. If romance is your major interest, though, you will almost certainly be disappointed.

3. The Day of Becoming You (C Drama Comedy)

Close Your Eyes, Stay Close to Me, Love Me If You Dare, adapted from Ding Mo’s novel, will take you inside the brains of violent criminals. The protagonist, a male, is a gifted criminal psychologist. After working on a serial killer case in the United States, he returns to China as an analyst and advisor for the police department’s most difficult cases. With the help of his aide, they dive into the criminal psyche.

Han Shang Yan, a CTF cyber-security esports legend, had resigned for a while to start his esports club, K&K, to teach a group of young teenage boys to become professional esports athletes. After a K&K setback in a CTF competition, Han Shang Yan goes to an internet cafe to unwind.

One evening, Tong Nian, a computer science whiz and part-time online singer, assisted her cousin in running his internet cafe when Han Shang Yan walks in and she falls in love at first sight.

Liang Chen is dedicated to making good music and expressing the concept of being kind, genuine, and perfect to listeners. Computer and big data research are two of Lu Jing’s passions. His solid speciality literacy has impacted his peers, and he is well-known in the academic sector for his research into complex human behaviour and psychology. They are initially strangers, but big data draws them together, and they become closer as they pursue their aspirations.