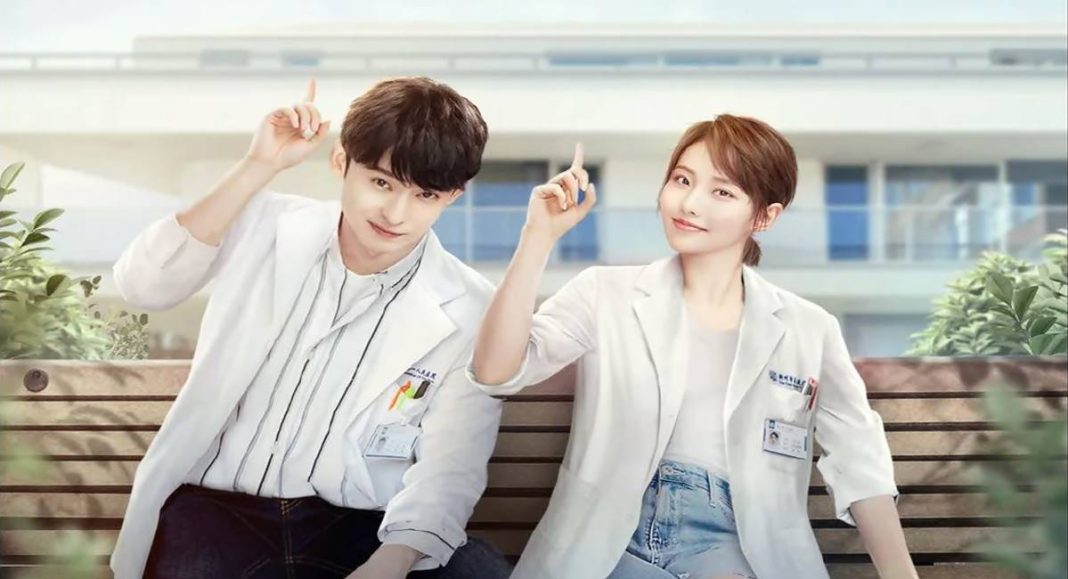 C Drama Doctors: Hello, friends how are you all, I hope you are doing great in your time. We all must be craving for watching a drama series but must be confused about the part which one to watch so don’t worry. I have got you covered. If you love watching medical dramas then this list of perfect for you all Chinese web series drama lovers out there. They are great to watch and give everyone a new experience such that they can enjoy watching it and connect to it.

The number one Chinese drama on the list is this one which is great to watch. this doctor romance drama includes stories of two passionate doctors named Mi Ka and a Military agent named Xing Ke Lei. Mi ka is very busy with her patients while he works day

and night on the border and in the country to save the citizens from any threat which will harm anyone on the city. They meet each other in the training season and they fall in love with each other. This one is one of the best in the present market.

As the name suggests this one drama revolves around the life of a biological researcher and a broker. The researcher is working very hard to make his country proud while the broker is there just to keep up his agenda to do something unwanted. He is after the research work she is working on but he eventually falls in love with her. This drama is also known as Fatal Attraction which is not common and it has only 40 episodes.

The story is about 6 members which are working in a team. One of them is a forensic examiner and a criminal psychologist who is an expert in his work. They all work together to solve criminal cases which are happening within the city. They face many deadly situations while facing the case. The drama has 36 episodes in total which provide absolute entertainment.

The healer of the children is another worth watching drama series on the list. The show features a group of doctors who work very hard to serve humanity. They also have inner competition with each other as to who is best and they want to prove themselves better than one another. There are 44 episodes in the series which are worth watching.

The journey across the night is one of the best medical dramas in the series and a unique one in which the story is about a family man whose family is suffering from Schizophrenia. He wants to study further but away from his home. But he also fears about his family and thinks that he will become the same as them. This Chinese drama has 26 episodes that everyone can enjoy in their free time.

Dear herbal lord is a historical romance drama that focuses on one woman who wants to marry the Herbal Lord. The drama is very unheard which showcases people from around the cities

and also it shows fantasy which revolves around the magic of herbs. The woman wants to marry the King of herbs to get back her powers which she desires every day. The Chinese drama has 24 episodes.

A dashing surgeon seeks to make amends for his biggest blunder. When he is given the opportunity to travel back in time to his final year of high school, he uses his bravery to help his classmate Han Fei and avert a disaster. Han Fei has never left Wu Jing Hao’s line of sight since she unwittingly got him out of a tight position at school. Wu Jinghao begins to observe everything about Han Fei, such as how she is easily distracted in class

and impossible to approach as if she were a hedgehog with spines. Han Fei once brought Jie’s friend out to eat BBQ, but an accident resulted in her buddy being burned and going into a coma.

Shen Zhao Er is the daughter of the palace doctor, and she grew up with Ji Heng, a king’s official’s son. Zhao Er’s father, Doctor Shen, is framed for murder in a poisoning case involving a royal consort, and the entire family is executed. However, the murder was planned and carried out by a trusted friend who had betrayed Doctor Shen. Zhao Er’s entire family dies in vain as a result of this,

but she is saved during the execution and lives. Zhao Er studies medicine diligently in order to gain access to the Ji official family house and examine the scheme that led to her family’s execution. When she finally arrives at the Ji family home as the new heir, when she finally makes it into the family a series of murders follows her. To save her and the ones she loves she has to do something incredible

Cong Rong has always wanted to be a lawyer, but her mother is dead set on seeing her daughter study finance overseas. Cong Rong’s mother will not accept “no” for an answer in the hopes that her daughter

will be able to successfully settle down somewhere else in the world. she has little choice but to follow her mother’s desires after failing to persuade her mother to let her pursue her goals. Does she, or does she not? Cong Rong returns home to work as a legal intern after successfully convincing her mother

that she has left for faraway regions. Cong Rong meets her childhood friend, Wen Shao Qing when she takes on her first case. Shao Qing, who is now a surgeon, is not only Cong Rong’s client, but also her landlord and next-door neighbor. Despite their best attempts, Cong Rong and Shao Qing find themselves drawn closer by the ever-tightening ties of fate. The childhood pals may fight against the links that bind them in a never-ending war of wits, but how long will they be able to avoid the inevitable?

It begins with Chen Xiao Xi, a high school classmate, and Jiang Chen, a neighbor. Xiao Xi, a happy lady who doesn’t study much, expresses her affection for Jiang Chen, a popular boy known for his good looks and academic achievements. They begin on high school life, university life, and adult life with their classmates, the hilarious Lu Yang, sporty but loyal Jing Xiao, and cool swimming team member Wu Bo Song.