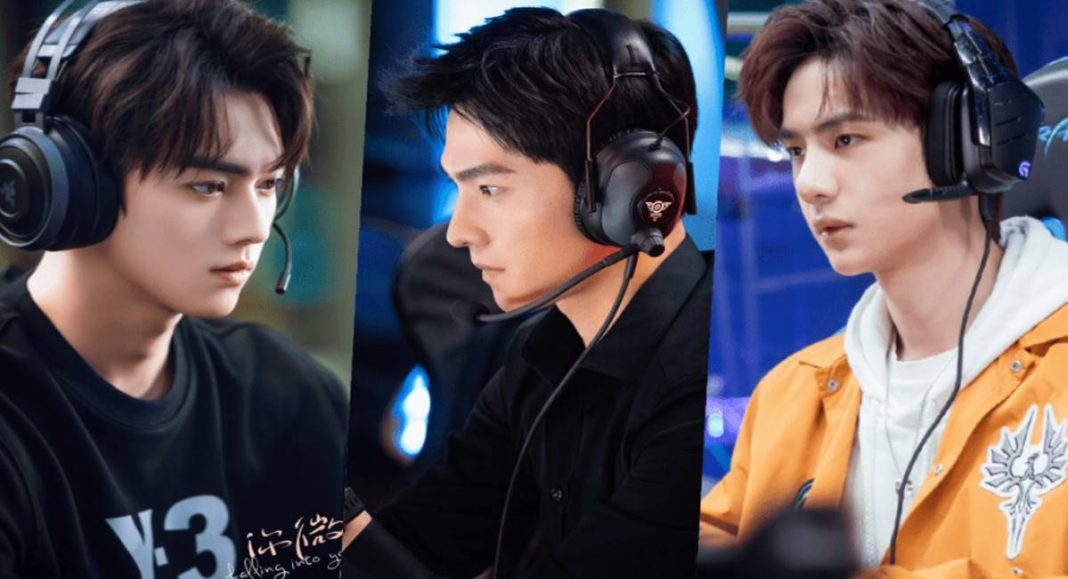 C Drama E-Sports: Esports is a kind of video game competition that usually takes organized, multiplayer video game events between expert players, either in teams or individually. Do you know that nearly half a billion people in China actively participate in video games? It’s no surprise that eSports is one of the fastest-growing categories in Chinese dramas, given the Middle Kingdom’s continued development of tech-savvy gamers. Let’s look at the top 10 C Dramas based on E-Sports in this article.

Ye Xiu is a well-known textbook-level expert and top-tier player in Glory’s multiplayer online game. He was forcibly removed from his professional squad due to a sequence of events. He works as one of the managers at an Internet Café after leaving the pro-gaming scene. When Glory releases their tenth server, he jumps back into the game. With ten years of gaming experience, memories from the past, and an unfinished self-made weapon, you’re ready to take on the world. His ascension to the top begins.

Xiao Nai is a gaming master who also happens to be the most famous student on campus thanks to his basketball talents, academic prowess, swimming aptitude, and game company president. When the incredibly bright wunderkind first sees the stunning computer science major Bei Wei Wei, he falls head over heels. But it’s not Wei Wei’s appearance that catches his attention; it’s the ludicrous mastery with which she commands her guild and owns everyone in an online multiplayer game. Now, Xiao Nai must utilize both his real-life and online skills to win the love of the adorable but eccentric Wei Wei. But does their love have enough XP to succeed, or will they never be able to level up their relationship?

A sweet love story about a lovely singer who develops a crush on a person she is too afraid to approach. In the realm of computer engineering, he is a genius, and in the world of professional gaming, he is a legend. Han Shang Yan enters an internet cafe late in the evening. Tong Nian sees Han Shang Yan while helping her cousin keep an eye on the shop and is in love with him right away. She is normally brave, outspoken, and has tens of thousands of fans from performing cover songs on the internet, but she falters when she meets him.

She’s used to doing interviews, but she can’t say anything to him. He’s icy, hard to reach, and uninterested in girls, but Tong Nian’s distinct personality and relentless efforts to get close to him begin to pique his curiosity.

Thanks to his dedication and talent, Wu Bai has risen to become the youngest star player in the national robot wars championship. He creates a team and competes in the final round, sharing the stage with Ai Qing, the lady who first exposed him to his love. Through the robot competition, both are resolved to promote the popularisation and application of technological robots among the younger generation group,

in the hopes of accelerating the country’s scientific and technology rejuvenation. Wu Bai’s amazing talent draws Ai Qing’s attention as a rival, while Ai Qing’s passion for her career, determination in pursuing her dreams, and outstanding techniques earn Wu Bai’s respect. They both support and lead their respective teams during the competition.

Their meeting was doomed from the start, but their romance blossomed. A love story is about a Tsundere live streamer and an e-sports gamer. Ji Xiang Kong had it all: a wonderful name, good looks, and a slew of female fans. Qiu Ying meets him at an international competition and seizes the opportunity to boost her profile,

completely oblivious that his reputation in the e-sports world has been destroyed. Rather than assisting her, the association harmed her even more. The incident proves to be a blessing in disguise for Qiu Ying, as she discovers her true calling. She realizes by surprise that Ji Xiang Kong is a misunderstood genius.

In real life and the game world, a plot centers around a group of college students. Lu Yu Chen is a Yan Qing University computer science student. He has a high IQ, a compassionate heart, and the capacity to use analytics to solve any situation. He is the type of person willing to serve others,

but he is also the quiet type who can appear cold. Because of an incident, college freshman Xia Xiao Ci, a beginner gamer, meets Lu Yu Chen. She hails from a caring household and has a cheerful personality. Even though their first meeting placed them at odds, Lu Yu Chen gradually finds warmth in Xiao Ci’s contagious smile, and they both work hard to achieve their goals.

Liang Chen is dedicated to presenting good music to the public, reflecting the concept of being compassionate, real, and perfect. Lu Jing is fascinated by computer science and big data analysis. He is well-known in the academic sector for his research into complex human behavior and psychology,

and his strong specialization literacy has influenced his peers. They are strangers at the start, but big data brings them together, and they become closer as they pursue their aspirations.

In fewer than fifteen years, the gaming business has transformed dramatically, as this Chinese esports story demonstrates. Xiao Feng (Lu Han) is an e-sports team leader who barely holds his squad together in 2008 when money is scarce to make while playing games. In 2019, Lu Xiao Bei (Leo Wu) is a wheelchair-bound gamer attempting to get into the industry.

Something happens, and two gamers from two distinct eras find themselves playing the same game at the same moment. They find companionship in one another and are constantly expanding in the gaming industry together. The series revolves around the video game CrossFire, as you could have guessed from the title.

The show revolves around Qiao Jingjing, a high school girl who has a crush on her friend Yu Tu but has been rejected twice after confessing her feelings. After ten years, Qiao Jingjing has established herself as a top celebrity. To endorse a video game, she must improve her gaming skills, or her celebrity would suffer. She meets Yu Tu, who is currently employed as an aerospace engineer but is unsure about his plans. Qiao Jingjing persuades Yu Tu to become her gaming instructor after a sequence of events, and the two gradually fall in love.

The drama is about Tong Yao, a female eSports gamer driven to enter the professional Chinese League of Legends while avoiding contact with someone in the same sector. It is based on the novel ‘You’re Beautiful When You Smile.’

She captures the eye of an elite team boss after winning her berth in the league as a formal female player. Tong Yao works on every task alongside her teammates, despite her misgivings and inconveniences. She grows closer and closer to ultimately standing on the world stage and realizing her ambition.