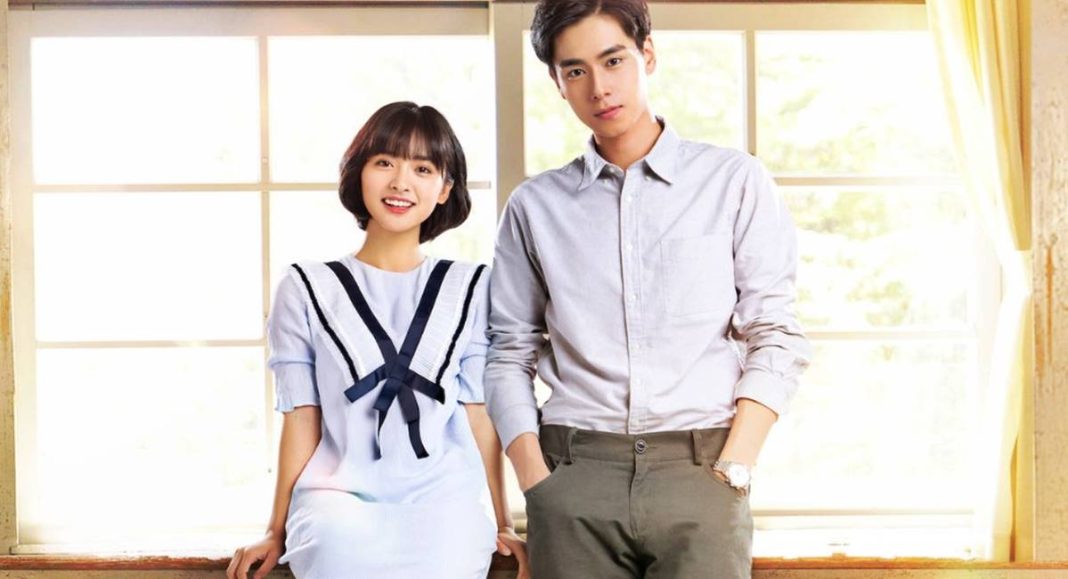 C Drama Highest Rating: K-dramas, step aside. While we cling to our oppas, it’s time to acknowledge the new fad in town. Chinese dramas have a great fanbase all over the world, from historical dramas with thrilling action scenes to modern romance stories that will melt your heart. With fantastic actor lineups and interesting stories, Chinese dramas have recently taken over the screen. As China grows as a worldwide entertainment superpower, more money is being invested in high-quality drama shows. Whether you’re new to Chinese dramas or an experienced fan seeking new titles to watch, here are ten of the greatest to get you hooked!

Bo Yan (Cao Yu Chen) is a stoic thousand-year-old immortal who has dealt with a wide range of mortal situations. However, he unwittingly messes up the marriages in the mortal world, and as a result, he is demoted to the mortal realm. He meets Shangguan Ya (Tian Xi Wei), a quirky young woman who runs a matchmaking company, in the mortal world. They form an alliance to save the world’s marriages from chaos, and they gradually develop affection for each other. Can a human and an immortal, however, truly be together?

The bright and strong-willed Qiu Yan (Qiao Xin) is the daughter of a lowly concubine, despite being born into the famous Qiu family. As a result, the Qiu family pays her little care and is fast to marry her off when she reaches marriageable age. Qiu Yan is recognised as a woman who brings bad luck to her husband after her fiancé dies during the wedding ceremony. As a result, she is compelled to be entombed with her husband alive. To avoid this dreadful fate, Qiu Yan flees but is apprehended by Liang Yi, the cold-faced duke (Jeremy Tsui). Liang Yi notices that she is not like the other submissive ladies in town and chooses to assist her in escaping this perilous situation.

Si Yan (Snow Kong), a beauty blogger, becomes drawn into a mediaeval Chinese-style beauty VR game by accident. She is relegated to the duty of a menial dressing maid, much to her chagrin. Si Yan, unable to leave the game, tries to use her excellent makeup skills and expertise to climb the social ladder and develop a name for herself. Just as things are looking up for her, the game tries to divert her attention with a slew of attractive young heroes on a mission to win her heart! Will Si Yan be able to endure the seduction and reach the top rank in order to escape the game?

Prepare to be wowed by the most attractive man in Fuxian City in Oh My Lord! This drama stars our favourite couple from Make My Heart Smile, Luo Zheng and Ji Mei Han, and follows the story of a fluffy romance full of hilarious twists and turns! This is the greatest 2022 Chinese drama to add to your watch list if you’re seeking for a drama that will make you grin and stars who are easy on the eyes (wink).

If you love Story Of Yanxi Palace, we have some exciting news for you! Despite the fact that Wei Ying Luo and Fuca Fu Heng’s story in Story Of Yanxi Palace did not finish happily, the two have reunited in Royal Feast (squeals)! This time, they take on the roles of Emperor and a food bureau maid. You can expect a lot of delectable culinary sequences in this finest Chinese drama of 2022,

and you might even get some recipe ideas from the more than 1,000 dishes displayed! Doesn’t this drama remind you of the popular Korean historical drama Jewel In The Palace, which has a food theme? Royal Feast has received over 400 million views in just five days, according to Mango TV.

Xiao Xiao (Qiao Xin) is the author of a prominent blog about relationship troubles and considers herself a love specialist. She was humiliated, however, on a popular variety show where she was a guest with Lin Shen (Gong Jun), a professional psychological counsellor. Despite her irritation, Xiao Xiao recognises the importance of honing her skills in order to become a true professional. As a result, she seeks for a career as a psychological assistant, unaware of who will be her supervisor.

After four years, After Is Love gets a sequel, and the same cast returns with even more chemistry than before! While About Is Love depicts the meeting of Wei Qing, a company president with severe obsessive-compulsive disorder (OCD), and Zhou Shi, a young art student who is able to heal his OCD, Maybe It’s Love depicts their life after a breakup. If you try to see Maybe It’s Love without first watching About Is Love, you might find the sequel confusing and difficult to understand. As a result, we strongly advise you to start watching the series from the beginning!

Are you a fan of food-themed dramas but not historical dramas like Royal Feast? Don’t worry, Dine With Love, the most recent Chinese drama, has you covered! This 2022 modern romantic Chinese drama gives you a variety of delectable delicacies that are a visual feast. All of this happens while our two main characters prepare a romantic meal in the kitchen! This beautiful Chinese drama from 2022 is sure to capture your heart – and stomach!

Tian Jue (He Lan Dou) is a comic book fanatic. Her life becomes linked with his after a fateful encounter with a stranger since they share a psychic connection. This guy looks oddly familiar to Tian Jue — he’s An Bai Ye (Niu Zi Fan), a character from her comic book! Even stranger, Bai Ye’s true identity is that of an alien who has come to Earth to look for a mystical stone that will save his planet. He discovers the stone on Tian Jue but realizes that removing it from her will kill her. Bai Ye attempts to fulfill Tian Jue’s comedic fantasies before she passes away, but love gets in the way.

Have you ever fantasized about working as an assistant to your favorite celebrity? You can play out your fantasies in Assistant Of Superstar, in which our female protagonist meets a hugely popular celebrity and becomes his rock of support! This top Chinese drama of 2022 also gives viewers a glimpse into the lives of celebrities and how they differ from followers.