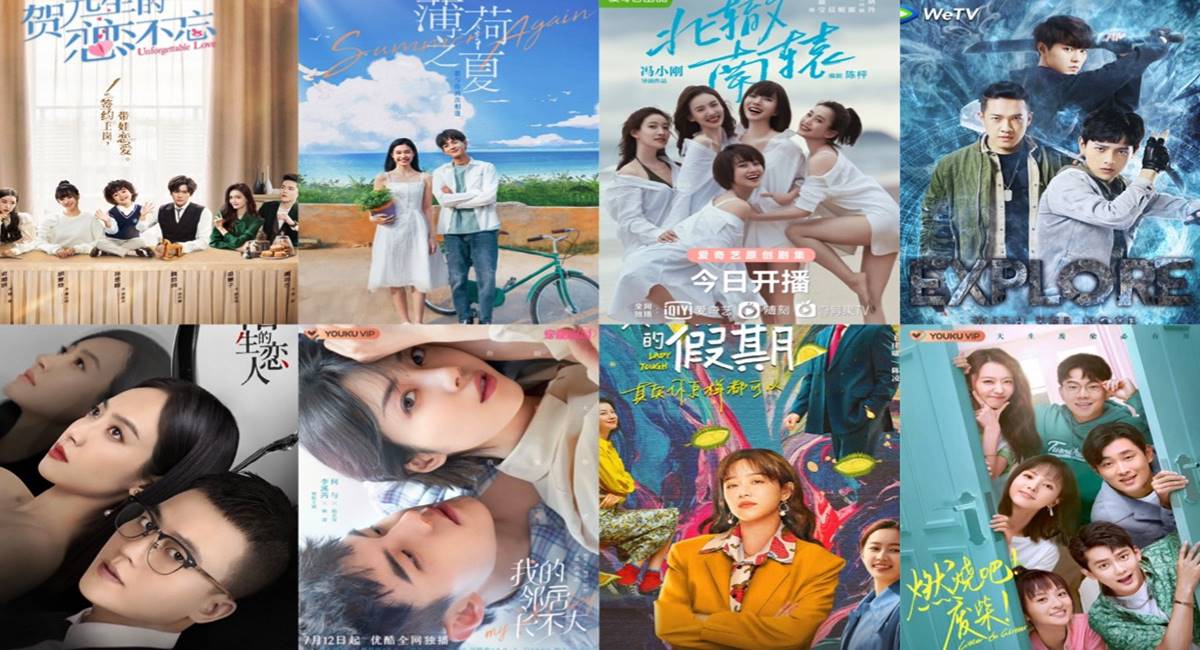 C-Drama: Chinese dramas have recently taken over the screen with fantastic actor lineups and interesting stories. As China grows as a worldwide entertainment superpower, more money is invested in high-quality drama shows. Chinese dramas are quite interesting and do not take up a lot of time. They have a lot of useful information on this language. More C-dramas/TV dramas are produced in China than in any other country.

If you’re looking for entertaining to watch and are interested in Chinese drama, you’ve come to the perfect place. We’ve put up a list of some of the best c dramas.

The love tale of two classmates is depicted in this show. Despite their personalities being opposed, they used to share a workstation. Academically, they are very different. Soon after, they both perceive a strong bond, despite their natures being opposed. They decided to study abroad jointly to receive a high-quality education. However, things changed when a family situation caused them to drift apart, and one of them had to withdraw, and they eventually lost communication. They reconnected four years later, and old flames of love soon rekindled. Qiao Yi gradually realizes her attraction to Yan Mo.

On the other hand, Yan Mo works frantically while keeping his feelings hidden. Even yet, they couldn’t hide their feelings for long. As a result, they decide to inform one other about their feelings for each other. This sequence of episodes will make you fall in love with the c drama’s love story. Even if they drifted away, real love always finds a way back.

The story of Mao Ming Si, Hua Ze Lei, Xi Men, and Mei Zuo in a high school is told in meteor garden. They were approached by an ordinary girl at school one day. Shan Cai is an eighteen-year-old girl from a home with very little resources. She was fortunate enough to attend such an expensive high school. However, she is bullied by her classmate Dao Ming Si, making it difficult for her to acclimatize to such wealthy people.

She remained obstinate despite all of these incidents. Hua Ze Lei was the only one willing to lend a hand to her. He was always there for her when she was on the verge of giving up. The rest of the four eventually accept Shan Cai as the tough girl. She eventually finds that the boys aren’t all evil, and she decides to make friends with them due to a series of circumstances. If you’re seeking for a story of true friendship, this Chinese drama is a great choice.

8. My Girlfriend Is An Alien

It’s a science fiction show about an alien who accidentally gets stuck on this world. On Earth, she meets a very attractive CEO, but he has the bad condition of forgetting about the opposite sex when it rains. She could not return to her planet Cape Town since she had misplaced the device that would allow her to return home. Chai Xiaoqi can pursue men. She detects the hormone released by guys and transforms into a total fangirl. She managed to stay alive among humans in some way. However, when it rains, Fang Leng forgets about ladies due to his sad situation. On rainy days, he tends to forget about the women in his life. These strange circumstances between Xiao Qi and Fang Leng eventually lead to a funny romantic love story. This sweet narrative will make you cry with laughter and fall in love with this Chinese play.

Unknowingly, a cute vocalist develops a strong crush on a difficult-to-get guy and falls in love. The young man is a computer engineering master and a genius with an artistic background. Tong Nian catches a glimpse of Han Shang Yan on an online cafe owned by her cousin. While being a strong, brave, and extroverted girl, Tong Nian fumbles when she speaks to him. She unwittingly falls for him. While chatting to him, a girl with a large following and many interviews cannot utter a single word. With her distinct persona and relentless demeanor, Nian draws her near to him and begins to pique his interest. This show is adorable and a must-see for young people. If you enjoy hard-to-find television dramas, Go Squid is a must-see.

Love 020 is a Chinese romance drama grounds on Wei Wei Yi Xiao Hen Qing Cheng’s novel   Xiao Nai and Bei Wei Wei, two university students who excel at the game “Dreaming of Jianghu,” star in this series. When Xiao Nai sees Wei Wei, it’s the speed with which her fingers move across her keyboard when gaming that strikes him. He falls in love with Wei Wei right away and uses both his online and offline skills to win her heart. The series then chronicles the adventures and drama of the two characters.

Xue Ling Qiao and Tian Jing Zhi star in My Amazing Boyfriend, a romantic comedy with a turn. Xue Ling Qiao, a 500-year-old superhuman immune to death, pain, and ageing, has been accidentally awoken from a century-long slumber by Tian Jing Zhi. As a result, both roles will have to live together. This drama is guaranteed to entertain with all of the squabbling and strife.

Chen Xiaoxi and Jiang Chen, who have been neighbors since childhood and were also classmates in high school, star in this drama. Chen Xiaoxi is a girl with a more outgoing outlook who is constantly cheery and less enthusiastic in the classroom. Jang Chen is an introvert who favors apathetic conduct toward people due to his father’s death when he was still a child, but he is a charming young man with excellent academic credentials. Lu Yang, Jiang, and Chen Xiaoxi prepare for Gao Kao, a university entrance exam held during senior year of high school, alongside their peers. Lu Yang is a great buddy and a great comedian. They continued together throughout high school and university, which led to an eventual relationship.

Here to Heart tells the narrative of Zhan Nanxian, who creates a new firm, and Wen Nuan, a successful professional lady who quits her job to work as Zhan Nanxian’s executive assistant. But it turns out they were previously a couple, and Wen Nuan plans to renew their romance.

Gu Cheng Ze and Li Yan Shu (Tan Song Yun), who were forced to work together when Gu’s mother discovered that her son still has affection for Li, are featured in The Fox’s Summer. This series explores how they overcame adversity and fell in love again.

A narrative about Mi Mei Li, an overweight and insecure woman who transforms into a desirable woman who concentrates on her job after an accident and cosmetic surgery. During this time, a company’s CEO, Xiao Liang, falls in love with her. Watch it to see if there’s a hit-or-miss relationship between the two.