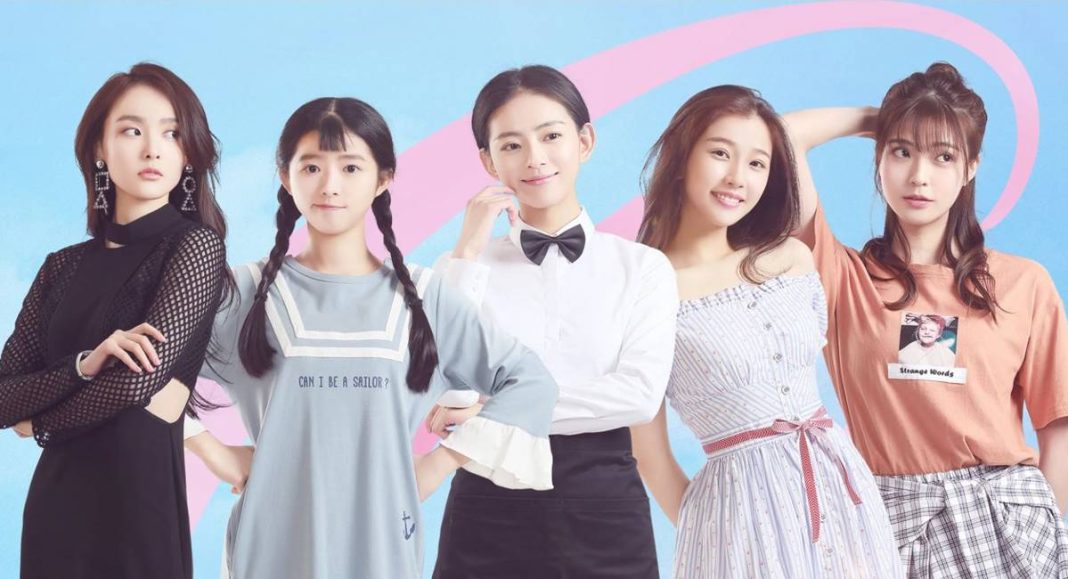 C Drama youth: Do you want to see a romantic rom-com drama set in China? You’ll benefit from this list! It has the best romantic comedies for young people that will make you laugh! Inspirational, set on a university or college campus, hilarious, cheerful, fluffy, or even supernatural! They’re unique, and they’re entertaining to watch! A trailer can be found behind each drama description, so be sure to look at them. Let’s look at the Top 10 C Drama Teens in this article.

Sweet Combat is a beautiful novel set in a collegiate setting. It is based on martial arts Fang Yu is the family’s eldest daughter and the sole heir to her parent’s business Regardless, she aspires to be a boxer and, at the age of 18, she wins the championship title. Ming Tian’s parents are not wealthy, so he drops out of school to earn money. That is when he submits his application for a sports scholarship (even though he has no background). Fang Yu recognizes his abilities and their friendship blossoms.

My Story for You is a C drama adapted on Tang Jia San Shao’s novel of the same name. It all begins in 1998. Zhang Changhong starts his work as an IT developer, where he meets and falls in love with a young woman Suddenly, that industry faces an economic downturn As a result, our protagonist’s job is lost. Finding a new path and regaining success is a huge task for him.

Lin Xing Chen, an heiress from an affluent family, is the protagonist of My Little Princess She is, nevertheless, an illegitimate child. As a result, she must marry well Her main goal is Zheng Chu Yao He is a wealthy classmate at the elite art school where she is enrolled. She misidentifies another man as Chu Yao and tries to entice him to pay attention to her The female continues to run into him even after she realizes he is the wrong guy! As if that wasn’t awful enough, she’s also annoyed that her love interest appears to be a poor student.

Super Star Academy is set in a parallel universe. This C drama is, in general, a good combination of everything Themes like superpowers, fantasy, school, action, friendship, and romance will appeal to you It’s about a university that ranks people according to their astrological indications Cheng Zhi Er has been oppressed for a very long period of time One day, he gets approached about enrolling in this college Her blossoming superpowers are discovered, and a new chapter in her life begins You will enjoy it if you enjoy Harry Potter-style feelings and the thought of a superhero school.

6. Master Devil Do Not Kiss Me

Master Devil Do Not Kiss Me is built on Jin Xia Mo’s novel. It depicts the story of a milk delivery girl who falls in love with Prince Charming He goes by the moniker Master Devil This individual is the Han family’s tenacious heir A poor child loses her mother one day and finds herself not only orphaned but also homeless. Before she died, her mother made a wish. She desired for her daughter to reside with the Han family till she graduated. The wealthy family grants the wish. Furthermore, he insists that the daughter attend the same prestigious school as their son Will she be skilled to make new friends with her new classmates, including the terrifying Master Devil?

5. Put Your Head On My Shoulder

C Drama Put Your Head on My Shoulder is about Si Tu Mo, a young woman who is concerned about her future Graduation is approaching, but she is undecided about her future plans She meets a brilliant Physics student one day and they become fast friends. This event throws a wrench in her anxieties about her indecisiveness. Two of them wind up living in the same house, which sets off an adventure.

In the midst of all the other dramas, this Chinese rom-com will be a welcome break. It’s lighthearted and romantic. It’s ideal for people who are frustrated. Or for those who have just concluded a particularly enraged drama! However, there isn’t much of a plot. If you enjoy love stories set on college campuses, this is a must-read!

I Cannot Hug You was taken from Massstar’s untouchable Line webtoon. The story revolves around an unexplainable attraction that develops between a lady vampire and a regular guy. They are, in fact, neighbors. She is uninterested in her life, but that is until she meets him. For some reason, she feels driven to approach him. Will she be skilled to complete the task? Choose this cheerful C drama if you wish to enjoy a lovely romance!

My Mr. Mermaid is based on the true story of a child swimmer who is wrongfully accused of doping. He eventually reappears three years later. His goal is to compete against a rival of one of his friends. At this competition, he meets a girl, a sports writer. She is supposed to cover the competition, but she has a peculiar phobia that no one is aware of! She is scared of water as a result of an incident that occurred in the past. Are you seeking a sweet and lighthearted Chinese rom-com for young people? You’ve got a lot of them on this list! However, if you’ve seen many of the films on the list or are still undecided, pick this one up!

The story centers around a kind girl and her boss, who is a difficult person to deal with. He makes a girl tremble with fear with every word he says. Since she started working at the company, several secrets have been revealed, which the girl is unaware of. She had no plan that her employer is investigating her. How will the girl deal with her boss, who is strict and unpredictable? If you simply watch dramas for romance, you may find a business to be tedious. As a result, you may choose to trip some sections. Otherwise, don’t be hesitant to give it a try!

The story revolves around an ordinary 18-year-old girl from an impoverished household. She enrolls in a prestigious school for upper-class students due to a fortunate turn of events. As you can expect, getting the approval of others at school is not easy for her. There, she meets a group of four of the school’s most attractive and wealthy boys. They become acquainted with one another’s personalities and even build a friendship (or even romance).