Home ANIME Can it be possible for Sasuke Uchiha to create his own Six...

Can it be possible for Sasuke Uchiha to create his own Six Pains?

I think Sasuke Uchiha wouldn’t care, it would depend on the corpses. For example, if Sasuke Uchiha killed six criminals and then used their bodies to defeat more criminals, I doubt anyone would really care.

Its a little morbid, but remember, the Human Puppet jutsu got Sasori in trouble because he began turning his comrades into puppets, not because he was using human corpses.

As Tobi showed, you don’t need to be immobile to use Six Paths of Pain, but it does help if you are at a point of high elevation, because then you have more signal to send the chakra out over a longer distance. 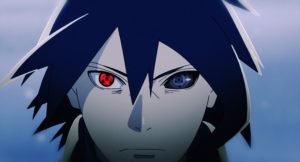 The reason Nagato Uzumaki was immobile was because Hanzo severely damaged his legs and he used the Demonic Statue of the Outer Path to attack people.

The statue sucked so much strength from his body, that even when his legs healed, he just used the jutsu. As a result, his legs atrophied and he was restricted to that chair. 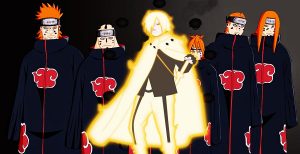 Nagato Uzumaki recover into a healthy state by absorbing Gyuki’s chakra, but he still had atrophied legs.

Ideally, had Nagato Uzumaki absorbe chakra like that while alive and then work out his legs to recover the muscle, he could move around just as easily as Tobi did using the paths.

If I even have missed any great point about this topic. Kindly comment below so as that everyone can share. We’ll be happy to inform us about this within the comments.

So write your comments down below within the comment box you’ll inspect some more of my blogs.