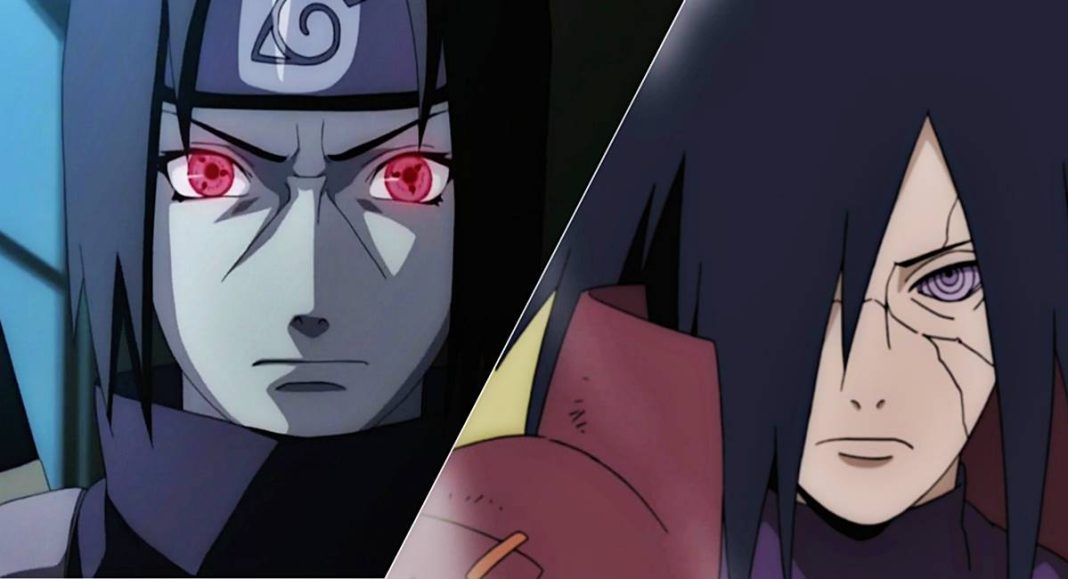 Can Itachi beat Madara?: The Naruto Shippuden television series came to an end after more than 500 episodes and more than ten years because of the profound effect it had on everyone, we were all reduced to tears. Some of the most famous fight scenes ever seen in anime were featured during the whole run of the popular series. The writers made it their primary mission to fall into debt for practically every character’s journey, so we were left with emotional moments and a sense of melancholy.

Among all the memorable and compelling fights, there has only been one fight about which fans have been clamouring. A fight would be decided by Itachi Uchiha or Madara Uchiha.

Who is Itachi Uchiha?

Itachi Uchiha, a top ninja in the Uchiha clan and known as the Clan Killer, has been the star since he was a small lad. Itachi was the youngest Uchiha to ever awaken the Sharingan and later the Mangekyou Sharingan after seeing the death of his closest friend Shisui Uchiha. He was also the consummate professional. Itachi was forced to leave the village and join the Akatsuki, where he is the strongest, after killing every member of his tribe except for Sasuke.

He was a brilliant young man who was adept at learning many of the most cutting-edge techniques. Itachi the Sharingan was his moniker after he unleashed his Sharingan at the age of 8. Additionally, he was a master of the crow-based illusion technique known as Genjustsu. Without them realising it, Itachi was able to easily sway his prey, and he only needed to utilise a small amount of strength to maintain control.

The Mangekyo Sharingan was in both of Itachi’s eyes, which allowed him to use Tsukuyomi. The opponents’ imaginations are captured by this genjutsu manoeuvre into an optical illusion. With his right eye, he could employ Amaterasu as well. By simply gazing at anything, he was able to set anything ablaze with black flames. He could utilize Susanoo once he had activated his Mangekyo sharingan. In addition to the Yata mirror-shield, Susanoo possessed the Totsuka Sword, which shielded him from all harm. The Mangekyo would deplete Itachi’s energy and chakra, causing his eyes to bleed, and render him blind, but he could defeat anyone by simultaneously using both weapons.

Who is Uchiha Madara?

The founding members of Konoha and a prominent figure, Madara Uchiha, exuded strength and knowledge. At an early age, he could overcome Senju fighters, and by adulthood, the combined strength of the five Kage was no match for him. Awakening the Mangekyo Sharingan’s abilities was also his doing. He attained the highest level and was on par with Hashirama Senju, the God of Shinobi, thanks to his strong eyes.

Superhuman strength and sophisticated Uchiha techniques like Susanoo are among his key abilities. The Naruto series’ strongest shinobi is him. In addition to upgrading the Sharingan to the Mangekyo Sharingan, he also unlocked it.

He was able to summon the impure world of reincarnation and obtain the Rinnegan. He’d have unrestricted chakra as a result. He was also capable of regenerating after any attack that would have killed someone else. He even defeated Naruto in addition to Sasuke, Kakashi, Might Guy, and all other tailed creatures.

Obito had concealed his other Rinnegan there, so he ventured there. Soon after, he evolved into the Jinchuuriki with the ten tails, which gave him unmatched strength and power. When compared to Obito’s ten-tailed Jinchuuriki, Sakura asserts that Madara’s chakra level originated from a separate dimension. He had the Truth-Seeking Balls talent and could fly. The might of Madara Uchiha is unmatched in this way.

Madara and Itachi both possess great strength. Itachi is unable to even defend himself against Madara’s power, which he may summon from the Six Paths and the Ten-Tails.

If two of them faced each other, Madara Uchiha would prevail if he did not start to perspire. These details were necessary to comprehend Madara Uchiha’s extraordinary abilities, which at this point were on par with those of a God.

If Madara Uchiha is resurrected, Itachi can compete with him in combat on a reasonable level. With unlimited access to his Mangekyo Sharingan and the release of his Susanoo, he would be able to approach Madara Uchiha’s prowess and talents.

In his battle with Madara, Itachi fought similarly to his younger brother Sasuke. He seemed to be a good match in terms of speed and toughness. Madara can become hypnotized thanks to Itachi’s adept use of genjutsu. Itachi’s speed allows him to easily outrun any form of Madara and land some vital blows to cripple him.

Itachi’s boundless chakra and fully developed skills will probably not be enough to vanquish Madara. The overwhelming strength and power of Madara would likewise quickly defeat him. These statistics give the impression that Madara has few faults and is unbeatable. Though he has lost significant fights as a result of his overconfidence, he does have one flaw.